Lilith has given you your first assignment as a Crimson Raider; reach the Sun Smashers before they give the vault key to the Calypso Twins! 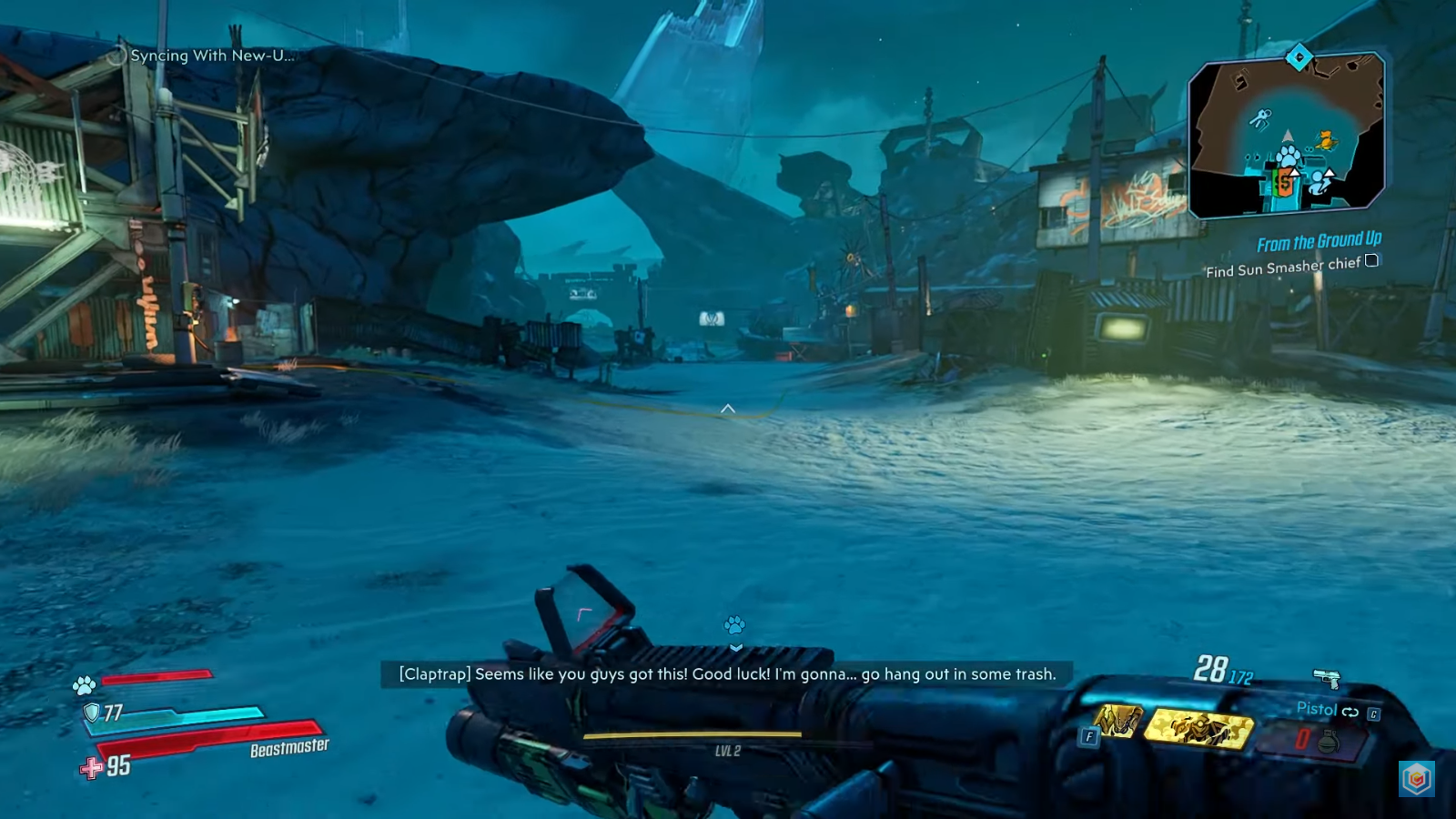 Charge straight out of the propaganda center and you’ll eventually run into some skags that need killing. To your right is a large glowing crate with a sun painted on it; scale that crate to reach the Sun Smasher base. 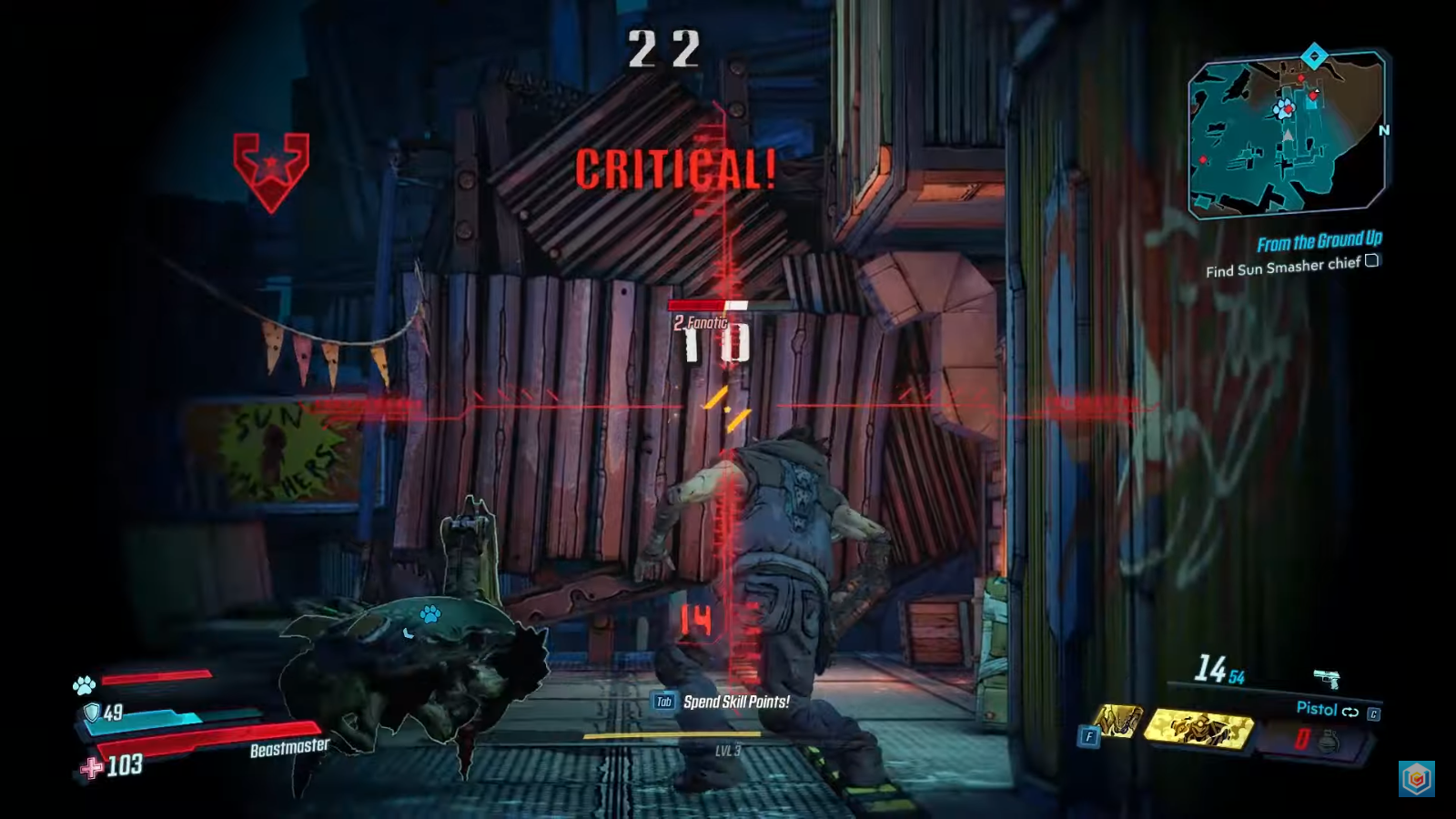 The Sun Smasher base is riddled with bandits, and you can easily go the wrong way and fight a bunch of enemies you didn’t need to. As a general rule of thumb, keep left to progressive closer to your objective. 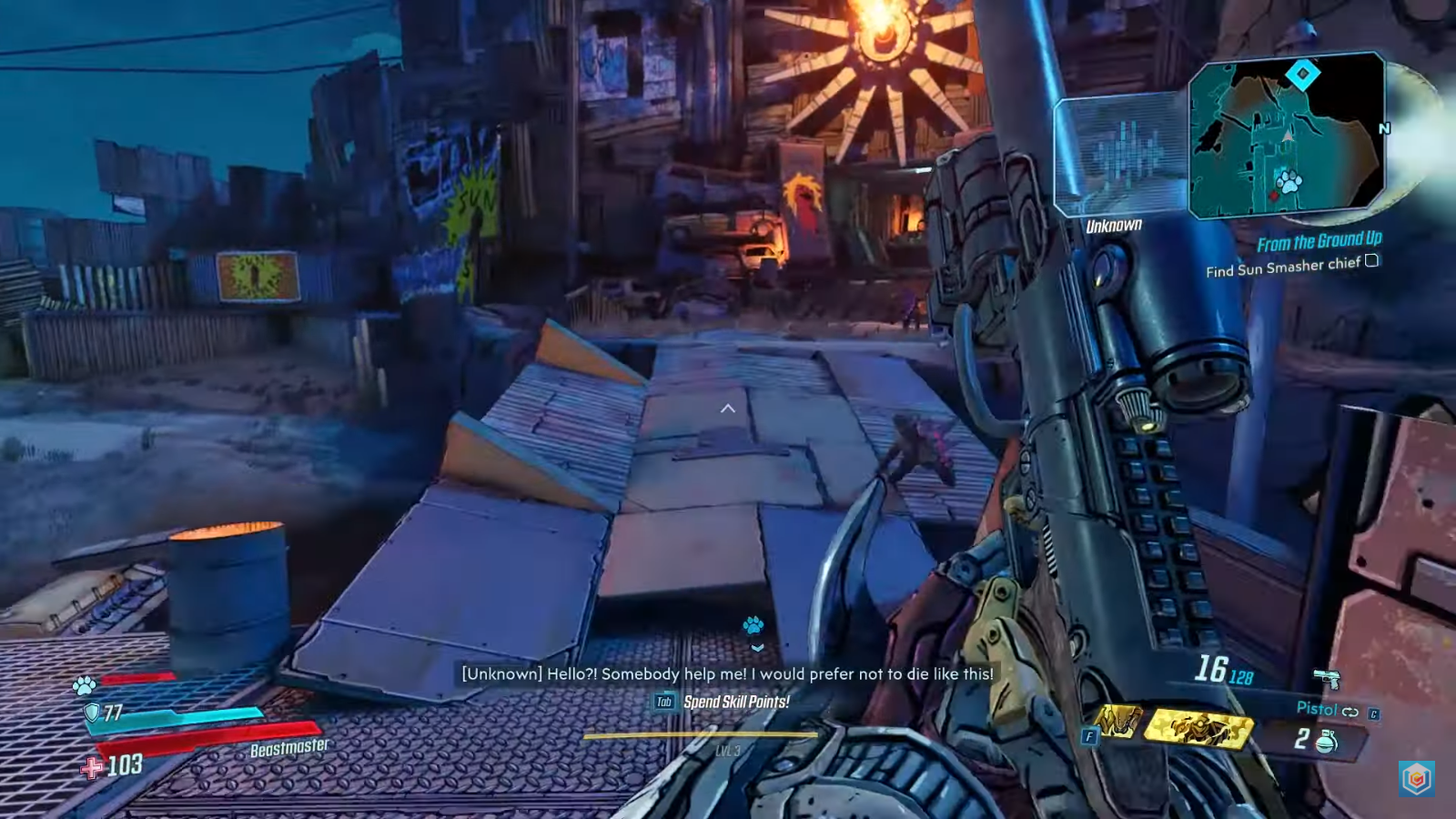 Vaugn is at the end of the base, through a corridor emblazoned with the Sun Smasher logo. Shoot him down from the chain so he can explain what happened to his gang. 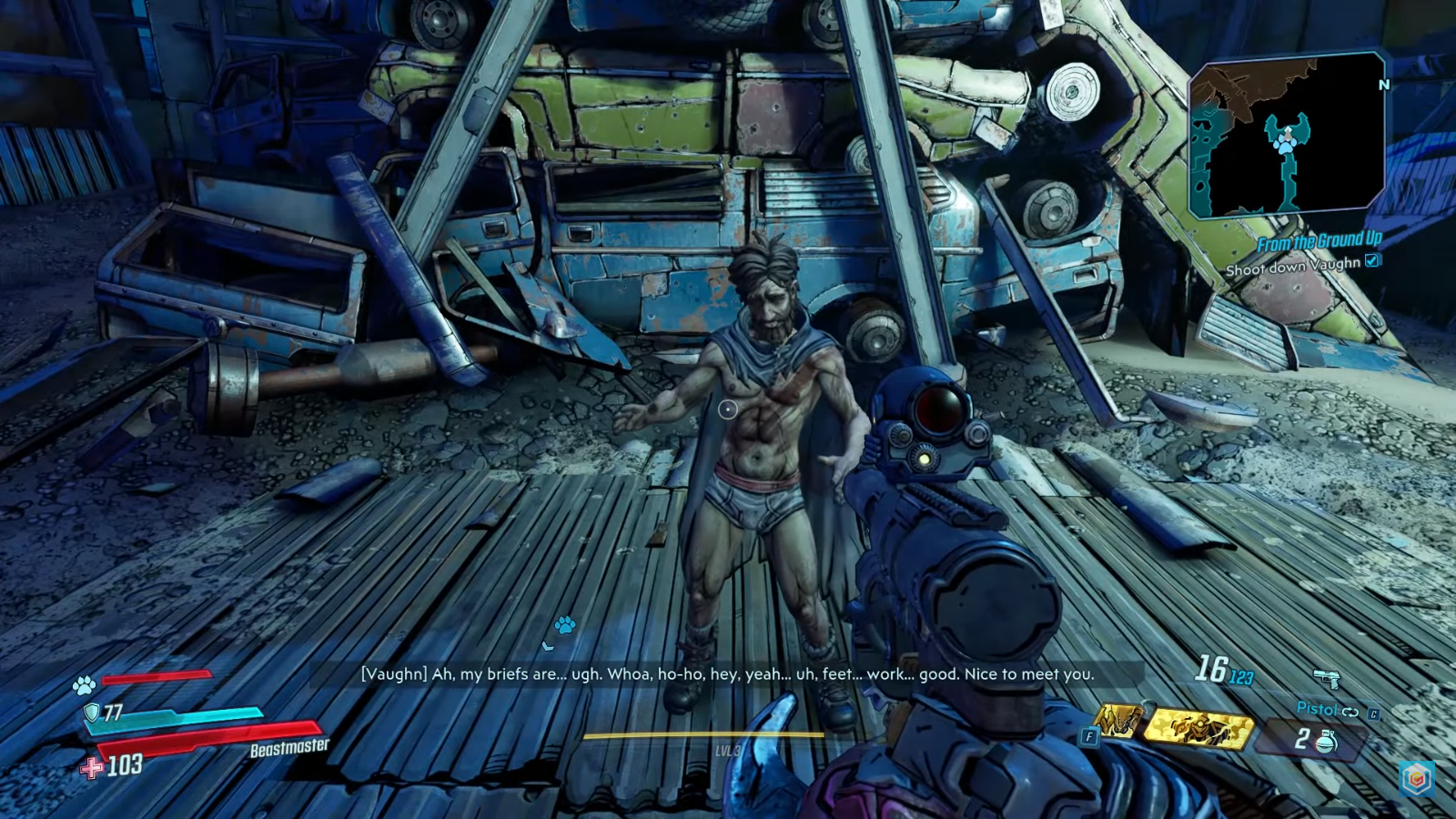 Vaugn will explain that his gang switched sides to the Calypso twins and took the vault key with them. Now gangless, he decides to join the Crimson Raiders and leads the way back to the propaganda center. 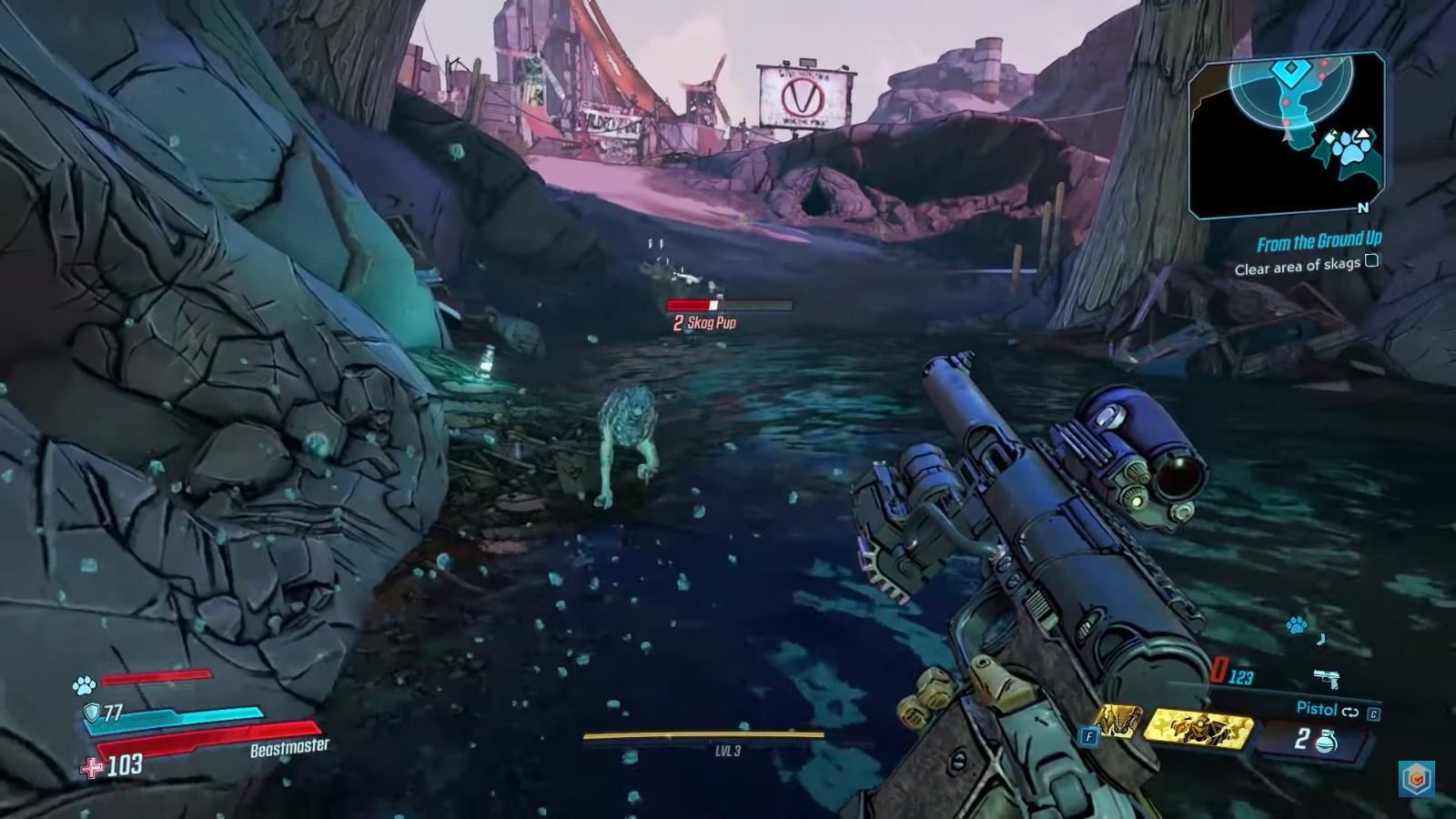 At the same place as before, you’ll be ambushed by skags, with at least one Badass Elemental skag. Vaugn elects not to help since he’s unarmed and in his underwear. 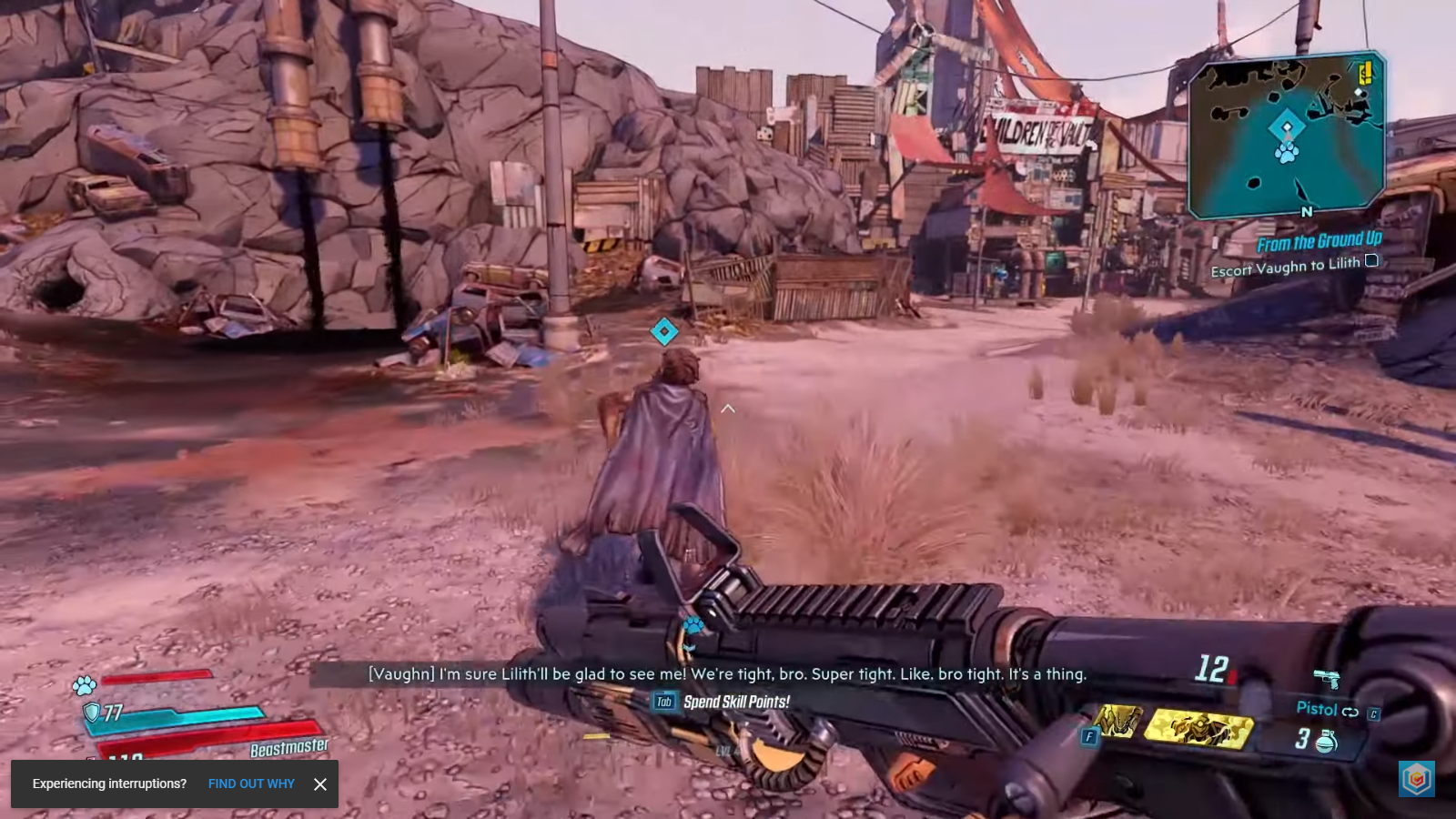 Finally, the coast is clear to return with Vaugn to the Crimson Raider stronghold. Remember to stock up on ammo from the vending machine as you pass by. 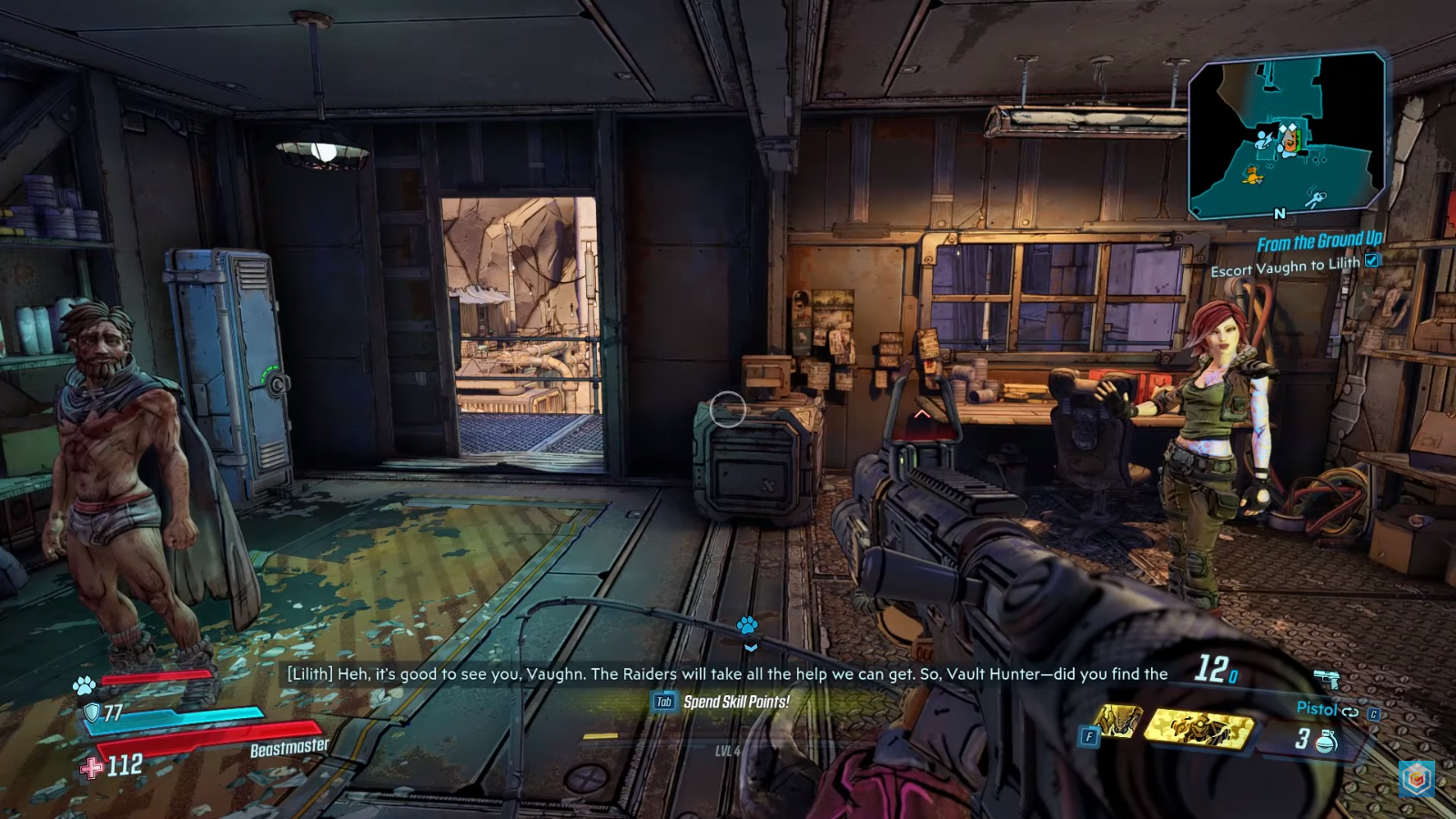 Lilith is glad to see Vaugn alive, but concerned that the Calypso twins have their hands on the vault key. With no other choice but to try and take it from them, she tasks you with raiding their stronghold to retrieve the vault key by force.