Borderlands 2 Claptrap’s Birthday Bash is a timed mission available to us after Bright Lights, Flying City.

In order to activate Borderlands 2 Claptrap’s Birthday Bash optional mission we need to speak to Claptrap in Sanctuary.

He informs us that its his birthday, and he wants us to deliver invitations to some of his closest friends in Sanctuary.

Its been seven years since Claptrap was first built, and he wants to celebrate the occasion. Hes asked you to invite some of his closest friends to his birthday bash in Sanctuary. Once youve done that, all you need to do is have fun at the party!

The first thing to do is to pick up the invitations from Claptraps hand. The moment we get them we have to run around Sanctuary to invite some people.

The closest one is Scooter in his garage, then we go to Moxxi in her bar, and finally we go to the gun store to invite Marcus.

Unfortunately for Claptrap, no one will accept his invitation, so we have to get back alone to his party. At Claptraps place we need to activate the boombox on the shelf nearby to start the party.

When the music is turned on, the mission timer will initiate, saying that we have to enjoy the party. At some point, Claptrap suggests us to eat some pizza, and then blow into a party favor.

At the end of the so called party we speak to Claptrap to complete the Borderlands 2 Claptrap’s Birthday Bash mission, and then we can continue to play some other missions listed in our Borderlands 2 Sanctuary walkthrough. 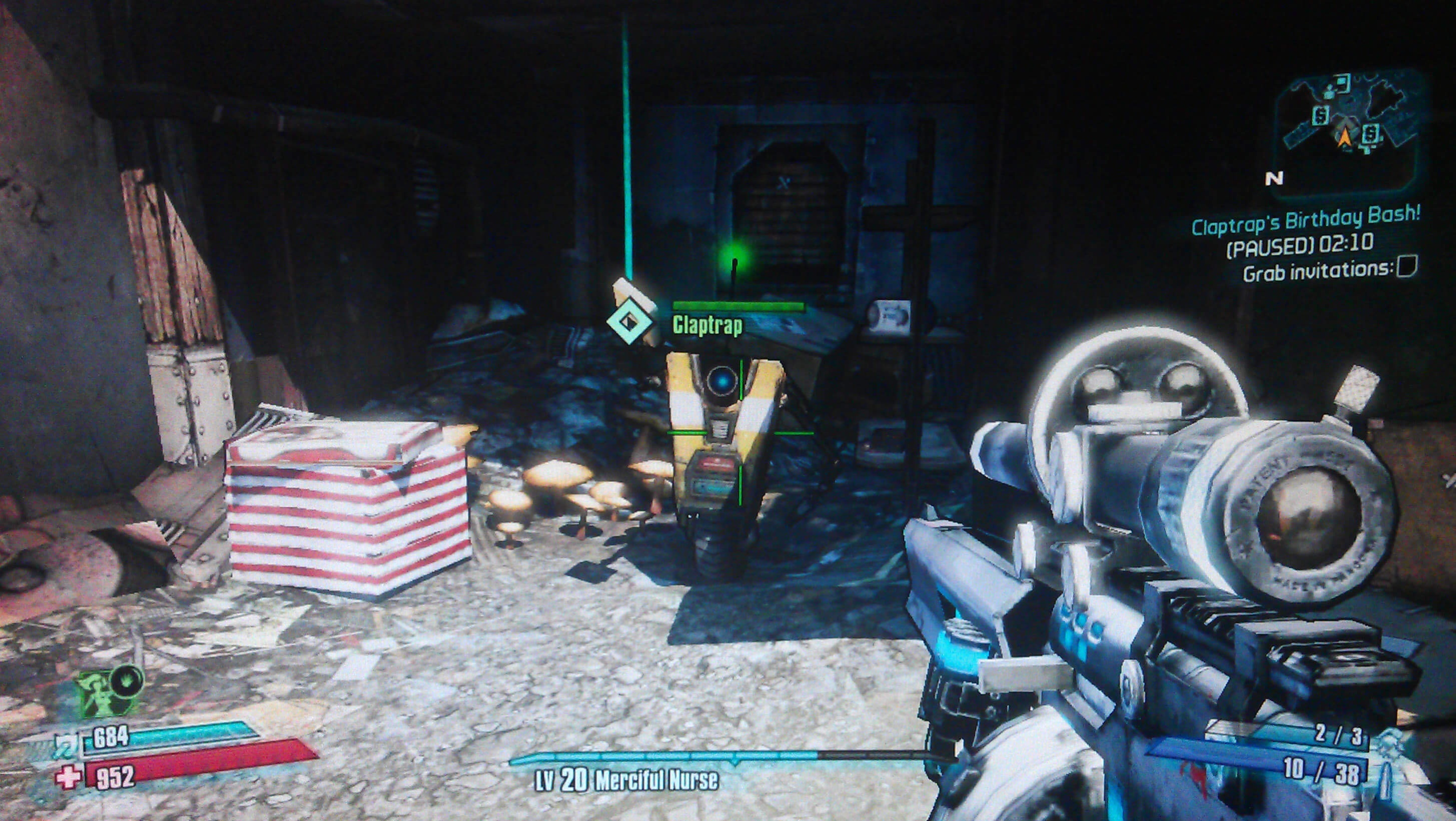