Later in the game, after finishing some story missions (A Dam Fine Rescue or A Train to Catch), we can return in Three Horns Valley area to get a new optional mission (Borderlands 2 The Ice Man Cometh) from the bounty board available at the motel.

In Borderlands 2 The Ice Man Cometh, Roland needs to get rid of some bandits, but Claptrap seems to have a better idea, freeze them to death.

The bandits out in Three Horns Divide have been harassing travelers for years. Thankfully, Claptrap has a plan: if you can shut down all of the bandits furnaces, Claptrap believes the bandits will get so cold that theyll have to run indoors just to avoid freezing to death.

After activating the Borderlands 2 The Ice Man Cometh mission, the first thing to do is grab the dynamite from the crate near the bounty board.

Next, we have to travel to Three Horns Divide and then go to the enemy camp at the marked location (The Drydocks).

Inside we can find some ordinary bandit opponents, but if we are not paying attention in our search for the furnaces, they can surround us and kill us (especially those equipped with grenades).

This means that its a good idea to first search the settlement, and eliminate all of them, and only after we can focus on the furnaces.

When all furnaces have been rigged with explosives, we activate the detonator in the center of this camp. Claptraps freezing plan will clearly fail, and eight freezing psychos will come out to kill us.

They are melee based opponents, so we need to move around as much as possible while shooting them.

This is the last objective and we can now return to the motel in Three Horns Valley to complete the Borderlands 2 The Ice Man Cometh mission. 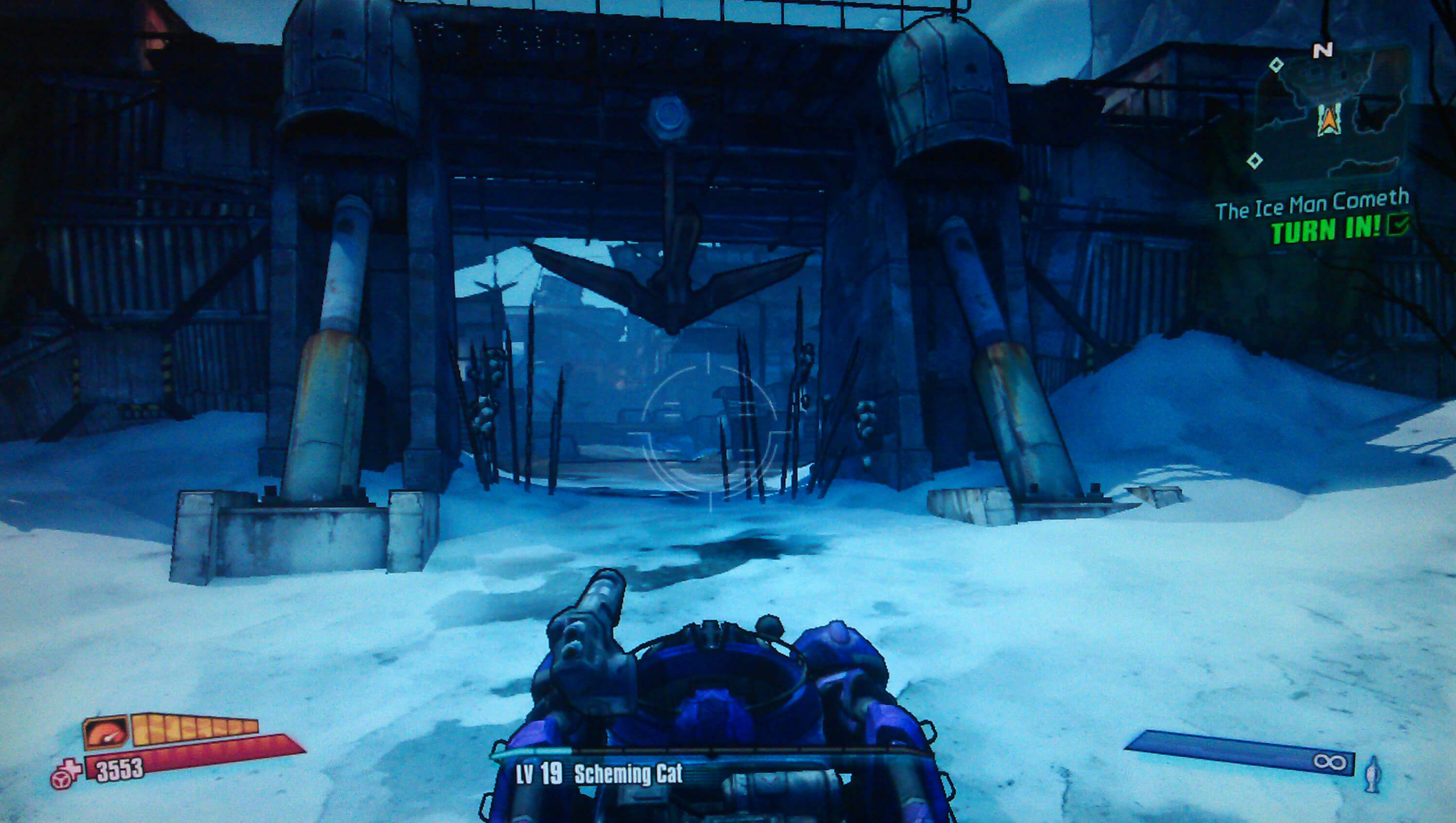