Borderlands 2 The Dust is the first largest area featured in the video game, and can be visited using the northern exit point from Three Horns Valley.

We can travel here whenever we want, and we can acquire some optional missions from the NPCs in this specific region.

Even if we decide not to enter The Dust, the games main story will send us in this zone, sooner or later.

Borderlands 2 The Dust area is connected to Three Horns Valley via an exit point located on the east side of the map, and on the south side, it has an exit point to an important area from Dead Sands region, called Lynchwood.

To the north, it features an entrance to a Hyperion prison named Friendship Gulag, and later in the game another point will activate in the north-western side (it leads to Eridium Blight, one of the three largest areas in Borderlands 2).

Borderlands 2 The Dust is mostly filled with sand, an obvious scenery change; and the landscape features many giant angled rocks that seem to point in a way.

Being one of the largest areas in the game means that we will also encounter new enemy types, in the form of the bandits vehicles and the buzzards, some sort of helicopters.

The non-human enemies in Borderlands 2 The Dust are represented by spiderants, and their variations. As in the previous areas, The Dust includes some enemy establishments, but this time around they are scattered all around the region.

The most important location in The Dust is Ellies Garage, where we can receive some side quests.

We can also visit Hodunk Speedway, the circular roadway in the southern part of this area. It is a good region to free roam and test our vehicles, or to complete any additional missions. 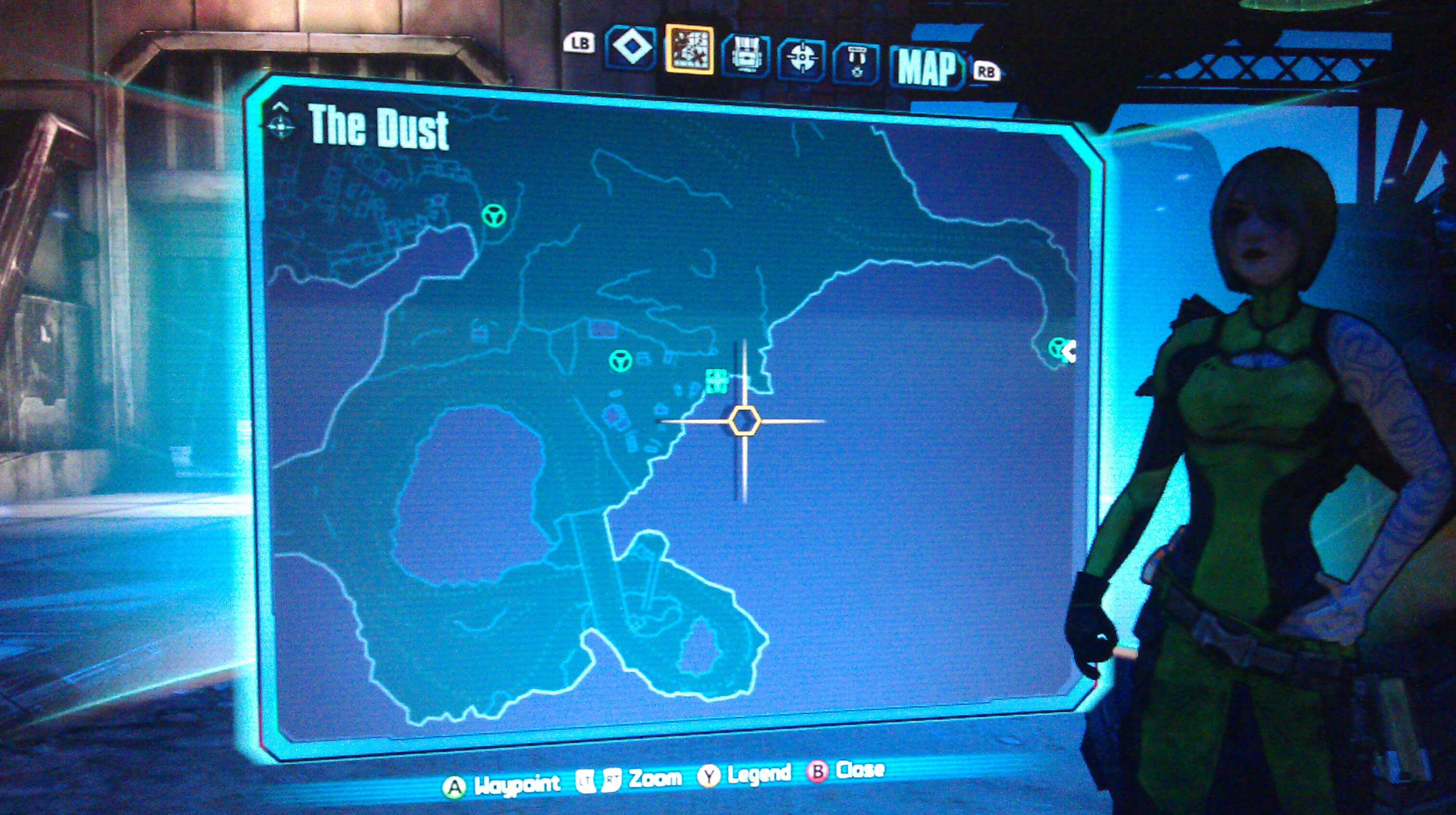