There are several different methods that developers can use to monetize their apps, and in-game videos have proven to be one of the most lucrative options for those in the gaming app business. There are various ways that video ads can be used in gaming apps. Experts in the industry are still working on figuring out the best ways to utilize them, not only to maximize profits, but to benefit players and viewers as well.

Many Players Engage with In-Game Videos

As the industry digs deeper into in-app advertising to understand what works and what doesn’t, there are a shocking amount of positive results surfacing for in-game videos – particularly rewarded videos. The simple fact of the matter is that many people watch ads when they’re placed properly or offered for the right reasons.

Over half of highly engaged mobile gaming users prefer to “pay” for their gaming apps by using rewarded video ads, installing additional apps and completing surveys. The most popular choice of all options is to watch video ads.

Videos can be used as Virtual Cash

People love to play games on their smartphones and other portable devices, but no one wants to pay for the apps. There are even apps dedicated to providing up-to-date lists of mobile games where you can get free items, etc. 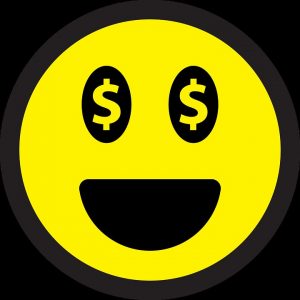 This is a universal understanding that has left app developers with the challenging task of monetizing their app without asking people to pay for it. It was previously believed that the best way to do this was by offering in-app purchases, but it’s becoming more and more clear that players would rather watch videos for rewards than part with their money to advance in the game or earn bonus items.

As a player, in-game videos can benefit you because you can use them as virtual cash to advance in your game. It’s not such a bad trade-off as these advertisements are usually entertaining and have something to offer you that you might actually want.

As an app developer, it’s important to understand the general audience that will be viewing the ads you choose to place in your app for rewards. If you don’t want to turn players away, you should provide quality content that they will be able to relate to. This will help you gain long-term users and ultimately monetize your app.

Unity Technologies has recently released an important report analyzing in-game ads and users’ responses to them to learn more about the most successful types. The Unity3d report, titled In-Game Advertising the Right Way, surveyed more than 2,000 mobile game developers and players. The survey concluded that 71 percent of the players admitted to watching in-game video ads. More than half of the players prefer paying for a game they like by using rewarded videos.

These results are surprising to many app designers and marketers. Before this survey surfaced, it was believed that the majority of players preferred in-app purchases, but the truth is that only 11 percent of the players surveyed actually prefer them.

In-game video provides benefits for both players and developers. Since the videos are normally personalized by being geared toward the specific niche audience for the game, players might actually find some use for the products and services advertised. At the very least, they can be rewarded for watching the videos. The biggest benefit for developers is the easy app monetization. Companies like Appnext provide plenty of services through which ads can be distributed by monetization platform, increasing the chances of profits through in-game videos. Win-win.