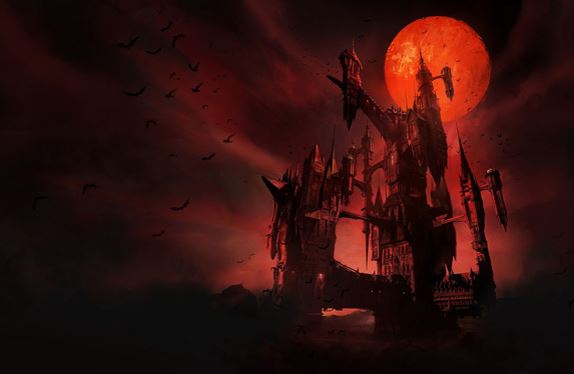 Castlevania fans waiting to crack the whip and slay Dracula won’t have to wait much longer—the latest entry in Konami’s beloved franchise is a mobile game brimming with evil monsters, blood-thirsty demons, and terrifying in-app purchases.

Okay, we’re not entirely sure about that last part, but what would a mobile game in 2018 be without in-app purchases? Look no further than Fire Emblem Heroes, Super Mario Run, and Animal Crossing: Pocket Camp as evidence of a giant video game publisher testing—and succeeding—in the waters of free-to-play mobile gaming.

But is it what the fans want? Let’s take a look at the latest entry in Castlevania and what it means for Konami’s historic franchise.

What do we know about Castlevania: Grimoire of Souls? Set in a future where Dracula was eradicated, word of his inevitable resurrection reaches the eyes and ears of our hero, Genya Arikado. Arikado is described as being unsociable and hard to approach, but he also happens to have “unworldly good looks” and is (naturally) the only one with the power to stop the evil lord D from rising and ruling the world.

Arikado is joined by Lucy, a “highly competent research magician” who helps him navigate Dracula’s Grimoire. Classic Castlevania characters can be unlocked as well, including Alucard, Charlotte, Simon and a variety of Belmonts.

Gameplay-wise, Grimoire looks like classic side-scrolling Castlevania with a twist: real-time co-op enables players to fight with each other online and against each other in 4v4 competitive matches. The game features a mix of 2D and 3D graphics and it an assortment of currencies, weapons, characters, outfits and collectables to obtain. 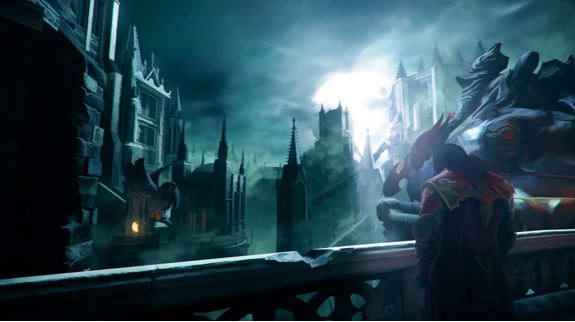 Released in 1986 on the original Nintendo Entertainment System (NES), Castlevania quickly developed a legion of fans that craved the formulaic yet transfixing design of a Castlevania game. In fact, the design philosophy of the series will likely outlive the games themselves; “Metroidvania” is a video game genre unto itself.

Named in honour of Metroid and Castlevania for inventing the mechanics players still adore, Metroidvania games involve a hero travelling through a sprawling (commonly 2D) space, seeking new upgrades that allow them to access previously unreachable destinations. For instance, gaining the ability to double-jump, drop bombs or dash quickly opens up new sections of the map to explore.

Beyond the 32 video games that comprise the entire franchise, Castlevania is now a Netflix original series. Although the first season is only four episodes of hypnotic demon-slaying action, the series was well-received and has been renewed for an additional eight episodes.

There’s even a Vegas-inspired Castlevania video slot machine game – not entirely surprising given Konami’s background in Pachinko parlour spin-offs, but we never thought we’d battle skeletons, wyverns and Dracula himself while spinning five-reels. The icing on the cake is the classic Castlevania theme music that plays while you fight (or spin) your way towards Dracula’s castle.

Unfortunately for Konami, a mobile game isn’t exactly what fans have been asking for.

While Konami is sure to pocket a pretty penny from any in-app purchases, die-hards have been clamouring for a full-fledged Castlevania game since 2014’s Castlevania: Lord of Shadow 2. Plagued with development problems and steeped in controversy, the game was a lacklustre attempt at bringing Castlevania to big home consoles at the time (PS3 and Xbox 360).

Four years later and a mobile game is all we get? Has Konami been listening? (The answer, as ratings show for the Hideo Kojima-less Metal Gear Survive, is a resounding “no.”)

Purists still regard the 1997 classic Castlevania: Symphony of the Night as the high-point in the thirty-year-old series, and many people would be happy to see a modern day remake or remaster. Others fell in love with the pixelated gems Dawn of Sorrow and Portrait of Ruin for the Nintendo DS, and have their fingers crossed for a Nintendo Switch original.

Will Castlevania: Grimoire of Souls be the soothing balm fans have been waiting for? It’s hard to tell at this point—the game is currently exclusive to Japan and there’s no news of a Western release. However, given the popularity of the Netflix series, it seems like only a matter of time until we’re slaying vampires on our iPhones.

Despite the controversy surrounding Konami’s mobile attempt, Castlevania remains a beloved franchise and continues to inspire a new generation of gamers and game developers. Here’s hoping Belmont, Alucard, and Dracula get the proper video game treatment next time.