Every Overwatch player has been there. You’ve been queued for almost five minutes when finally a game loads up — you’re excited for exactly 2.3 seconds before that word pops up: skirmish.

You pick a character — probably Widowmaker, who you never play outside of skirmishes, but hey, maybe someday… (Maybe never.) You putz around the map, checking things out.

And then you hear it: the telltale sound of rollerblades.

Maybe you try to get away, maybe you try to line up a shot. But the sound is getting closer. You’re cornered, no backup. The enemy Lucio whizzes into view, and you’re hiding behind a sniper rifle you haven’t the slightest idea how to use. 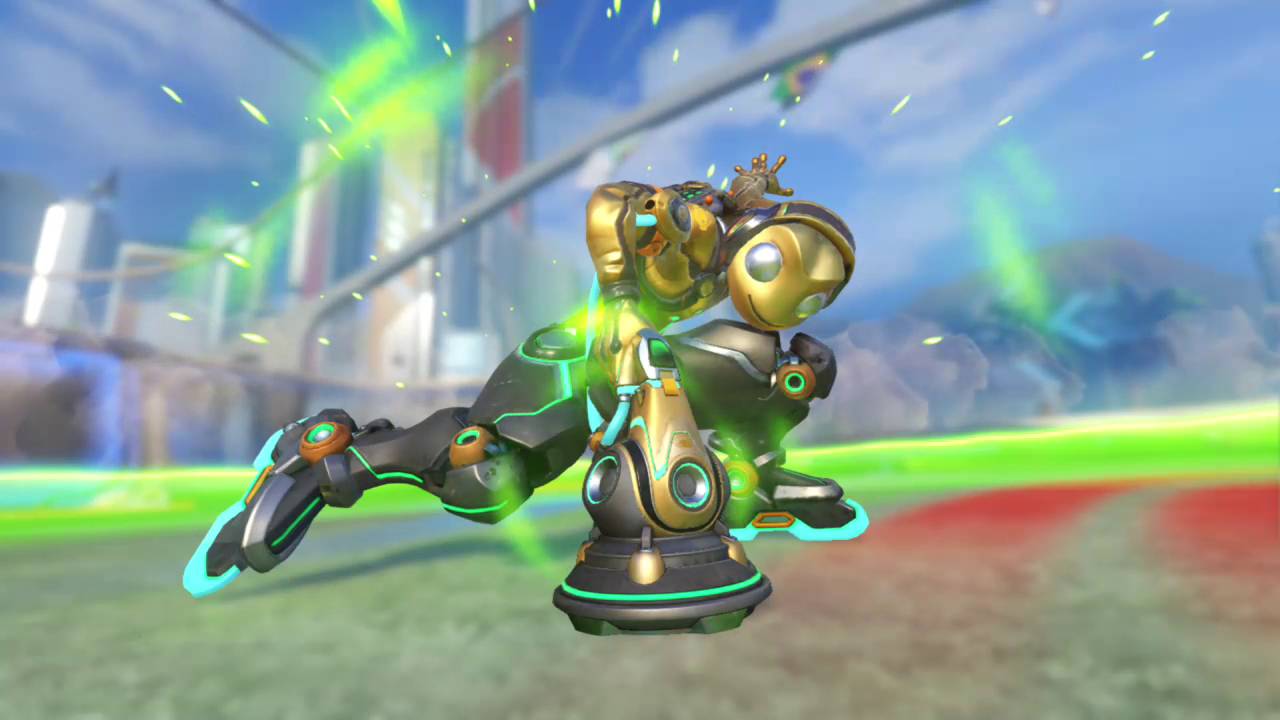 And then, the unexpected happens.

And you wave back.

In fact, you stand around waving for a full thirty seconds. You use your emotes to pose at each other. You use your voice lines to create a conversation that makes no sense. You hop around. You spam crouch and walk around with your guns pointing at the sky. As other players show up, they join in. A Genji bows to you. A McCree runs up just to say “Howdy!” Then ambles off with the enemy Sombra. If anyone has the nerve to start shooting to kill, everyone gangs up on them, including you — even if they’re on your team.

Once the real match queues up, all this goodwill will be sacrificed in the name of competition. But for now, you’re happily ensconced in what I call a “hello skirmish,” one of my favorite features of the Overwatch community to date.

The idea of a “hello skirmish” is fairly simple: when you see the enemy, you wave instead of fighting them. Once you’ve established that you and the enemy are on good terms, an unofficial ceasefire is declared for the rest of the skirmish. Anyone who breaks these rules is harshly punished for throwing off the emperor’s groove. The result? Some of the most wholesome moments I’ve had in Overwatch, since the game released in May of last year. 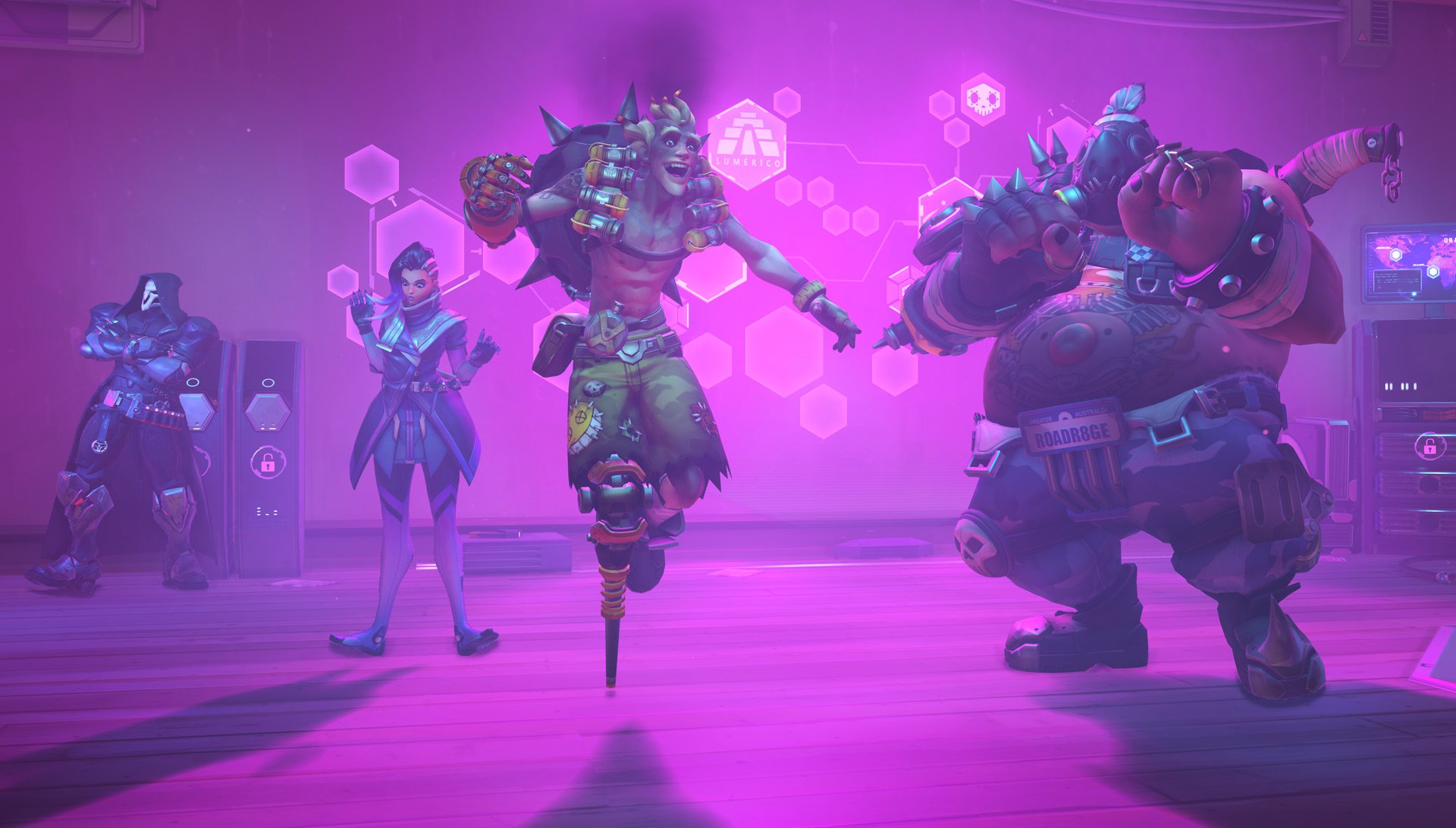 It’s surprisingly difficult not to hurt an enemy combatant in Overwatch — the tools one has for engagement are incredibly limited. It’s extremely easy to shoot or pummel someone to death. But hug them? Impossible. “Hello skirmishes” utilize the extremely limited non-violent modes of expression available to players to unique ends.

I’ve seen players play jump rope between two Mercys, and give each other tours of cool map details they may have missed in the heat of battle; I’ve seen two D.Vas go head-to-head in Galaga, while their teams cheer them on. I’ve seen players blow each other kisses, laugh at unheard jokes, and climb buildings together. I’ve seen a Zarya/Reinhardt flex-off. I’ve even seen a full team of Hanzos combine their ultimates for a stunning six-part sky dragon. It’s amazing how creative players can be, even with the limited toolset they’re provided.

There’s a reason you generally find these “hello skirmishes” in the game’s skirmish mode, or custom game modes. The competitive — sometimes borderline toxic — atmosphere of Quick Play or Competitive renders these types of interactions almost impossible there. (Overwatch is, after all, designed to be a competitive game.) But in a skirmish, the points are made up and the rules don’t matter. What’s more, when a game finally queues, you’re just as likely to be sorted onto the team you were up against in skirmish — it pays to be nice.

Still, it’s uplifting to see players find ways to connect like this, using the few tools they have available. And it’s especially cool to see devs supporting that expression with the release of new non-violent tools like dancing emotes. Overwatch’s newest “hello skirmish” inspired craze has been in-game dance parties, which are just as cute as they sound.

Ultimately, “hello skirmishes” prove just how creative and cool the Overwatch community can be, in spite of the abundance of avenues for the douchehattery typically associated with FPS. The way Overwatch players can come together to create an atmosphere of fun and camaraderie with total strangers is an experience I’ve struggled to replicate in any other competitive game. And I think that’s something worth celebrating — maybe in the form of a dance party or two.