Grand Theft Auto V Knife Flights Aerial Challenges along with the Under The Bridges Aerial Challenges count towards the 100% completion you can achieve in GTA 5; but similar to the latter, they require specific locations in Los Santos.

The following Grand Theft Auto V Knife Flights Aerial Challenge Locations Guide includes a map revealing the said locations, as well as information that will teach you how to perform a Knife Flight.

While there are 15 locations where these stunts can be completed, you only have to perform 8 Knife Flights to get the 100% completion objective.

A Knife Flight in GTA 5 is a plane stunt that can be learned by all characters in the game who visit the Flight School.

Unlike an Under The Bridge Challenge, the Knife Flight can be performed only if you use a plane.

A Knife Flight is a stunt that requires coordination and patience, because there are several rules you need to follow if you want to successfully perform it.

How To Perform A Knife Flight In GTA 5

The most important aspect you have to be aware of is that the Knife Flights in GTA V can be performed only in specific locations from Los Santos.

These locations are marked on the map below, and you have to visit them, in order to perform these stunts. As a rule, on these locations, you will usually find buildings between which you will have to fly. A Knife Flight, is a stunt that begins the moment you roll your plane to one of its sides (left or right).

What makes these stunts hard to perform, is the altitude that must be maintained in order to avoid a possible collision.

The altitude requires you to use the planes rudders. For example if you roll the plane to its right side, you must use the left rudder (LB on Xbox 360) to maintain the planes altitude.

The same rule applies if you perform a Knife Flight on the left side, but you will have to use the right rudder. Since these moves become trickier if you fly in a fast plane, you should consider attempting them using a slow plane, such as the one from Trevors airfield.

While flying towards one of the points marked on your map, you have to be aware that if you hit a building, you will fail the challenge.

Furthermore, if you fly over the building you will also fail the challenge. To successfully complete a Knife Flight you must fly as low as possible, and without crashing. A good idea is to roll the plane several seconds before reaching the areas between the buildings.

Additionally, the Knife Flights should be completed as Trevor because of his skills as a pilot. 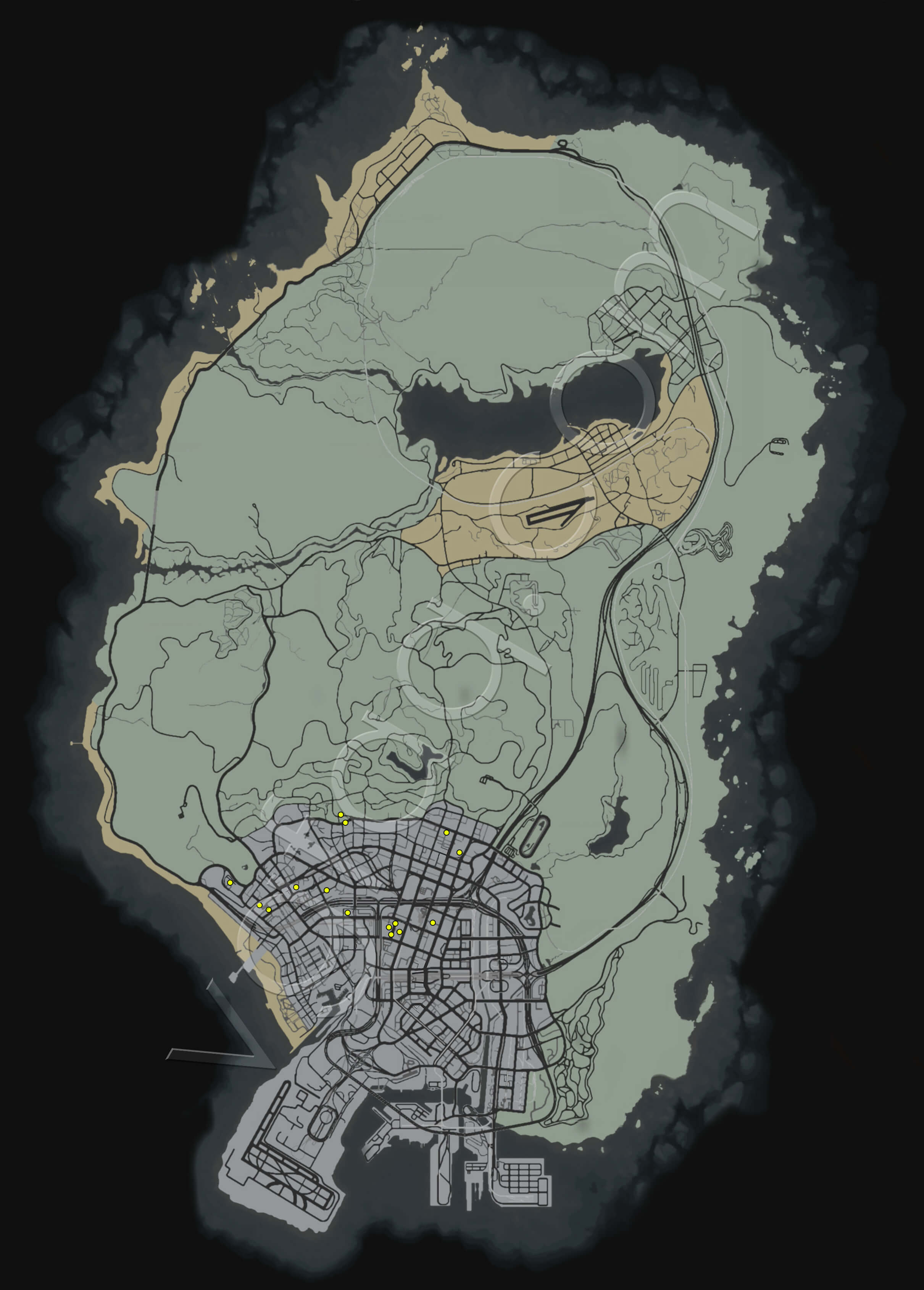