You can start The Oracle of Snowspire quest in Fable Anniversary after you travel to Long Bay using The Ship of the Drowned. The quest begins once you reach the Snowspire Village.

Scythe says that you need the wisdom of the Snowspire Oracle, but to speak with it you will need the Glyphs of Inquiry that were buried long ago in the Necropolis by four acolytes.

The full details of the quest are revealed in the next Fable Anniversary walkthrough, along with some useful hints regarding the locations of the glyphs.

Although Scythe reveals himself when you arrive in Long Bay, the quest officially begins when you reach the Snowspire Village.

However, there are many goodies along the way to the village, so its not a bad idea to spend some time searching around. After you speak with Scythe about the Oracle exit to Archons Shrine and head to the entry to Northern Foothills.

There are a few Balverines and Wraiths in your path, but you can ignore them if you dont want to pick a fight. When you reach the door to Necropolis the guards will show you the way in, but wont join you since the town is full of ghosts.

There are four tablets containing the Glyphs of Inquiry (Moryk, Yeron, Calran, Avisto). The tablets are buried in the graves from the area, but there are more graves than tablets, thus their location is random. If you dig up a tablet with a red Glyph you are attacked by minions.

However, its worth to search every grave if you want to get some useful items, but pay attention not to be ambushed by Wraiths and Balverines.

The last Glyph is always in the same place, inside a tomb on the far west side of the map. The path is guarded by an Ice Troll who can give you a good beating if he catches you off guard. Use the same tactics as the ones used on a Rock Troll and then get past him to reach the tablets location.

But once again, you are ambushed and you must defeat your enemies, two Summoners and two Minions, to proceed. Only then you can acquire Avistos Tablet.

The quest ends at this point, but Scythe calls you back to Snowspire Village to awaken the Oracle to find out how to defeat Jack of Blades for good. 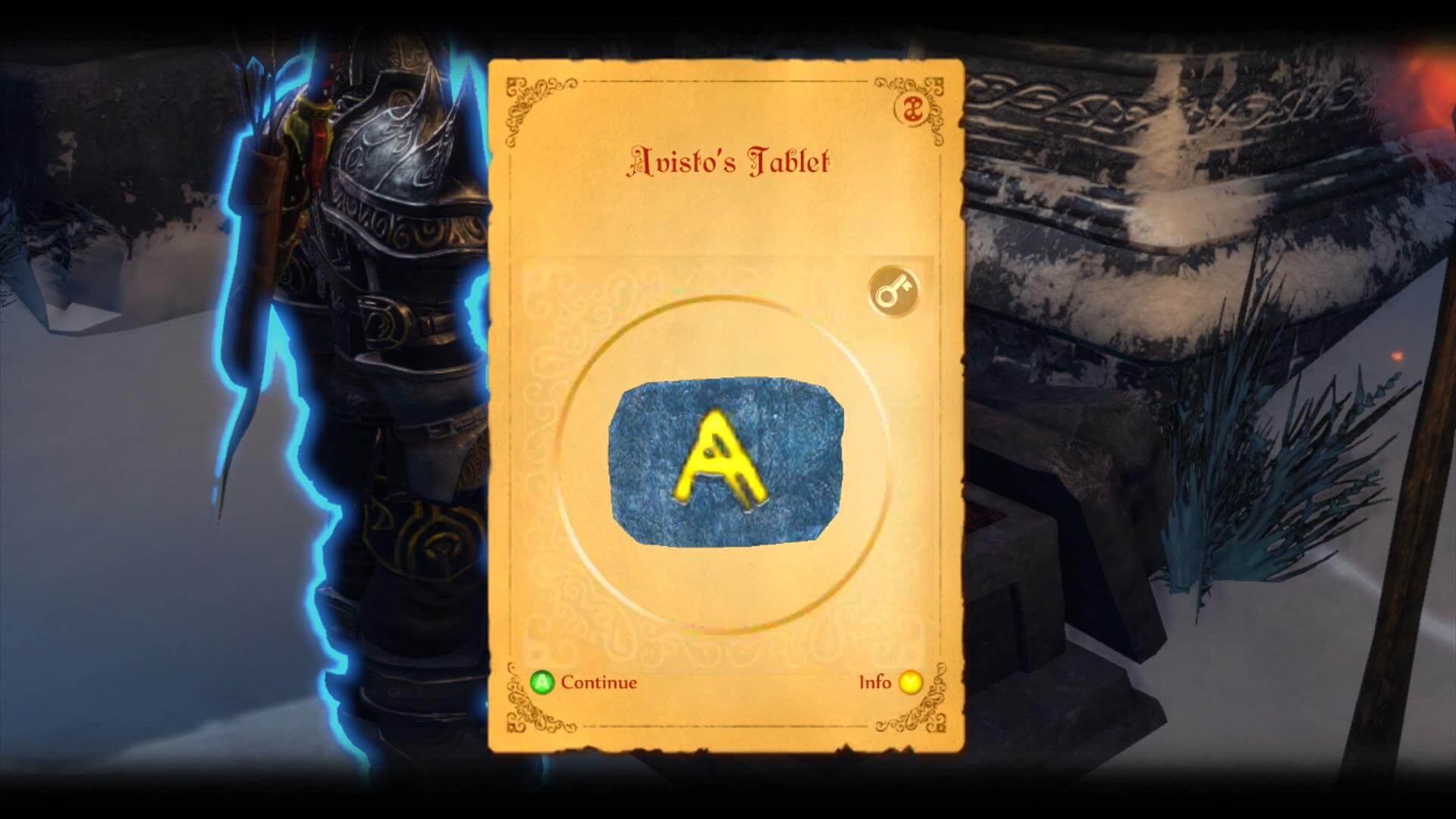