The Graveyard Path is available in Fable Anniversary after you rescue the Archaeologist who reveals a secret path into Bargate Prison.

Your task is to locate the entrance in the graveyard and find a way to open it, since its guarded by a Demon Door.

The complete walkthrough for The Graveyard Path main quest can be found below as a text, to show you each step that you have to make.

Travel to Headsmans Hill and go to Lychfield Graveyard. First you should talk to the Demon Door to find out that he will only open for Nostro.

Head across the road to the gravekeepers hut to hear him talk about Nostros armor set.  You need to speak with him to open the gate, but before that you may want to take the first piece of the armor, Nostros Helmet, from a shelf inside the house.

When the gate is opened head straight to the other side of the graveyard and open Nostros crypt (you can choose not to engage the Undead).

He tells you where the pieces of his gear can be found and the map is updated accordingly (with green dots).

Nostros Armour can be found in a crypt thats nearby Nostros crypt. To get the third piece, Nostros Shield, you have to fish in the river. The final gear is Nostros Sword.

To obtain it you need to dig in a grave next to an open crypt. If you have trouble with any of the items you should watch for the green bubbles that are above their locations.

When you have all four pieces return to Nostros crypt to open the Demon Door. Go through the Demon Door and into the Old Graveyard Path.

The hordes of Undead in this area are almost endless, so its a good idea to use the Physical Shield spell to increase your combat multiplier beyond 50, and then use an Ages of potion to get a huge amount of experience.

Defeat the large undead that is guarding the stone door and then pass through, to the Circle of the Dead. Get inside the green light in the middle of the area to spawn the Undead.

To damage your foes you need to stand inside the circle. Kill enough of them to light up the green skulls at the edge of the circle.

After that you have to defeat three stronger Undead to light up the orange skulls. When the enemies are dead the hidden path opens and the quest is completed.

However, before heading through the door you may want to return to Heroes Guild for some side quests. 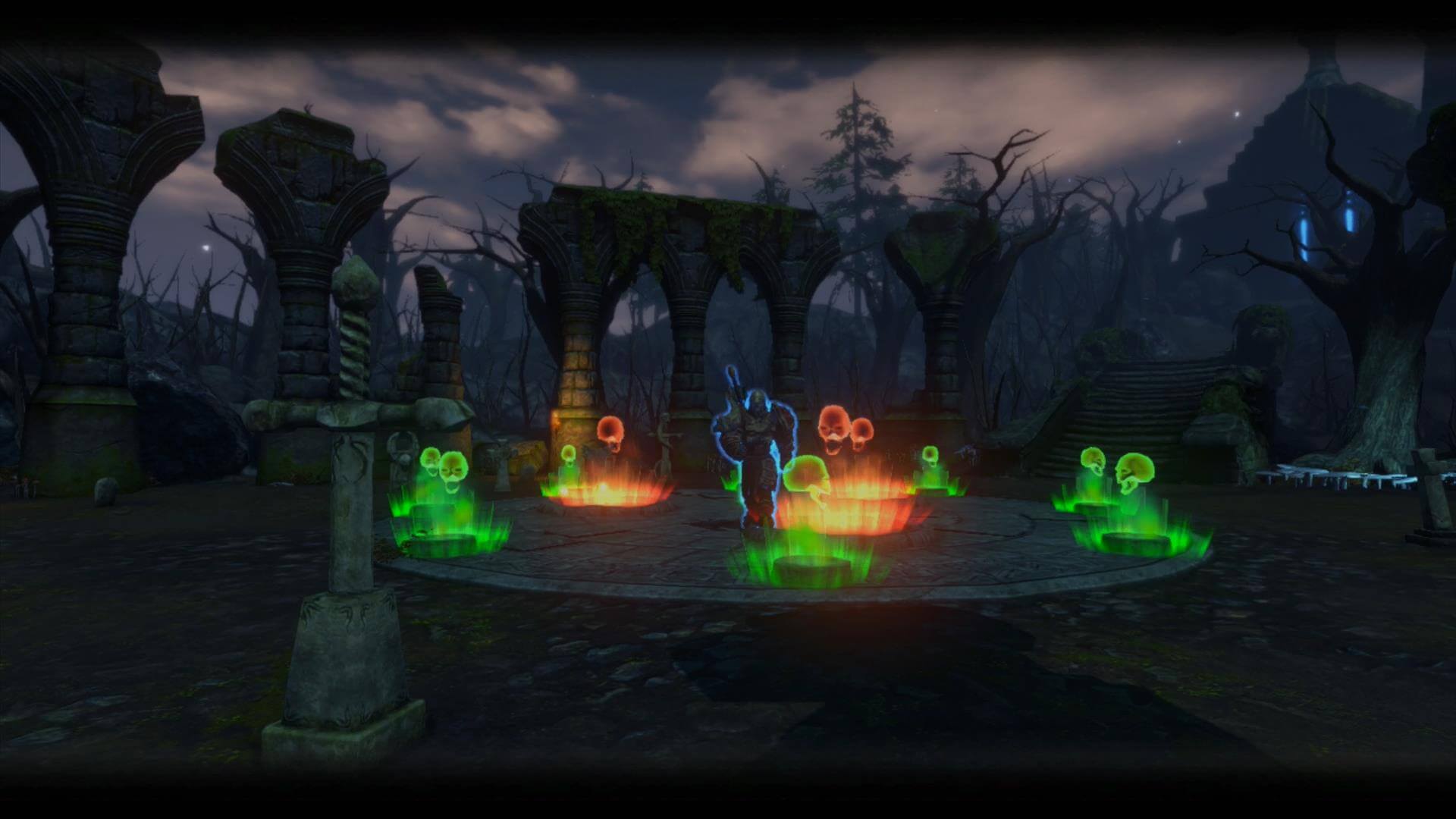