Fable Anniversary Orchard Farm quest can be started at the Map Table from the Heroes Guild after you speak to Maze in Bowerstone.

Orchard Farm is the first story quest where you have to make a choice before even accepting it. You can either choose to protect the farm, or to attack it.

Take the Protect Orchard Farm option if you wish to shift your character towards the good alignment.

The objective of the quest is to help the guards defend the Orchard Farm from a bandit assault, which is explained how to do in the following walkthrough.

To get to the Orchard Farm you need to pass through some new areas. From Lookout Point go to the Greatwood Entrance area to meet up with Whisper.

She always chooses the opposite quest, so it is basically a competition against her from here on. Deal with the wasps in the area if you want and then follow the golden marker to Greatwood Lake.

Choose to help the villagers if you wish to, and then take the path on your left to reach the farm.

A cutscene follows as you enter the area, and then the first wave of bandits comes attacking from the northern road. Defeat them with the help of the guards, and if one of them snatches a crate hunt him down quickly. Kill all the bandits from all three waves to trigger a cutscene with Whisper.

Now your objective is to fight Whisper. Unlike previous battles she now blocks your standard attacks, so you need to use flourish attacks, a new special move that you just learned.

Block her when you can and then quickly follow with flourish attacks. The Orchard Farm quest is finished once you defeat Whisper, and along with the promised rewards you get another trophy, Whispers Brooch. 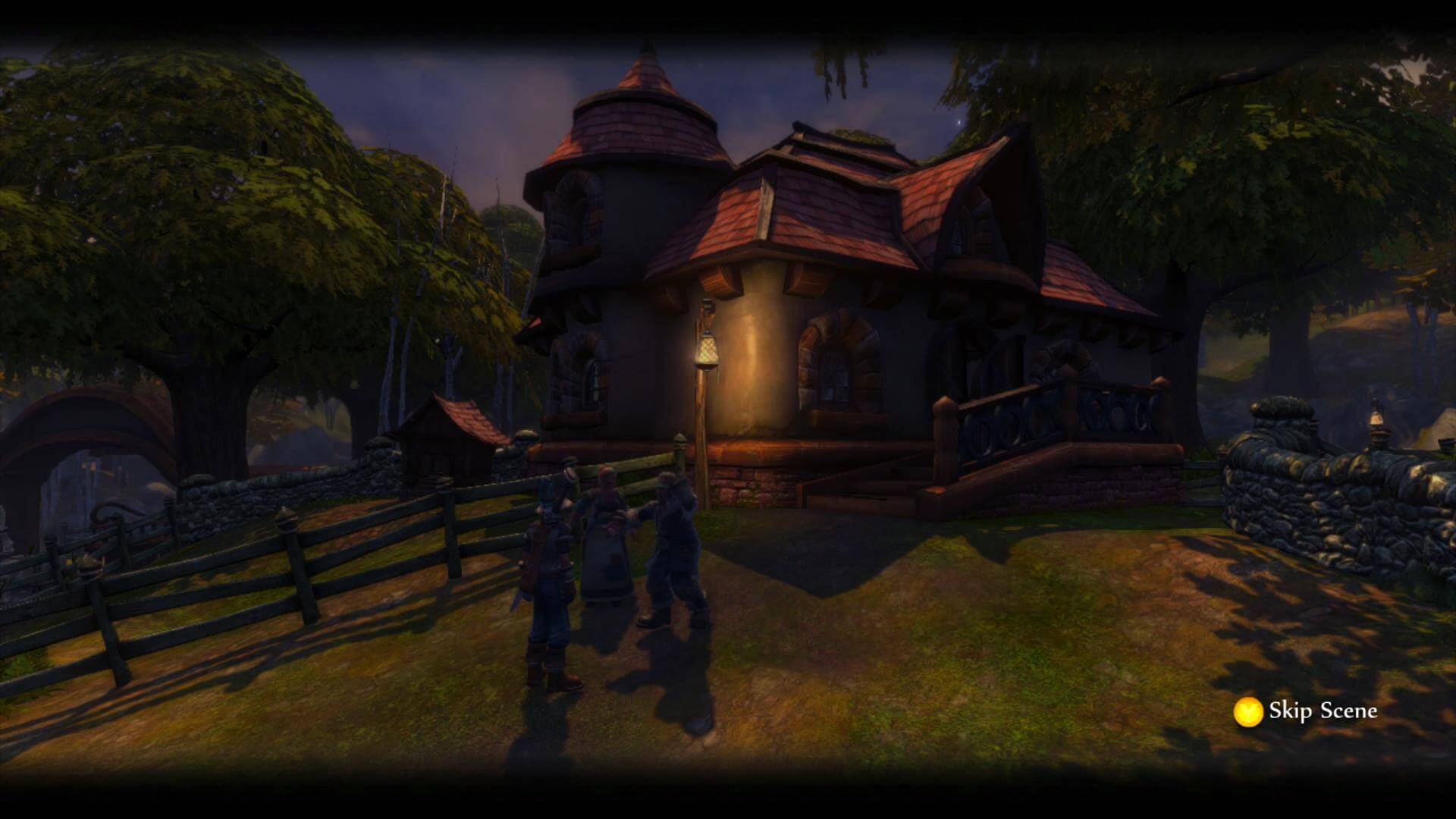