Murder with a Twist is a Fable Anniversary side quest that is available in Oakvale, but only after the completion of the main quest named Find The Bandit Seeress.

You can get the quest from a guard in Oakvale. He is on the west side of the town, behind a house thats near your birth house (hes actually in the same spot where you found the cheating man during the Birthday Gift quest).

He wants you to kill the assassin that murdered his brother.

You can complete the quest in various ways. More information on how to do this can be found in the following Fable Anniversary Murder with a Twist walkthrough.

There are three guards around the house. The one in the middle tells you about an assassin thats hiding around Twinblades Tent in the Bandit Camp.

The guard offers you 1000 gold to track and kill the killer of his brother. Accept his payment and travel to Twinblades Tent. The assassin is waiting right outside the tent.

After a conversation with him you learn that he is actually the guards brother and the reason he wants him dead is that their mother will leave him the entire fortune.

In order to scare him you have to draw you weapon and swing it a few times. When he realizes that you mean business he makes you another deal: kill his brother for 2000 gold.

Refuse the offer since its a bad deed to kill the guard and hell up it to 2500 gold. If you refuse him again he will attack you. Its not an evil act to kill the assassin, so you can profit on this by talking his gold and then kill him.

This way you can keep his money and also receive the payment from the guard. When youre done with him you can return to the guard in Oakvale to collect your payment and complete the quest. 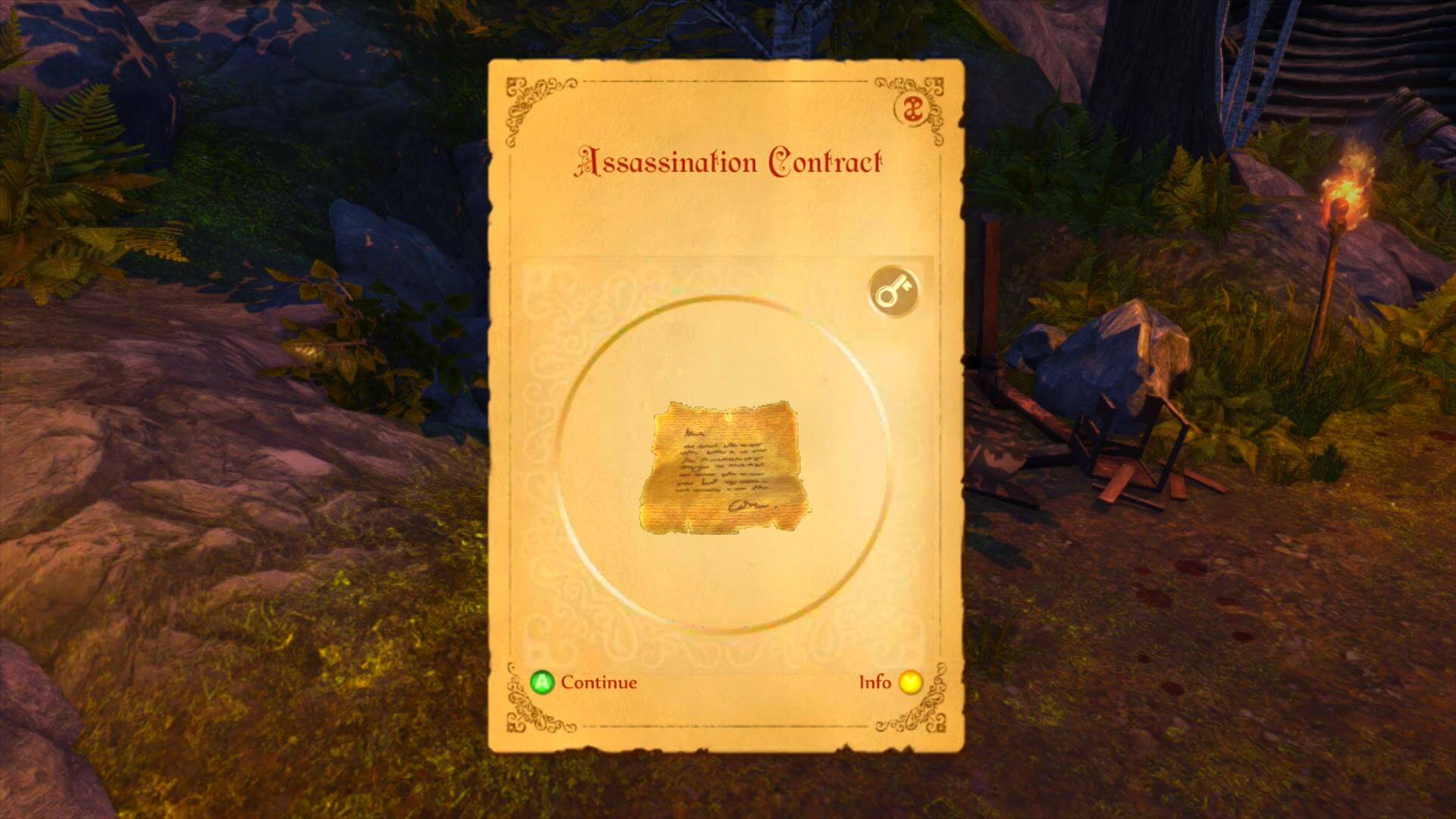