Fable Anniversary Hobbe Cave is the first major side quest that can be acquired by talking the Quest Card from the Map Table in Heroes Guild. It is available after completing the Orchard Farm main quest.

However, you need at least three ranks in Renown to be able to accept the quest.

An old woman in Rose Cottage has lost her son. He believes he has gone back inside the caves and she asks you to bring him back in exchange for a reward.

The quest is lengthy and involves a lot more fighting than the usual quests, so it is recommended to follow the strategies in the next Fable Anniversary walkthrough.

Accept the Quest Card in Heroes Guild (you can also take some Boasts depending on how you wish to do the mission, but Cave Dweller is probably an obvious choice) and then travel to Rose Cottage (from Greatwood Cullis Gate).

Speak to the grandma and after she gives you the Hexagon Key go to Greatwood Caves. From here cut the vines that block the way to Hobbe Cave Entrance.

As soon as you enter youll notice a lot of red spots on the map. These are Hobbes, the inhabitants of the cave, which tend to attack in large groups, hence Force Push can make wonders when you are surrounded (you should deal with the Hobbes with magic powers before anything else).

On your right side is the entrance to Cave Side Chamber, where you can find a bandit held hostage. If you save him you can take him with you to search for the treasure (or you can give him as a sacrifice).

It is wise to leave him behind until you clear the next chambers (or if you tell him to follow you leave him at the door before entering a new area and only after you kill all the Hobbes you can get back for him, because he most likely wont survive the attacks).

There is another door on your left in Hobbe Cave Entrance that leads to Cave Larder. If you havent already visited the cave you should go inside to find a Silver Chest guarded by a bunch of Hobbes.

Next, head inside Main Chamber and deal with the hordes of Hobbes. Before going any further take some time to loot the chests for some goodies. Travel through Moonlit Tunnel and into the Focus Chamber. Here you can find the boy held captive by a nymph.

She demands a sacrifice, so you can trade the bandit for the boy, but thats a bad deed, and it wont make much of a difference anyway. Refuse her offer and then shoot her with your bow. She wont attack you before, so make it count. As soon as you hit her she starts summoning waves of Hobbes.

A good strategy is to hold the target button locked on her from the very first shot, even if the Hobbes attack you, because the faster you deal with her, the less Hobbes youll have to kill afterwards. If its your first visit to Focus Chamber dont forget about the Silver Key.

Eliminate the enemies on the staircase (if you encounter them) and leave the boy and the bandit at the entrance because in the Moonlit Chamber there will be enemies this time.

When the path is clear tell them to follow you until you reach the Hobbe Cave Entrance. This area is swarming with enemies and they keep spawning all the time, hence you need to keep an eye out on the boy while making a safe path outside the cave. When theres only a few enemies left (or none) make a run for the exit.

Once outside go to Rose Cottage to trigger a cutscene in which the boy explains that he deliberately ran away from his grandmother. Then speak with the old woman to complete the quest. 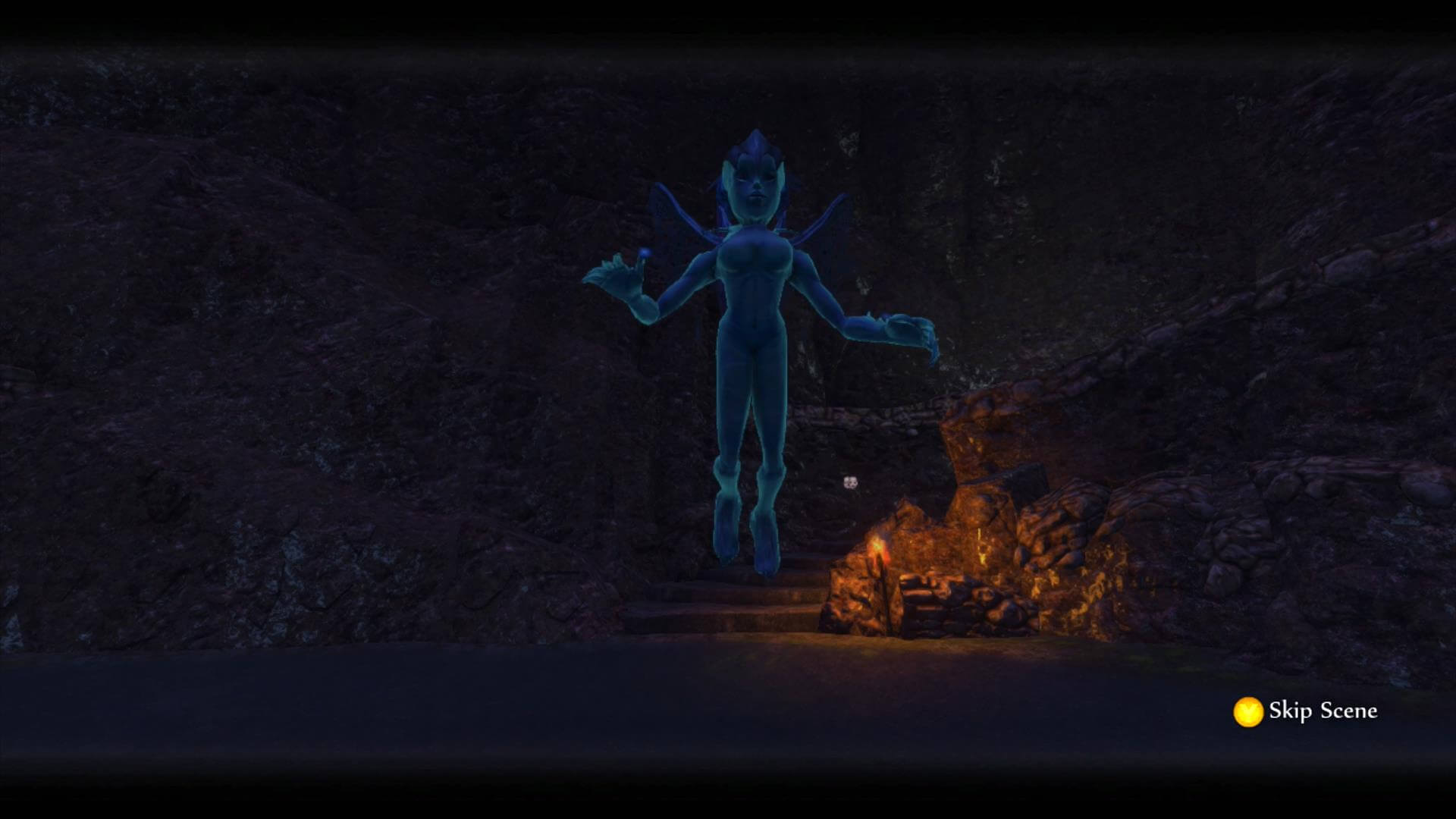