Bandit Spy Extraction is a side quest featured in Fable Anniversary that can be acquired from the map room in Heroes Guild after you rescue the Heros mother.

In Bandit Spy Extraction you are hired by bandits to find their spy inside a trader convoy and extract him to safety.

This is basically an evil quest that can get you a lot of evil points.

The Fable Anniversary walkthrough for the quest can be found below. It includes details on how to complete the quest in an easy way.

Accept the quest (and maybe a boast that involves killing if you are inclined to do some truly evil things) and travel to Bowerstone North. Here you will meet a woman named Tanya who tells you the details of the mission. The bandits have a trader infiltrated in a Trader group, but they fear that he might get discovered.

On the other side of the gate, in Bowerstone Jail, you can find the bandits that are preparing to ambush the convoy.

After the cutscene hire all of them to make the quest easier and run to the exit to Windmill Hill (you can ignore the guards along the path).

The convoy is here for the time being, but will begin to move slowly towards north. Use the Slow Time spell as much as you can and try to get the traders attention (the green dots near the windmill) before he leaves the area, or you will have to fight your way to him through three more areas (the quest fails if he reaches the Prison Path).

The trader that you are looking for has a moustache, so speak with him when you are ready, but before he leaves to Gibbet Woods. You have to be pretty fast, meaning you will leave a lot of enemies to battle on your way back to Bowerstone. The traders attack you as well, but they carry a lot of useful items.

You can safely use Enflame to dispatch your foes, and you should definitely use Heal Life whenever you have the chance. As always, Slow Time can be used to buy yourself some breathing time.

Once you reach Bowerstone North the quest ends and you receive a Sharpening Augmentation and the Traders Head trophy. 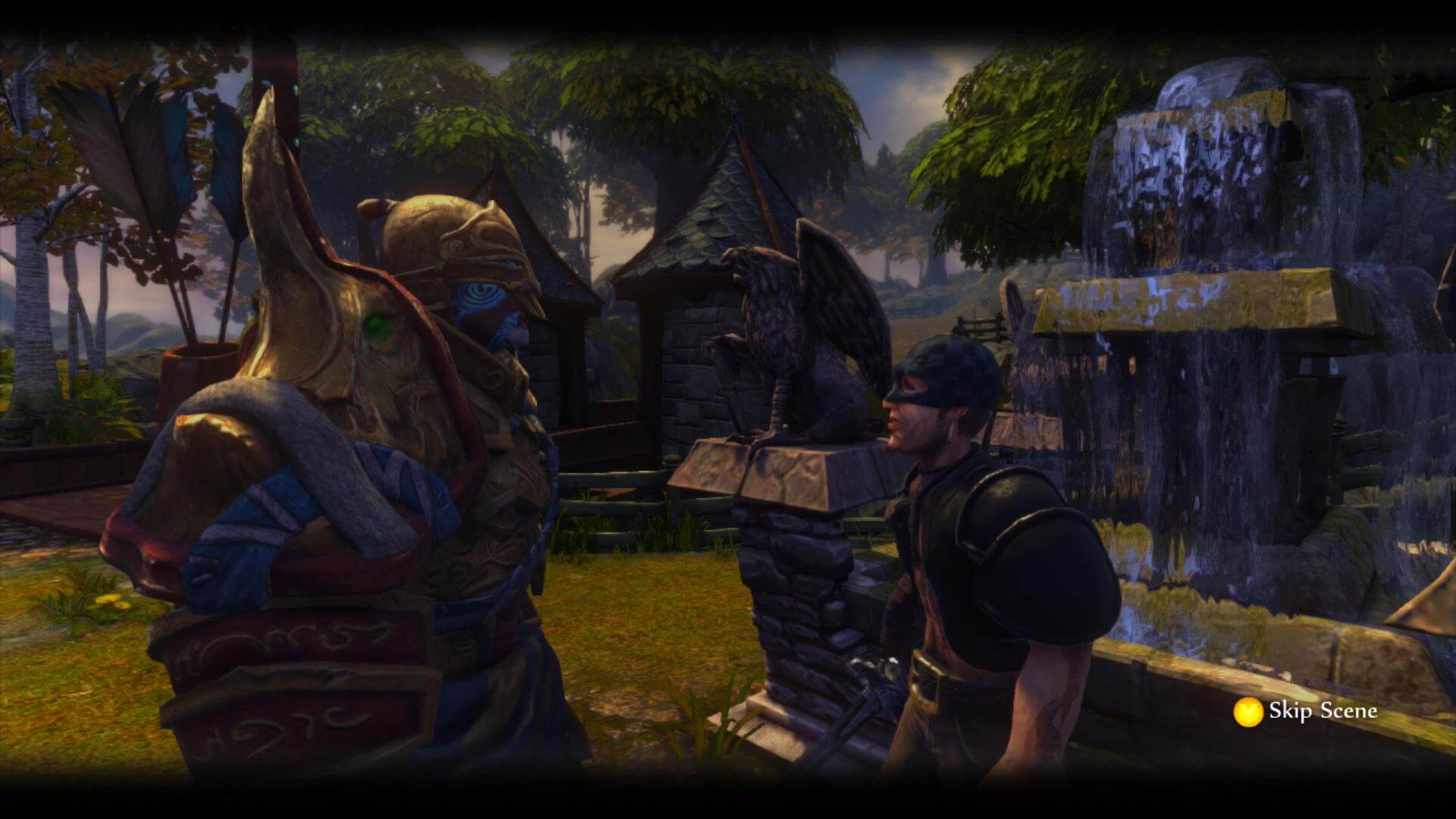