The guide offers detailed information regarding a trainer that can be used by all fans of the game; however it is compatible only with the PC version of the game and it wont work on other platforms.

This special trainer allows the driver to automatically activate the KERS whenever he needs it in a race.

The second option implemented in this trainer, gives you full access over the car’s Drag Reduction System.

According to Wikipedia, KERS (abbreviation for Kinetic Energy Recovery Systems) “are automotive systems whereby the kinetic energy of a moving vehicle is recovered under braking and stored in a reservoir (for example a flywheel or a battery) for later use under acceleration.”

The Drag Reduction System or the DRS “is a device introduced in 2011 Formula One season aimed at reducing aerodynamic drag in order to promote overtaking.

DRS opens an adjustable flap on the rear wing (which when closed creates more downforce for greater cornering) to reduce downforce, thus giving the pursuing car more speed and a greater chance of overtaking the car in front.”

The DRS and the KERS are two of the most important features added by developers in F1 2011, the video game, but with the help of the trainer below, you will be able to control both of them.

To gain access to the options (cheat codes) revealed below, you have to download and install a special F1 2011 trainer.

Extract the files included in the CHf111FY10.rar archive

When the race starts, press the following keys to activate the corresponding cheats: 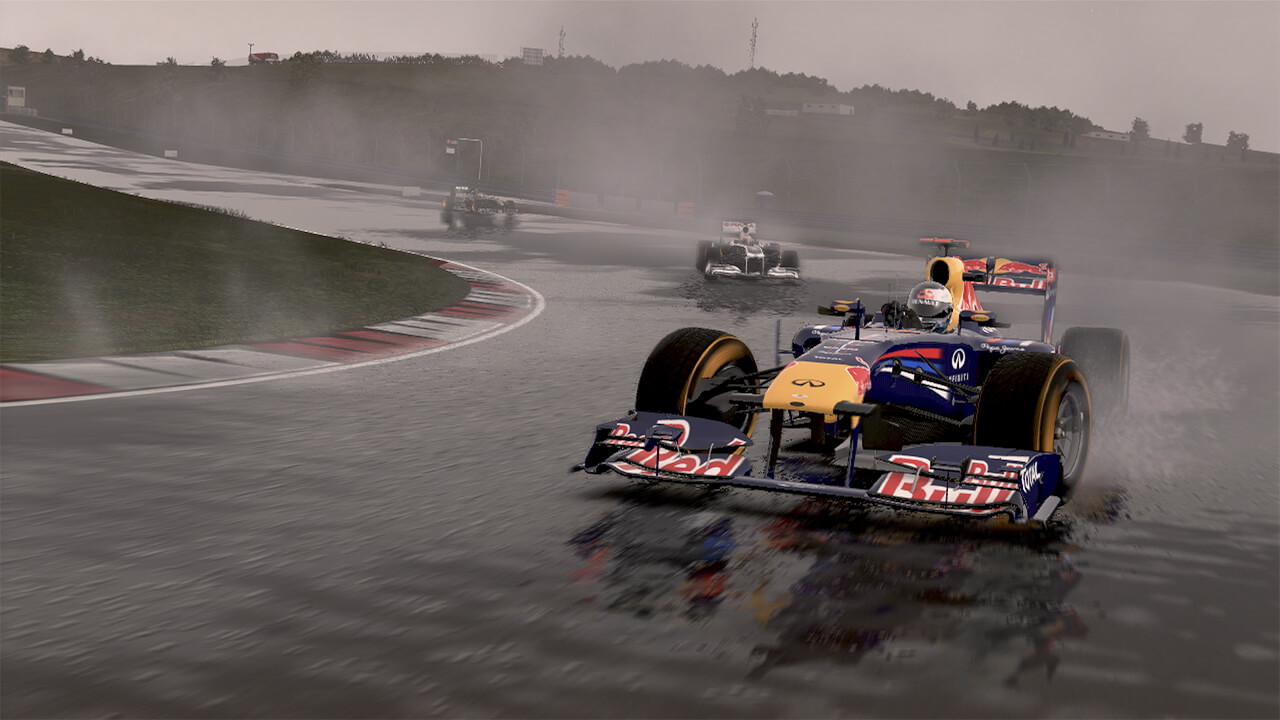