Even though there is little left of 2018, the eSports industry still has a lot left to offer for the video game fans out there. To be more specific, there are around 5 eSports Tournaments to come in the following months.

Some platforms provide the users with every bit of information they need before placing their bets so that they increase their chances of winning.

In this article, we provide you with information regarding some of the most important tournaments on the eSports stage. This list is based on the past and future tournaments of 2018, with it being likely that new Tournaments will come to eSports in the coming year. 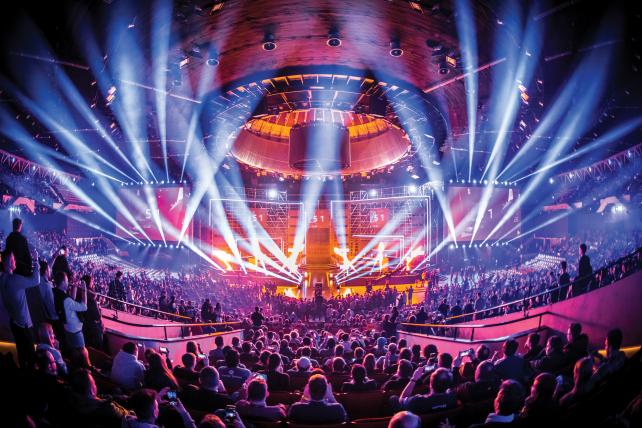 We also have to mention that this list is made taking into account the tournament’s prize pool as well so that we cover only the biggest ones out there.

In 2014, the International DOTA 2 Championship had a prize pool of around $10 million – now, in 2018, it has more than doubled in value, reaching a total prize pool of more than $25 million.

It is one of the biggest eSport tournaments out there in terms of money that can be won. This year, there are a total of 18 competing teams, rounding up to 90 professional players that you can see playing and place your bets on.

League of Legends is yet another follow-up of the first Defense of the Ancients Warcraft mod – this mod is essentially the base for every MOBA that’s available to play today.

Back in 2014, the League of Legends World Championship had a prize pool of around $2 million. Today, it has reached a value of over $5 million.

Last year, in 2017, 128 players – meaning around 24 teams – competed for the big prize. Due to this number of players, this tournament has the largest player count of any eSport tournaments to date.

Overwatch is still in its growing process – nevertheless, it is still one of the most popular eSport games out there. It was about time that Blizzard took their chance with a MOBA type of game and Overwatch is clearly the game the video game company needed.

The biggest Overwatch tournament to date had a prize pool of $1.7 million and consisted of 6 teams and around 60 players. The game is getting more and more popular, so we can expect some bigger prize pools in the future.

Counter-Strike: Global Offensive is not as big as League of Legends or DOTA2, for example, on the eSports stage. However, the game has dozens of events throughout a year. For example, League of Legends’ most important tournament is the World Championship.

On the other hand, in the case of CSGO, each tournament is equally important, offering chances to the big prize to professional and emerging professional players as well. CSGO is one of the few first-person shooter games that are played on the eSports stage.

These were only a few of the games that have tournaments on the eSports stage – but are clearly the most played and those that have the biggest fan bases. Placing a bet on them is as easy as playing the game – just join our platform, choose your game, the match or player, and place your first bet!