Lilith has tasked you with bringing the Vault Map to Dr. Tannis. She wants to leave Pandora, and there’s no time to lose! 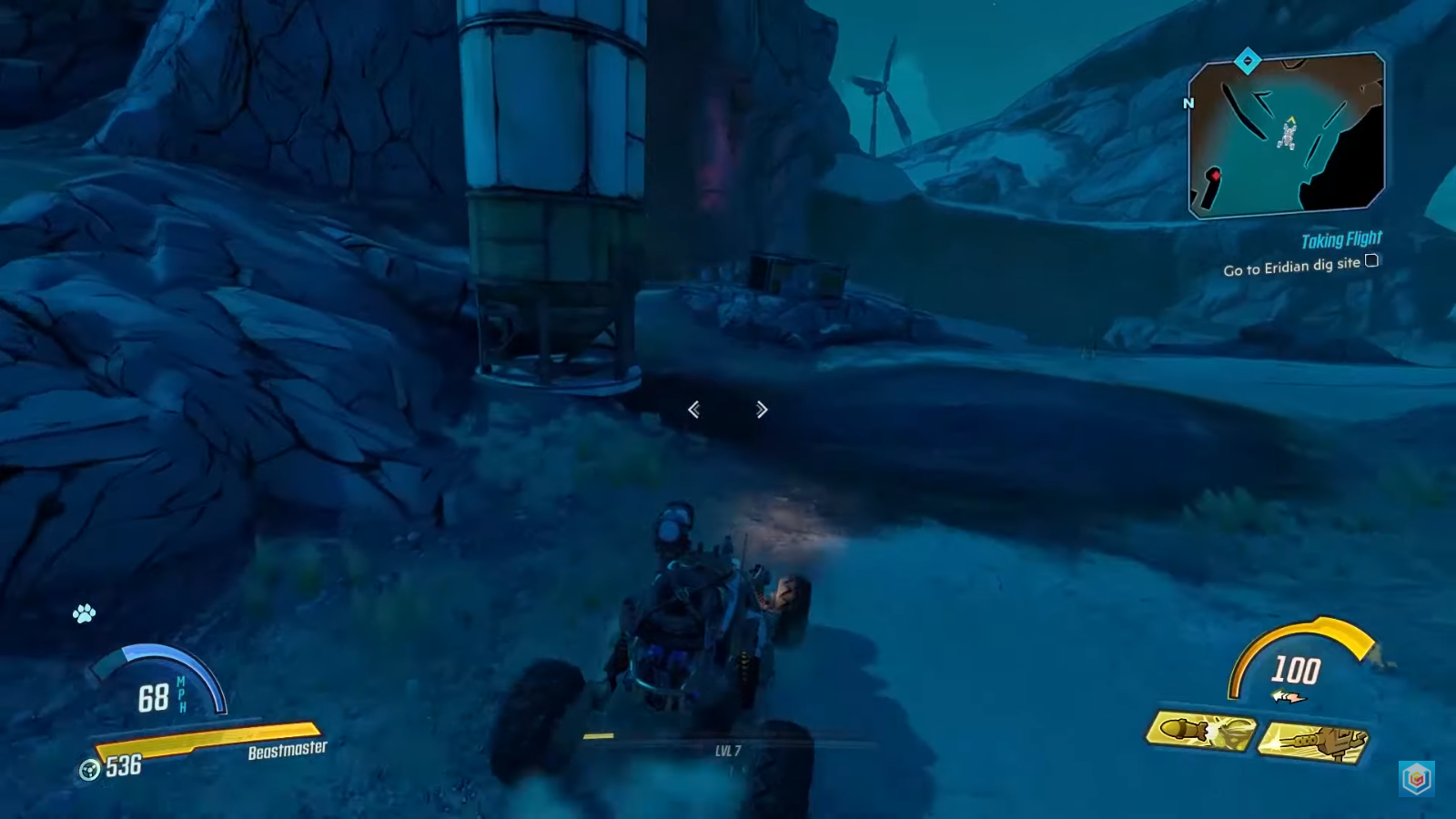 Take your jeep a short drive to a previously-locked off section of the map. Dr. Tannis is inside her tent at an archaeological dig site. 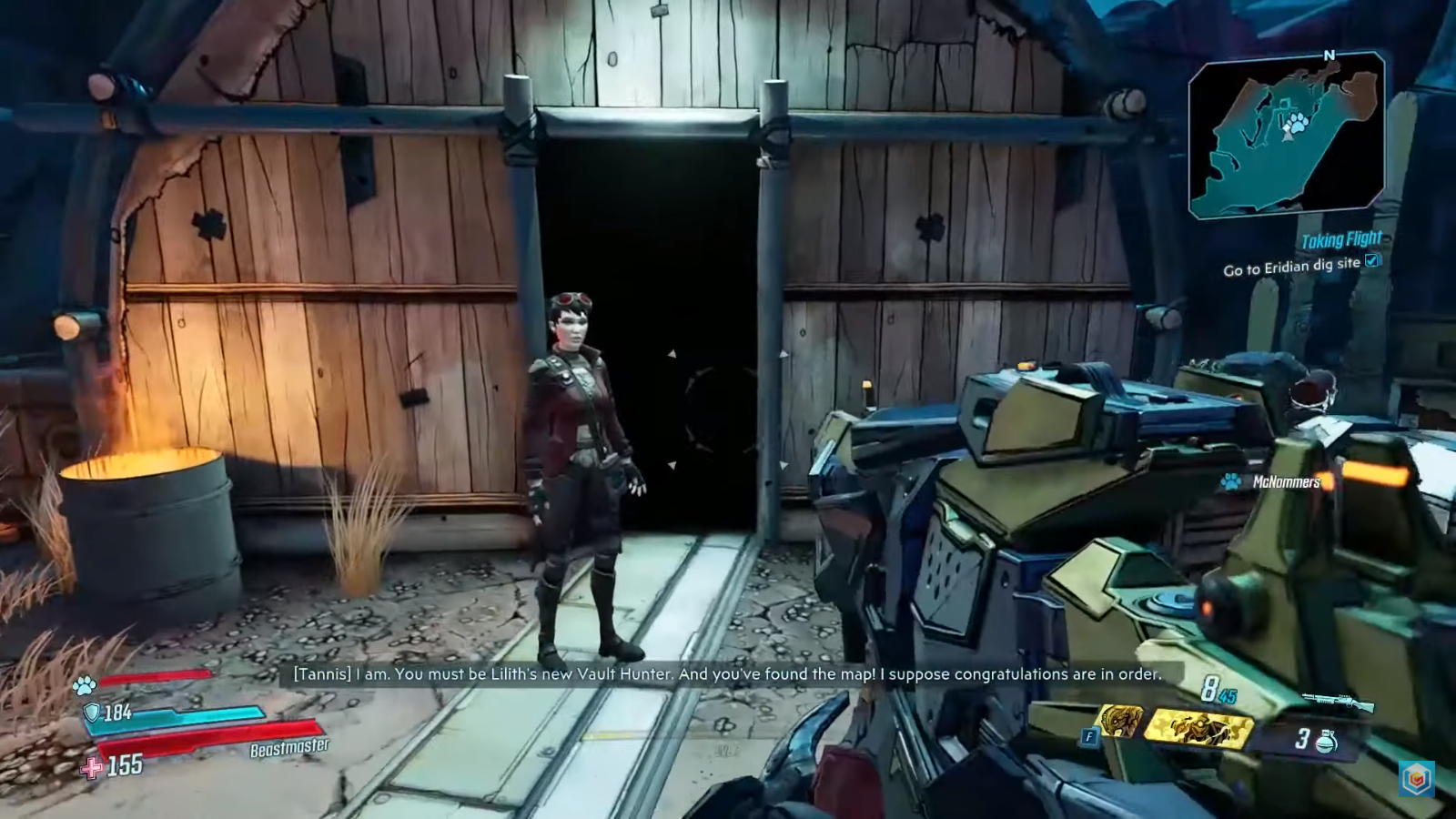 While she analyzes the map, you can loot the dig site for valuables, but you won’t have much time before a horde of bandits attack, hoping to retrieve the Vault Map for the Calypsos. 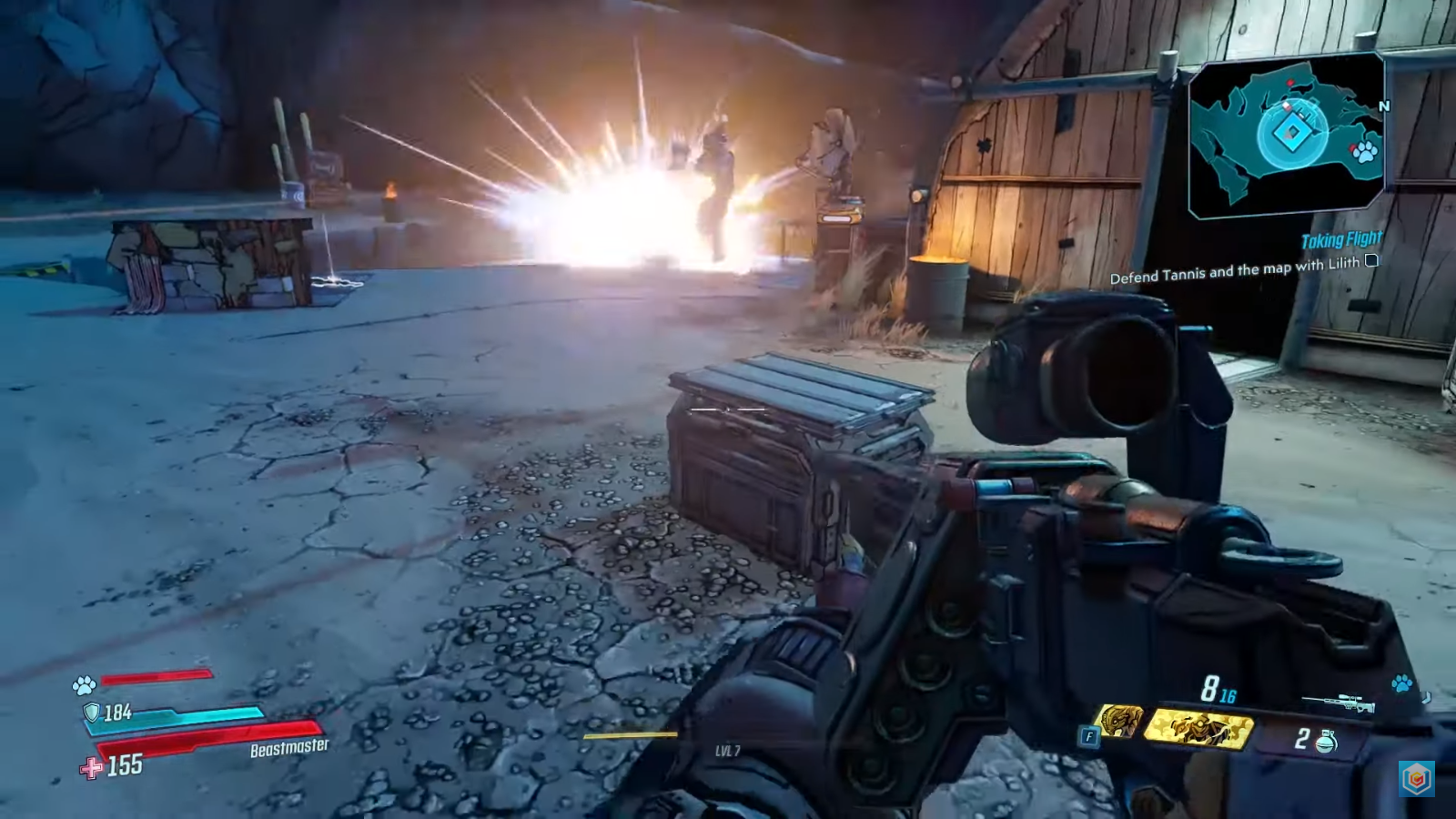 Roughly halfway through the fight, Lilith will arrive and provide backup. Once the ambush is defeated, Dr. Tannis will realize the map is partially broken, and can only show a single other planet: Promethia. 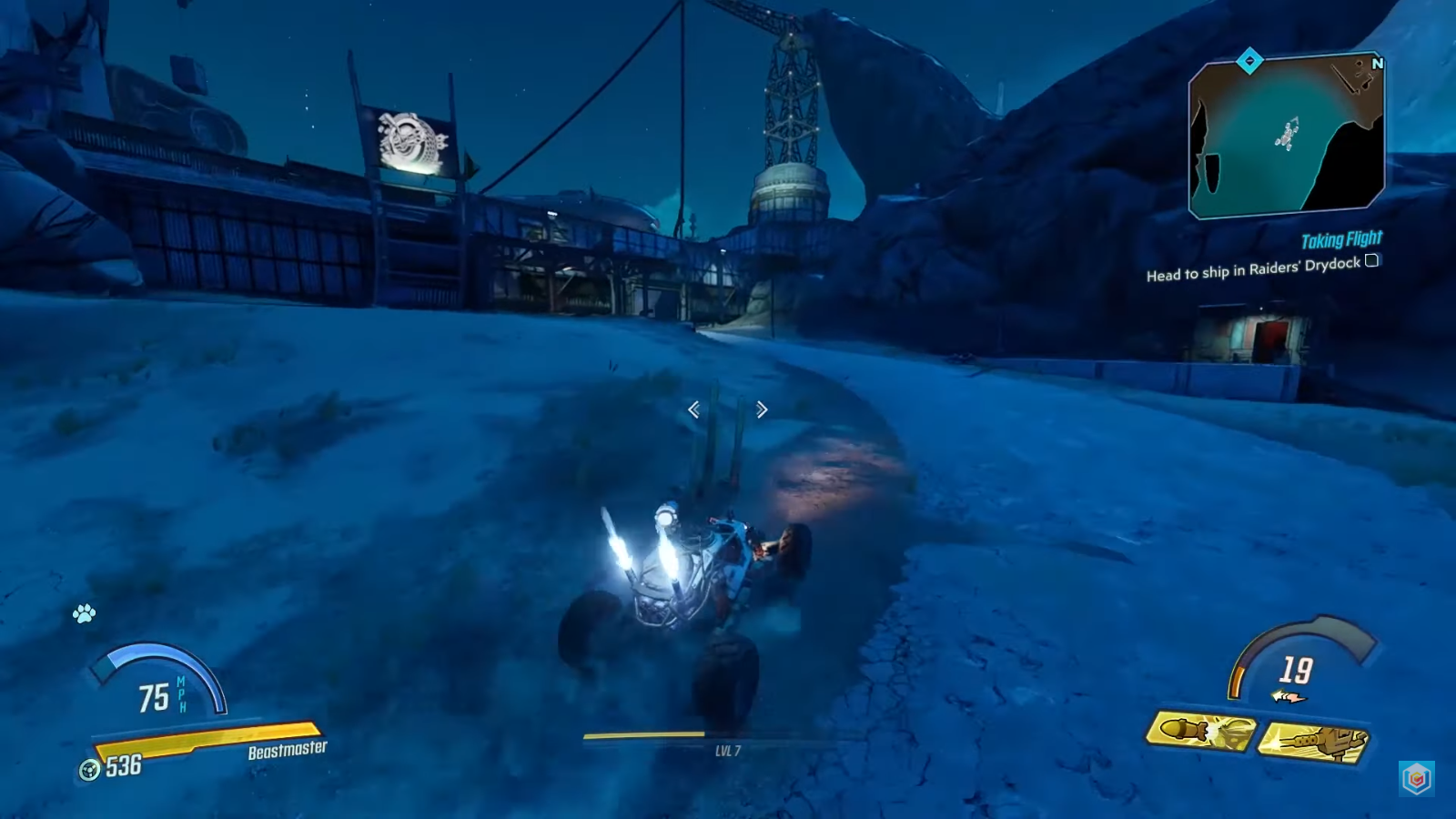 Lilith orders you to meet Ellie. Take your Jeep to the old spaceport, where she’s been preparing a ship to leave Pandora. 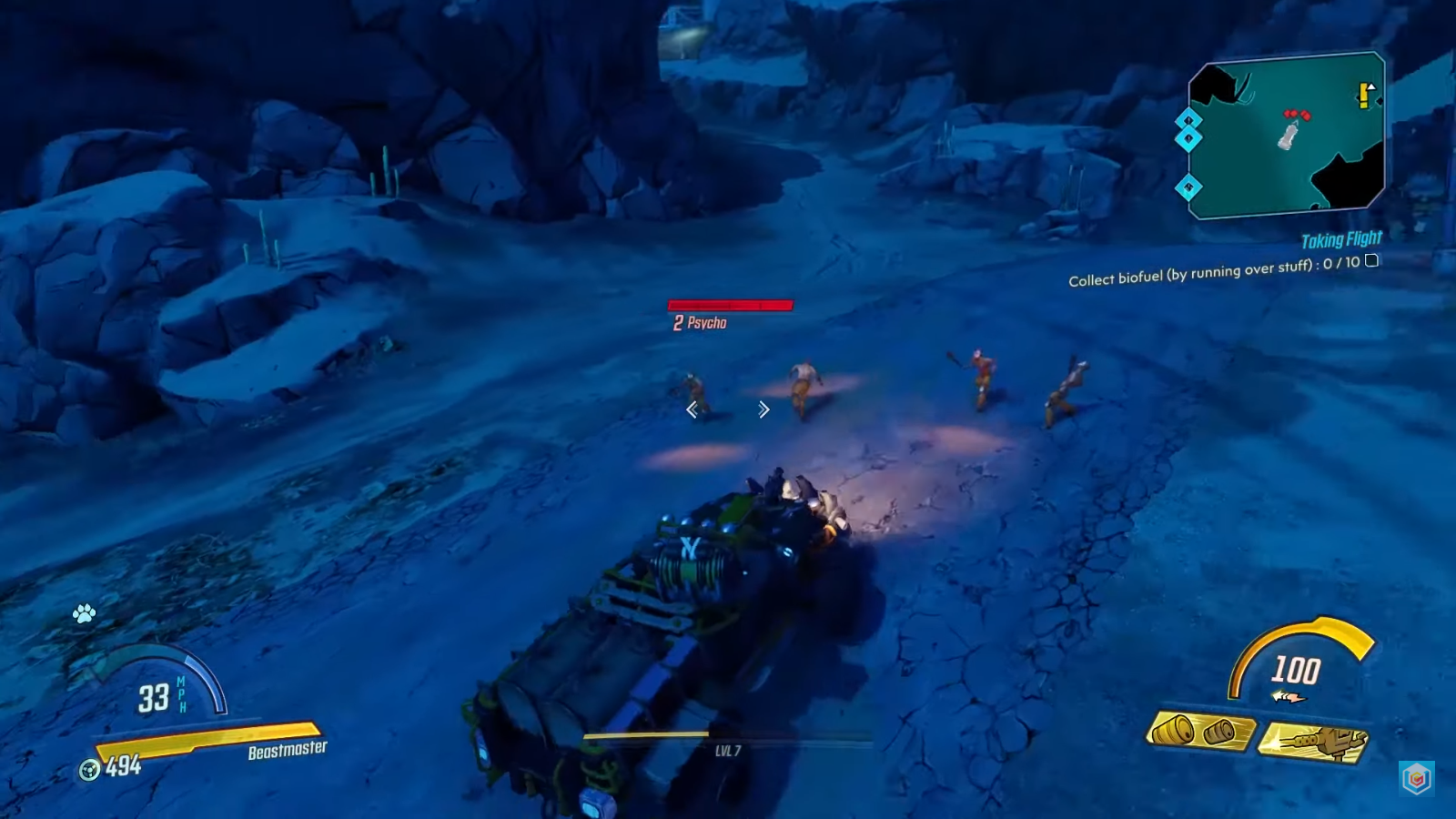 Ellie tells you she needs bio-fuel and a astro-nav chip, and grants you a Bio-fuel Rig. Drive it across the map to the old bandit hideout, running over bandits and skags along the way to fill your bio-fuel reserves. 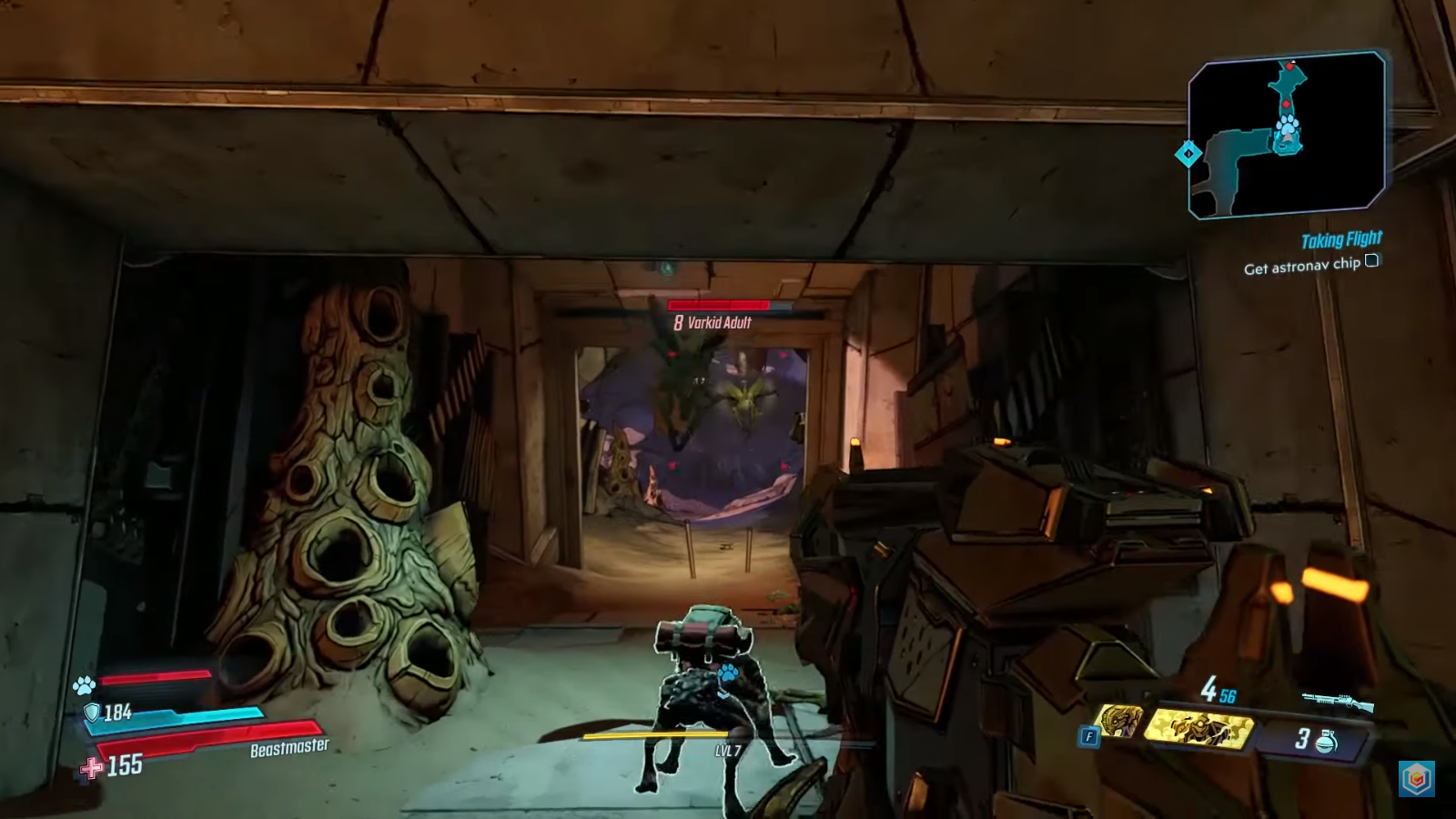 The outside of the hideout is crawling with Arkids, and the inside is still inhabited with unfriendly bandits. Either way, the astro-nav chip is on the second floor of the interior of the hideout. 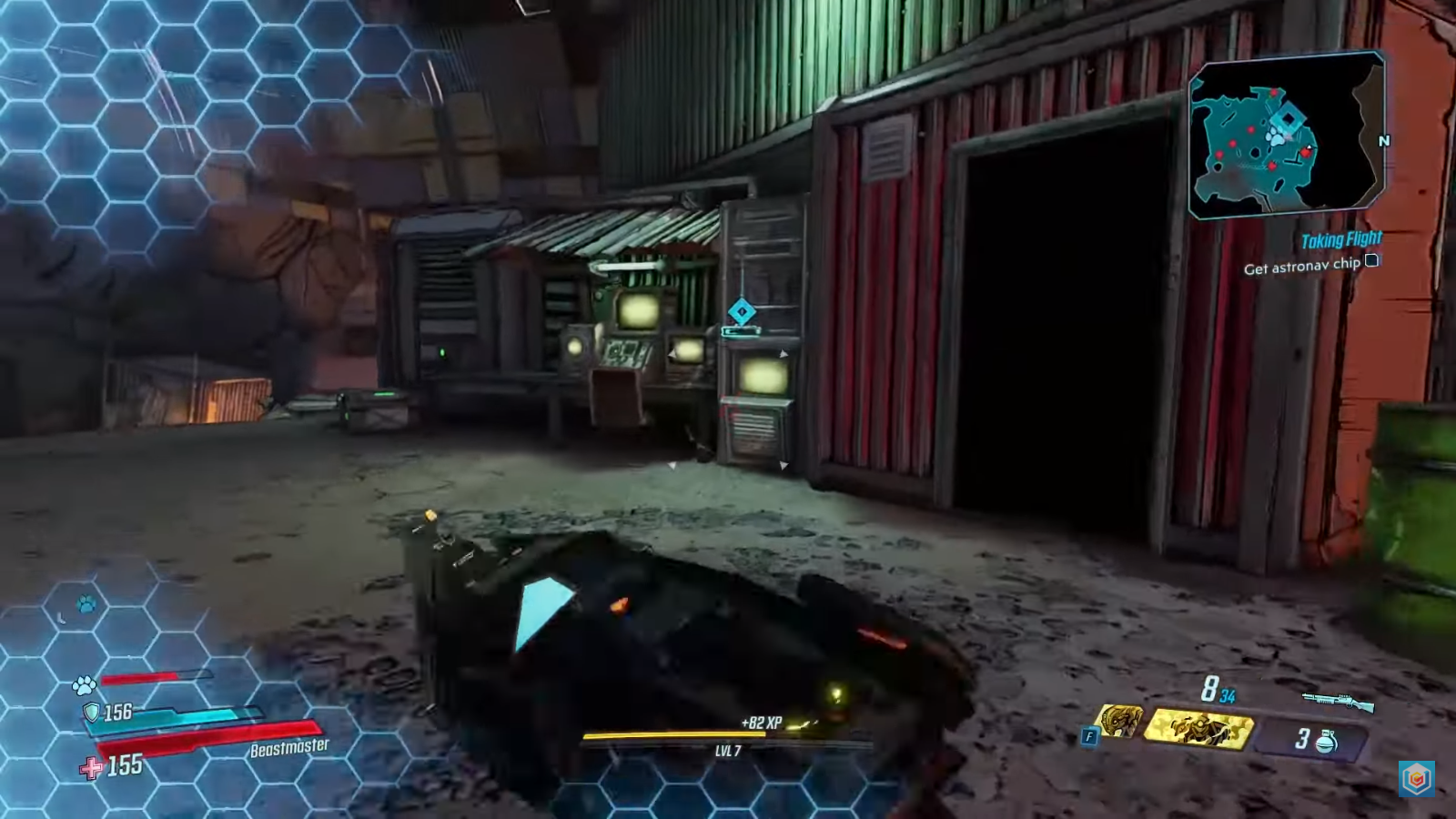 Grab the astro-nav chip and hightail it back to the Biofuel Rig. 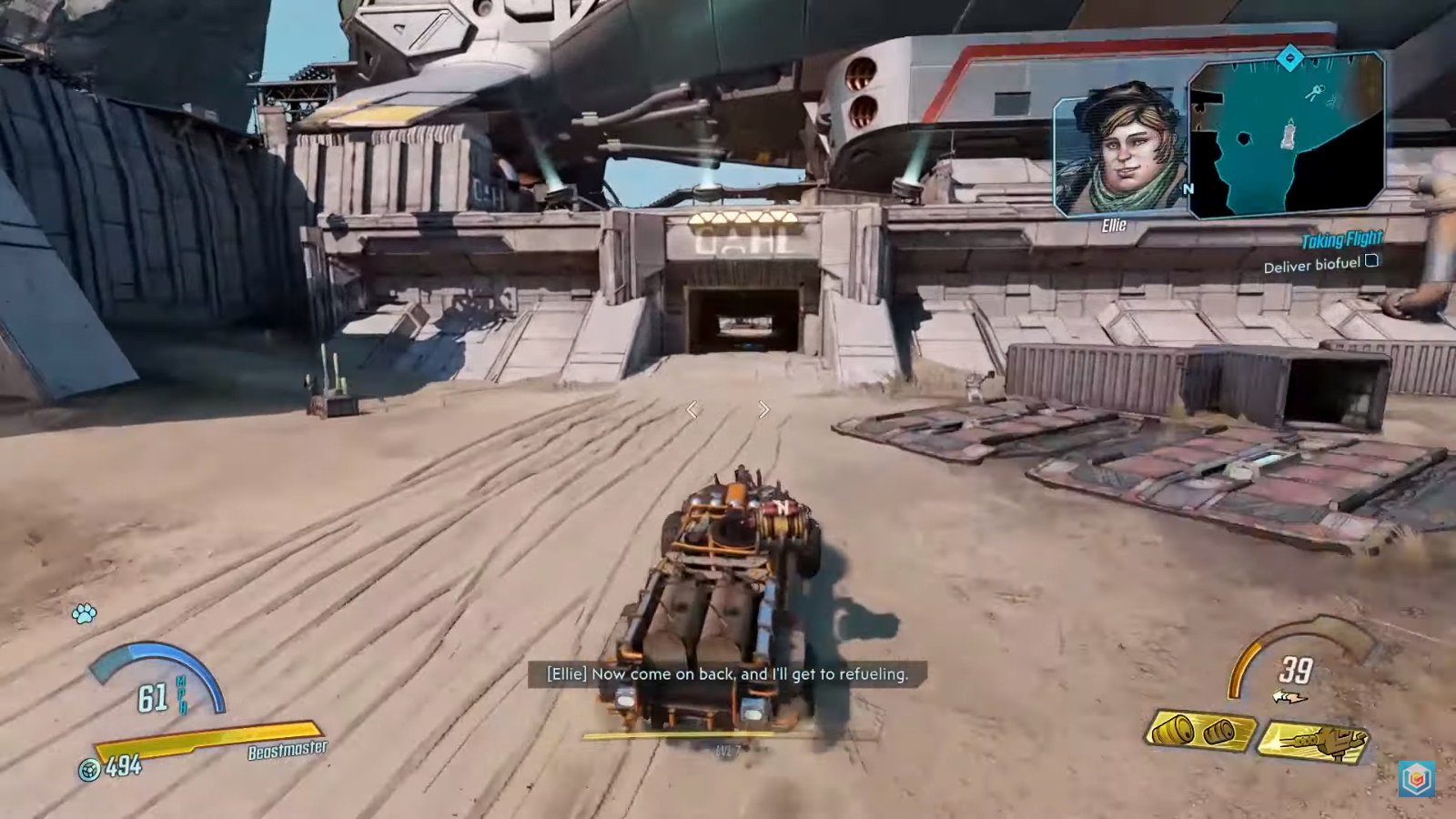 Return to the spaceport and deliver Ellis her needed items. Then meet Lilith outside. Or at least attempt to… 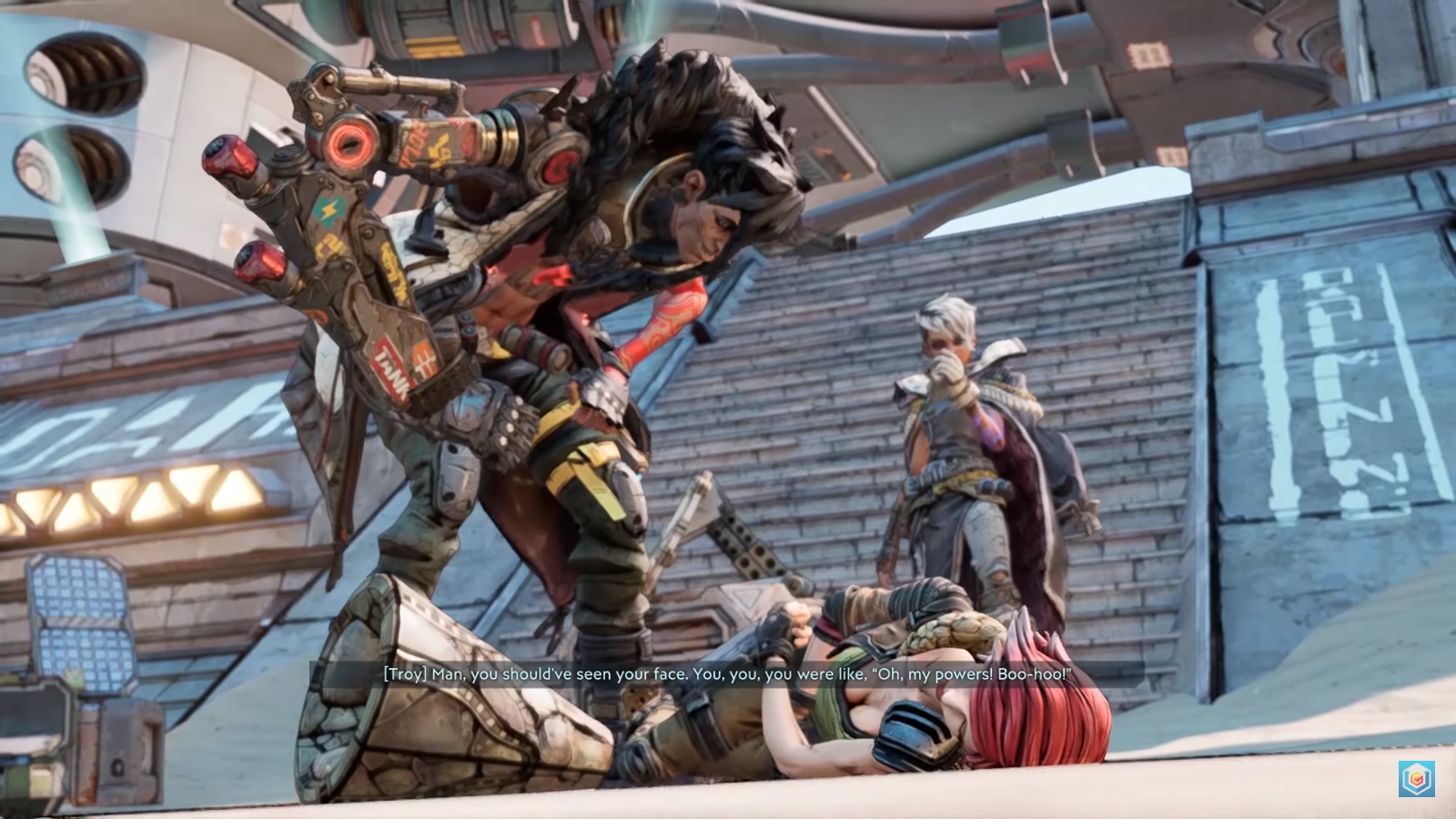 The doors slam shut before you can reach her, and the Calypso twins ambush her! Taking their Vault Map back, they prove to have one final trick up their sleeve when Tyreen Calypso drains her of her Siren powers and adds them to her own. With some final taunting, the two leave Lilith to their horde of bloodthirsty bandits… 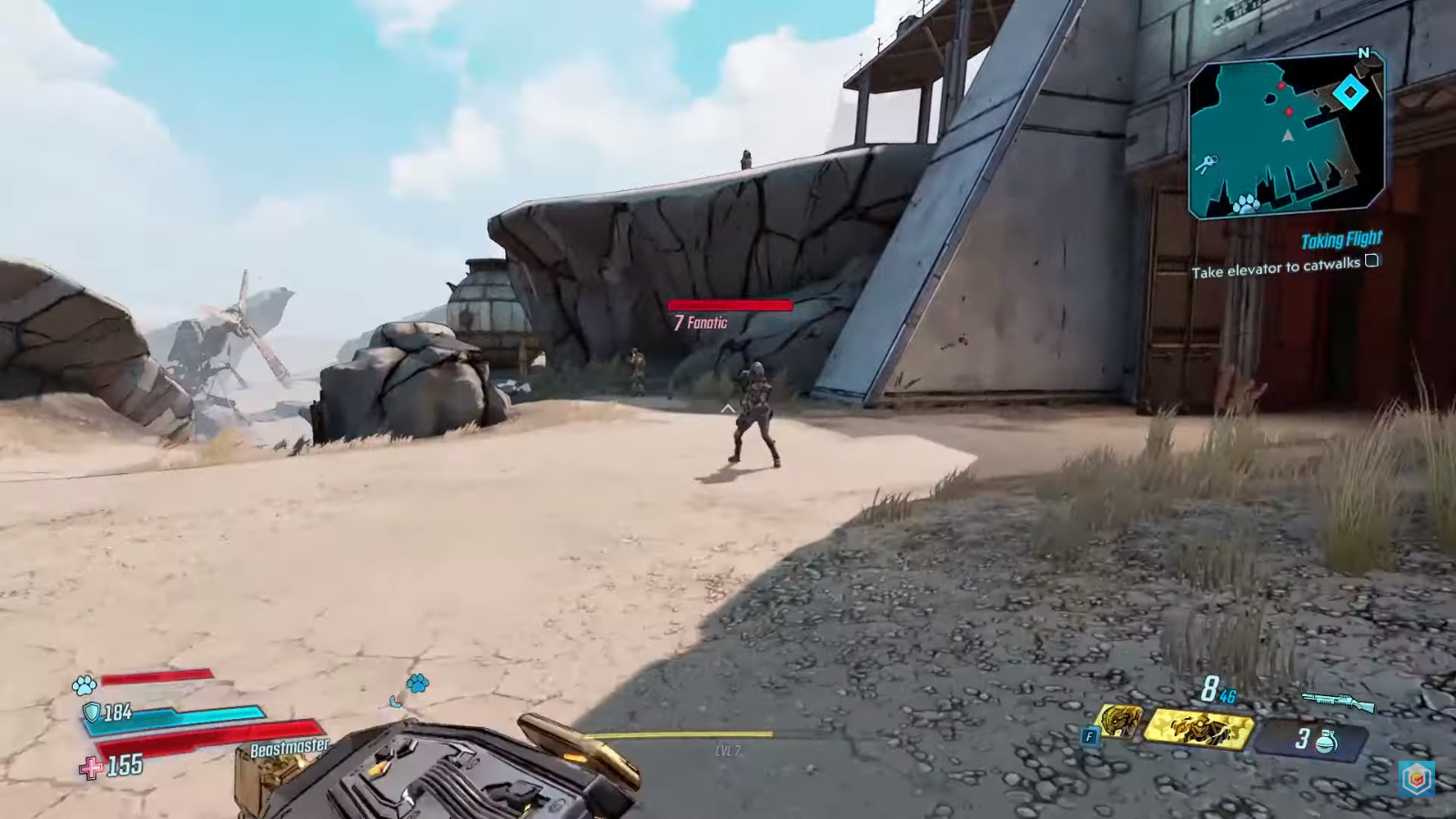 To reach Lilith, you’ll have to take the long way around that door. Head back outside and go right to find a service elevator. 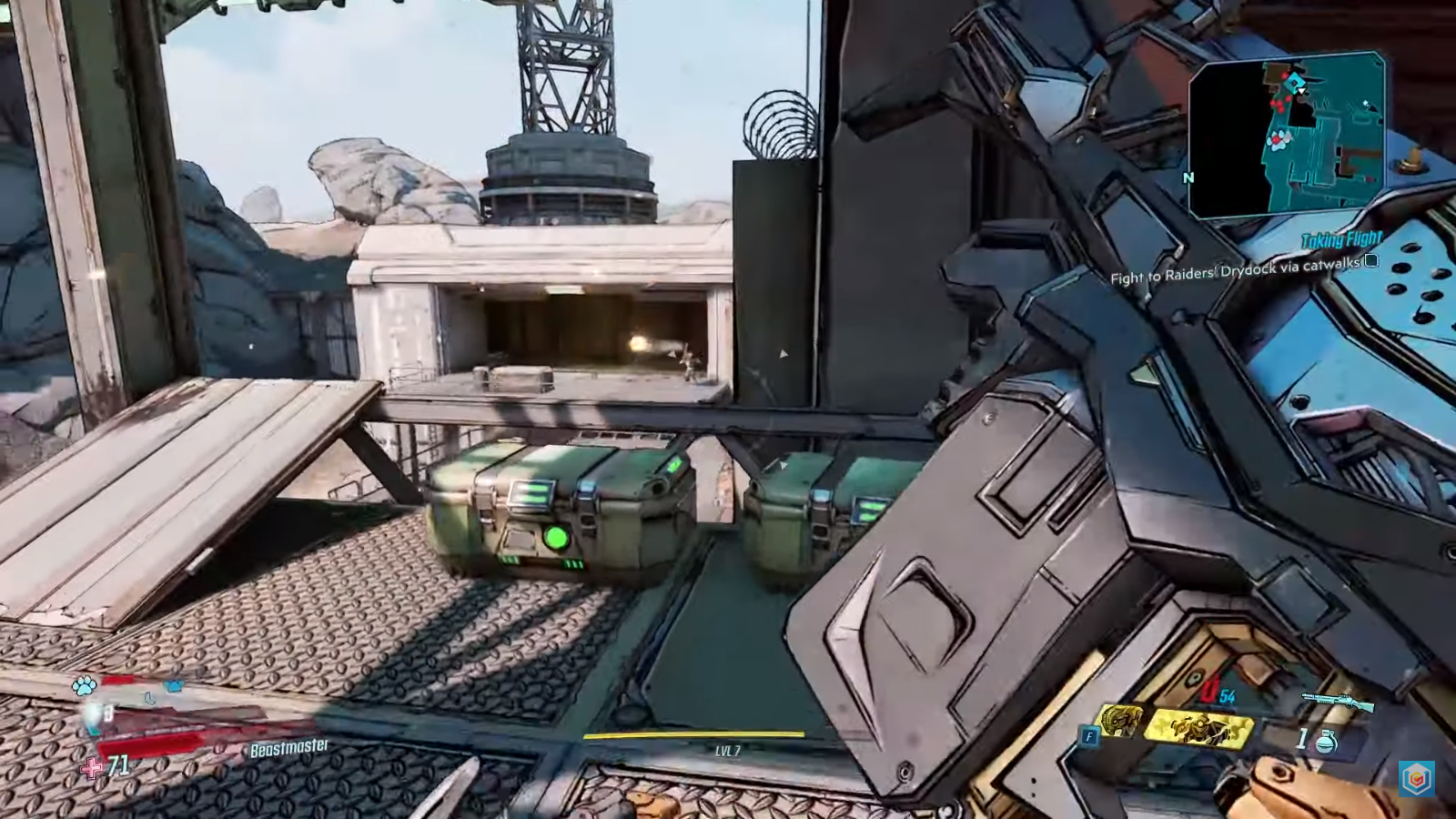 Fight your way along the catwalks, which will have at least one Badass Enemy impeding your path. Drop down to the first floor and move to protect Lilith. 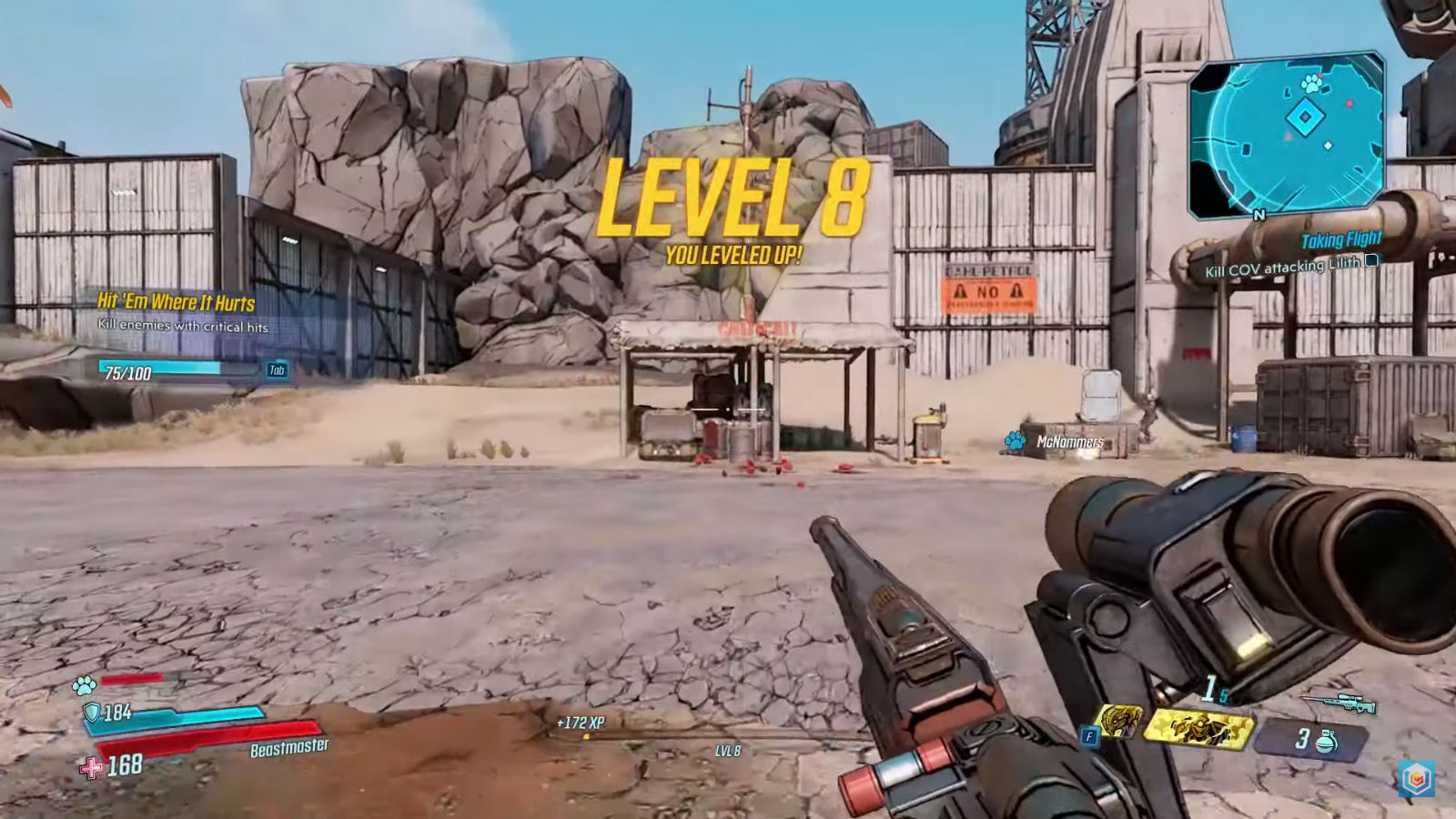 There will be multiple waves with Badass units and every bandit type you’ve encountered up to now. Make heavy use of cover and kite around the perimeter to prevent the hordes from surrounding you and pinning you down. 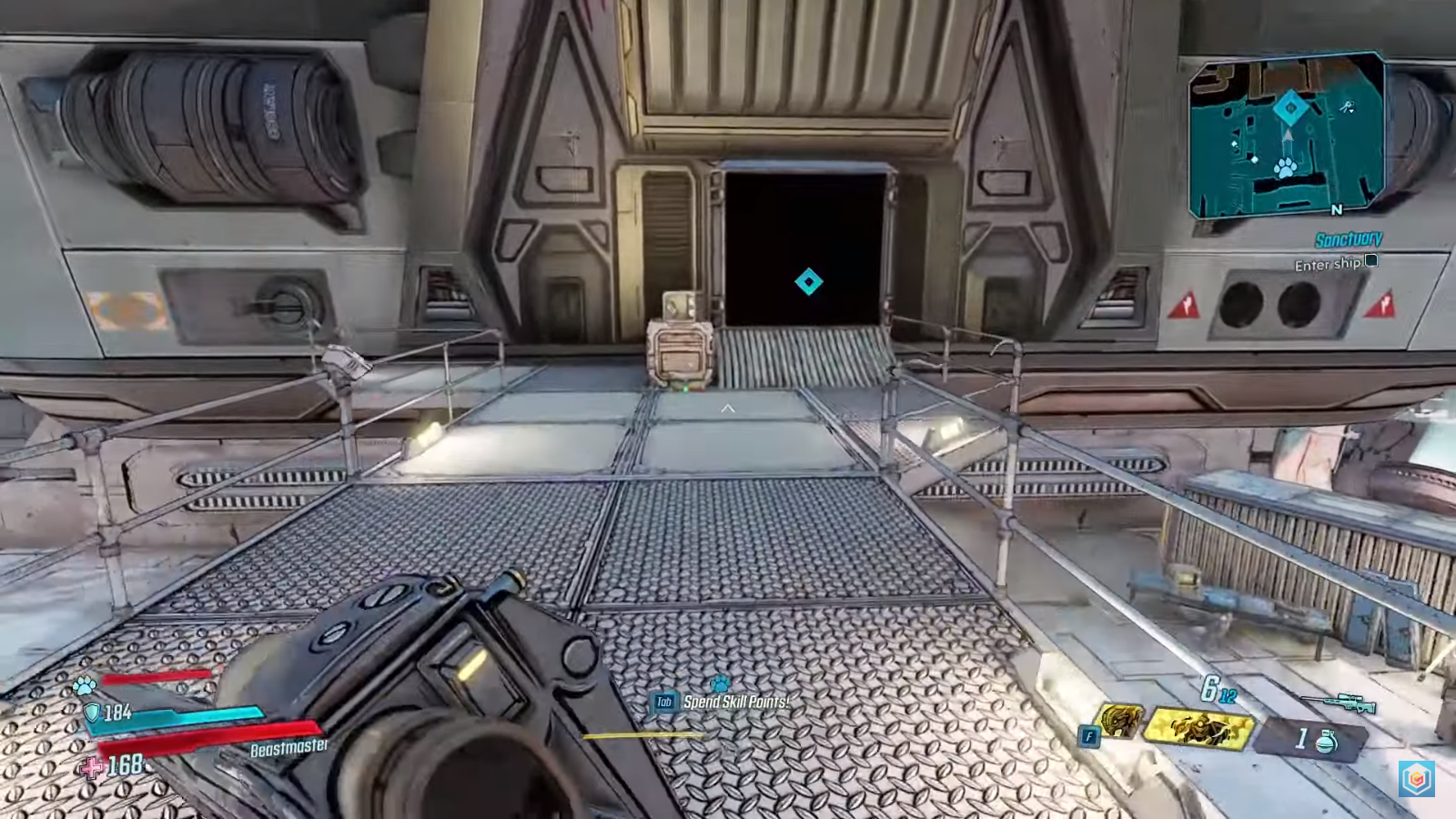 After the last bandits are dead, help Lilith to her feet. She’ll limp up to the ship’s entrance, and Ellie will follow shortly after letting you hold onto the astro-nav chip for now. Follow Lilith up the ramps and take your first step into your new interplanetary home: Sanctuary.