The highly-anticipated third installment in the zaniest loot shooter series is finally here!

You’ll begin the story on Marcus’ bus, traveling to meet the Crimson Raiders’ leader Lilith. After getting off the bus, talk to Claptrap and he’ll give you the ECHO-3, which you’ll use as your in-game HUD for the rest of the game. 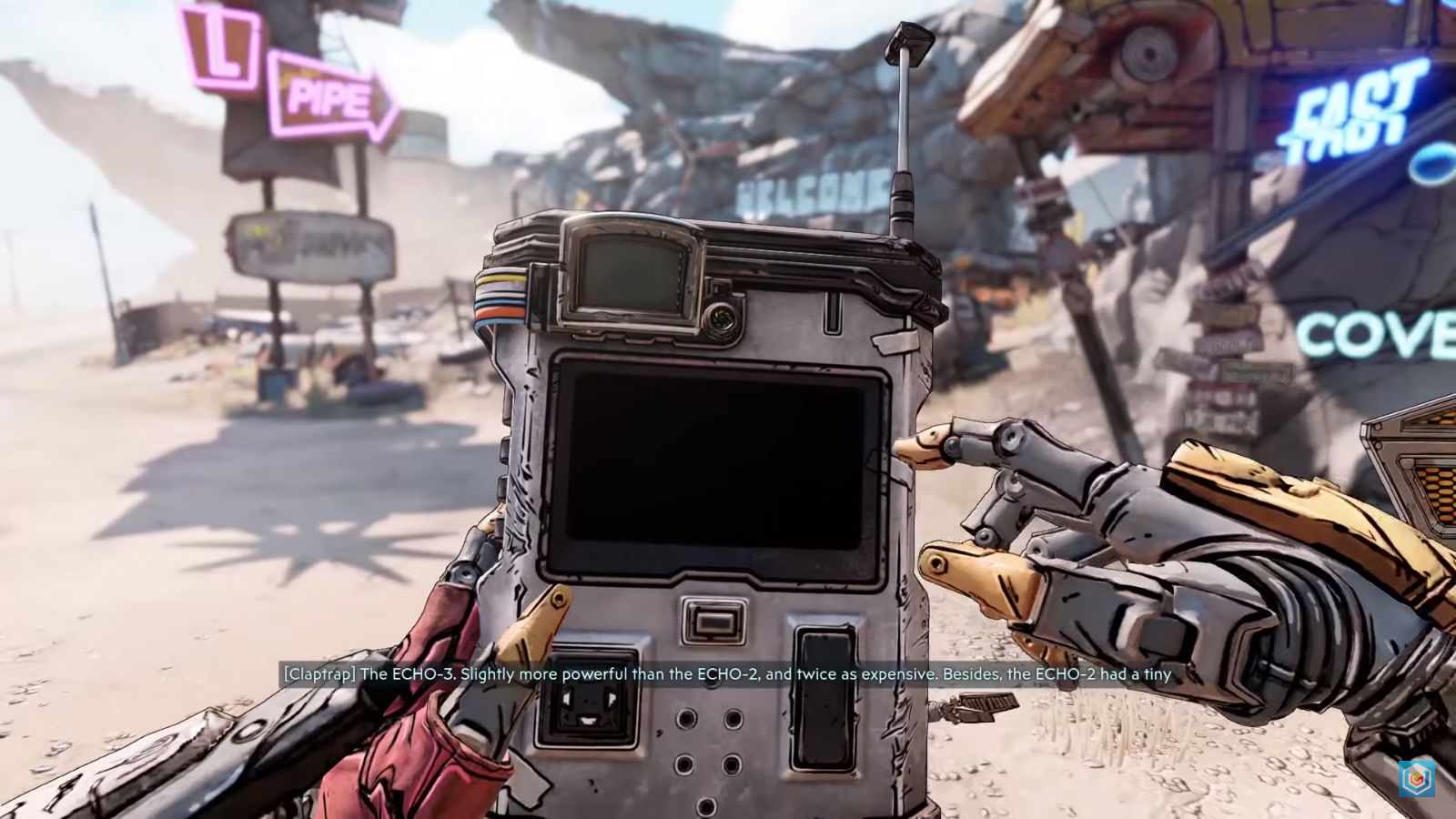 Follow Claptrap to the Quick-Change and explore the options for customizing your character. Agree to the EULA and then follow him to the pathway blocked by a fallen car. 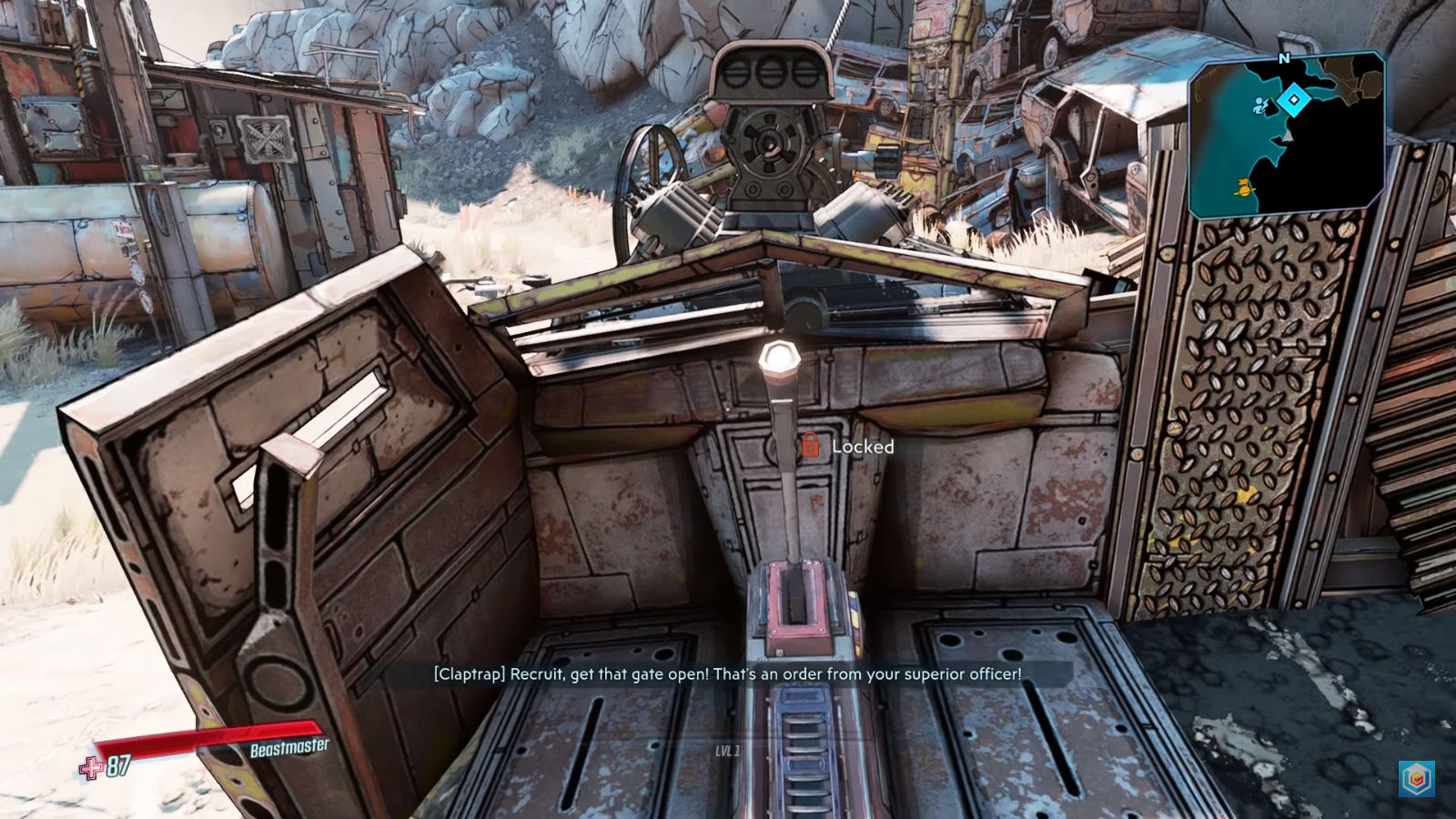 Activate the lever on the junkyard grabber to clear the path. Follow Claptrap across the bridge and to the entrance to the bandit hideout. You don’t need to emulate his stealth mechanics, but it’s a useful skill to practice for the rest of the game. 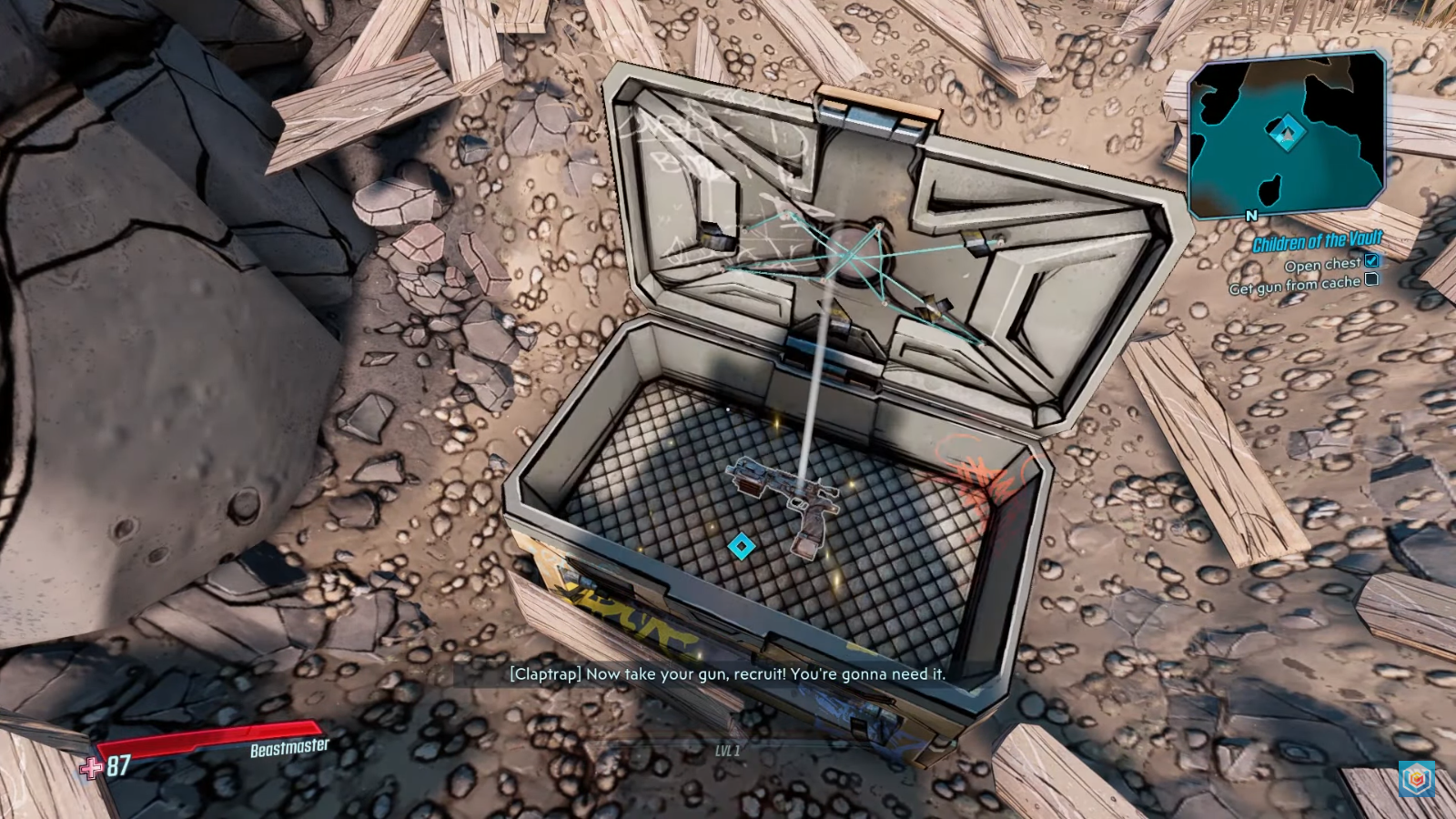 Claptrap will unearth a chest and give you your first weapon! He’ll then attempt to negotiate with the bandits, which will go…less than stellar. 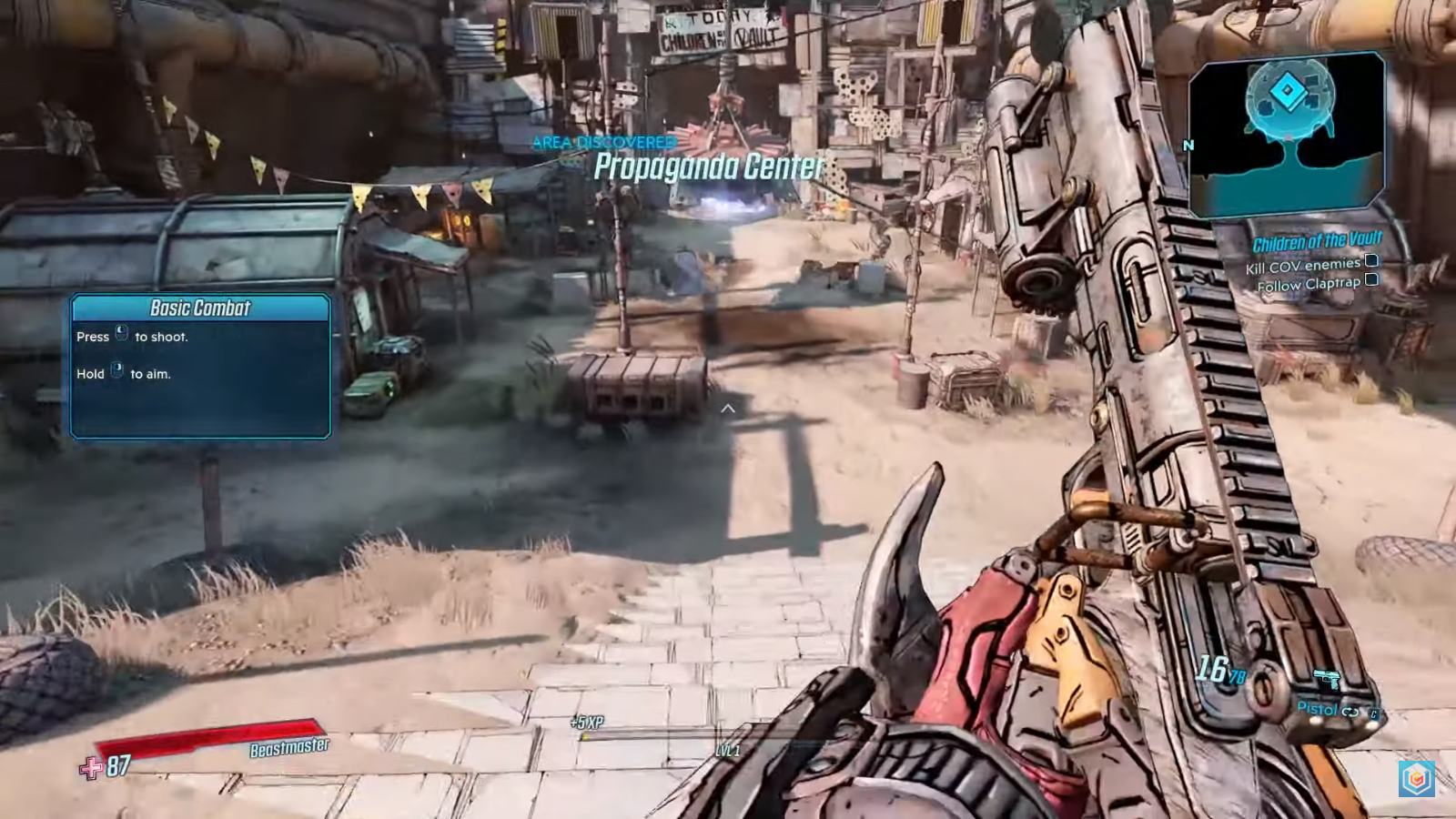 After the bandits use a massive magnet to kidnap Claptrap, enter the propaganda center and kill the starter enemies. Follow Claptrap’s voice into the next section and kill those enemies as well. 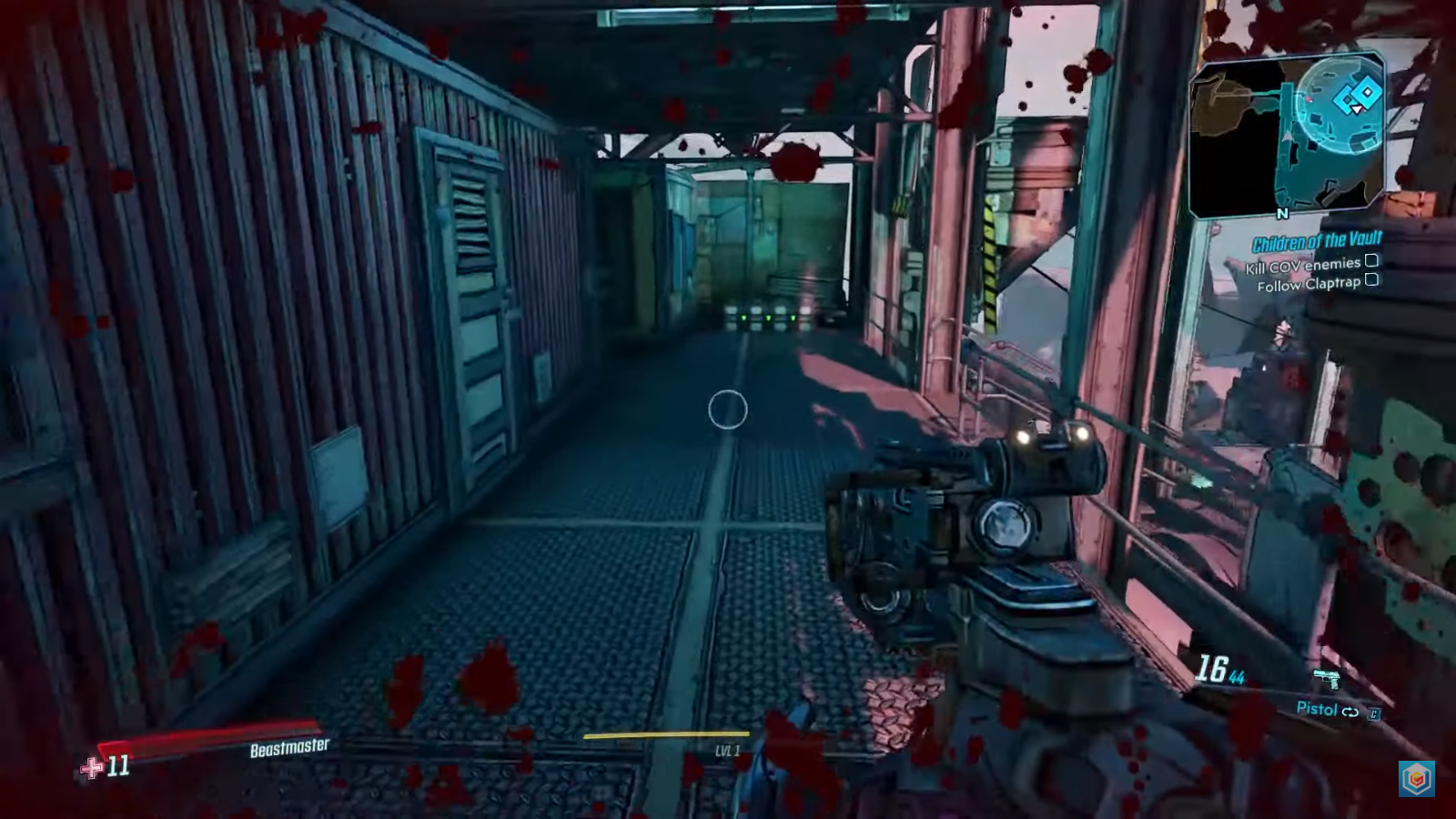 Before progressing into the final room to fight your first boss, check the staircase on the far left side of the furthest wall from where you entered. There’s a weapon chest here which is very likely to grant your first blue, green, or full-auto weapon. 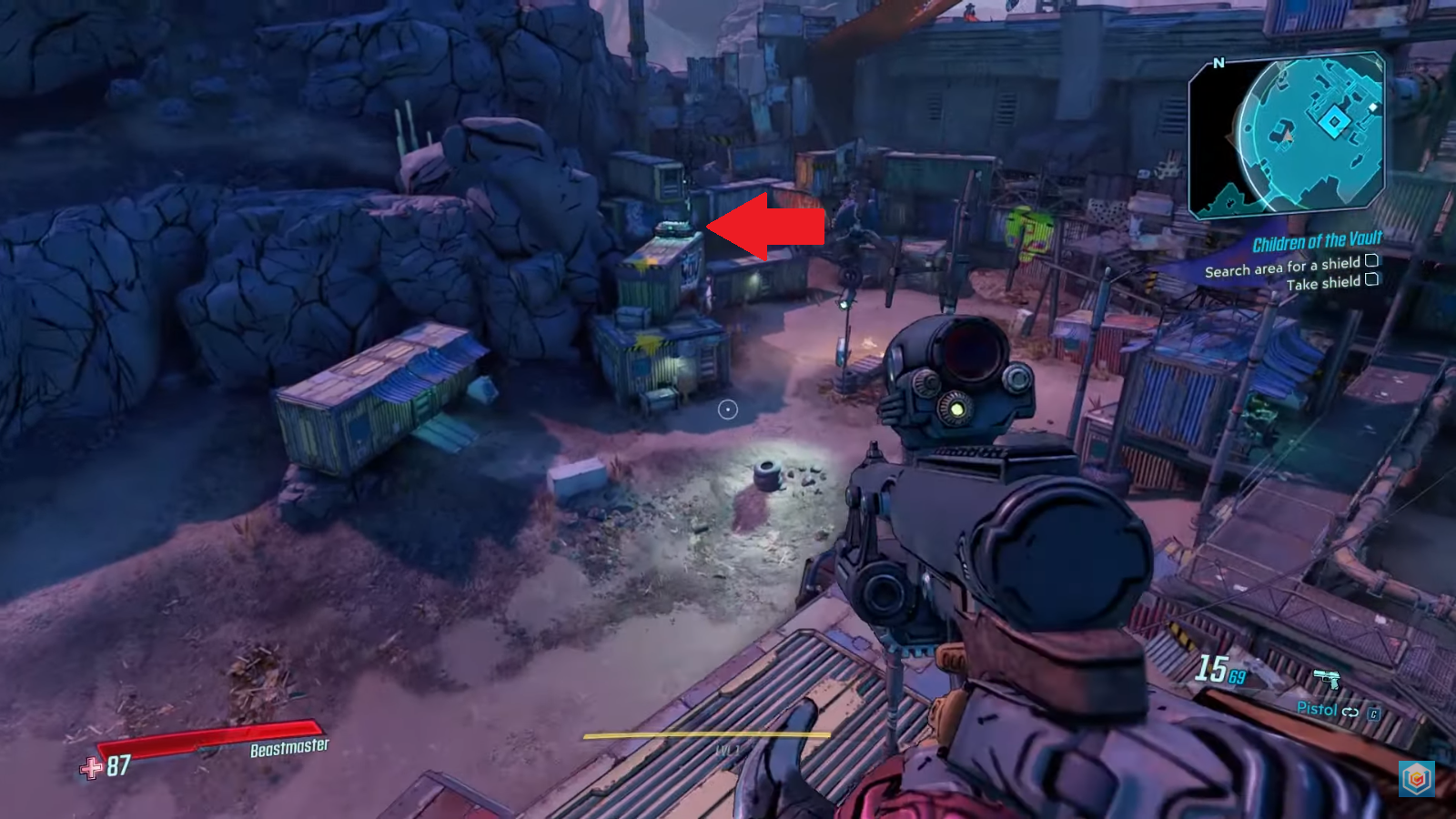 The door won’t open to let you fight Shiv until you locate your first shield. It’s in this high-up crate on the far leftmost side of the area. Now that you’re equipped and shielded, enter Shiv’s lair! 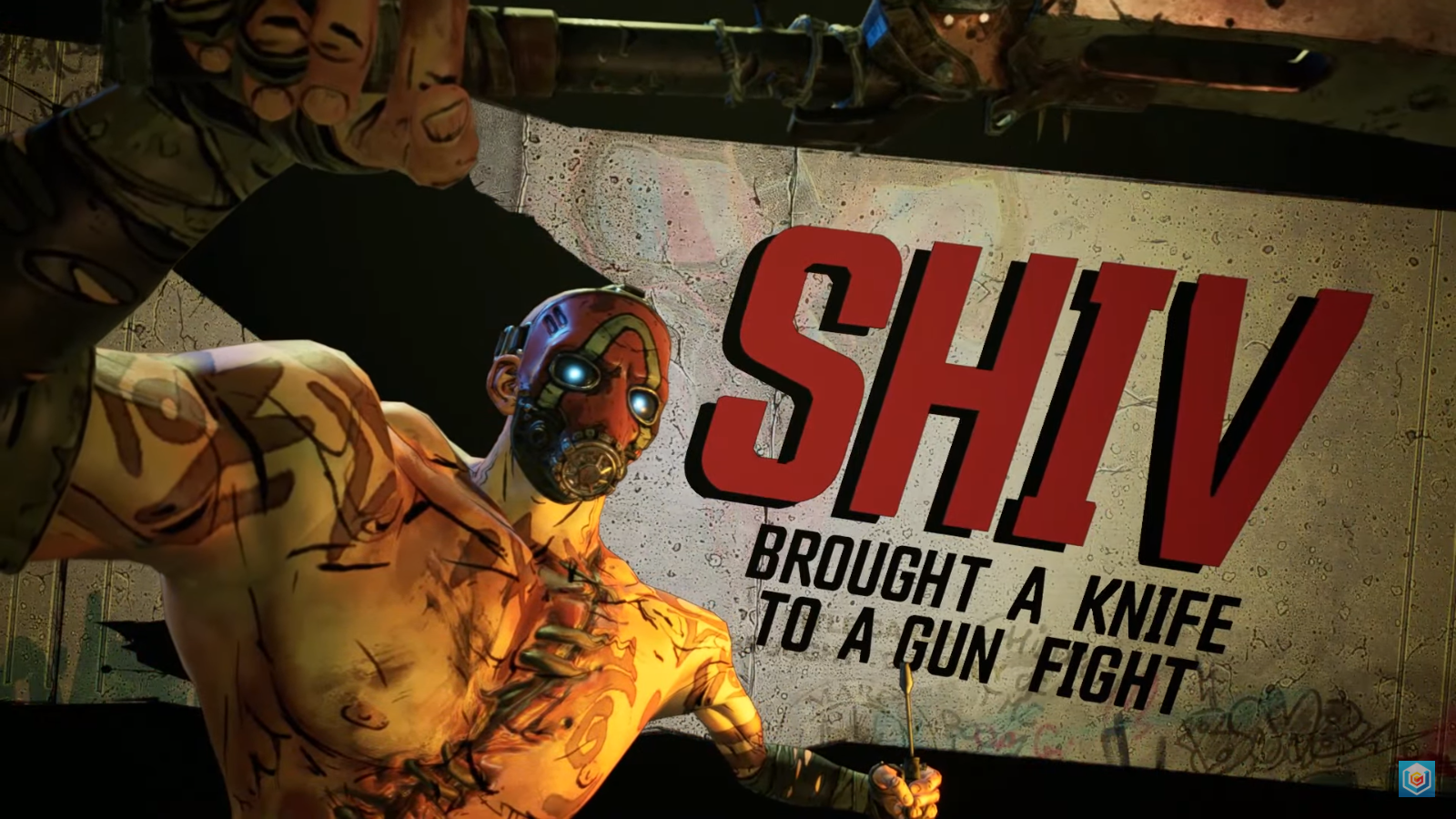 Shiv is a pretty easy boss; his signature move is a jump pound which is very easy to dodge or simply stay out of range of its shockwave. Try to bait him into the elemental barrels scattered around the pillars to deal bonus AoE damage. 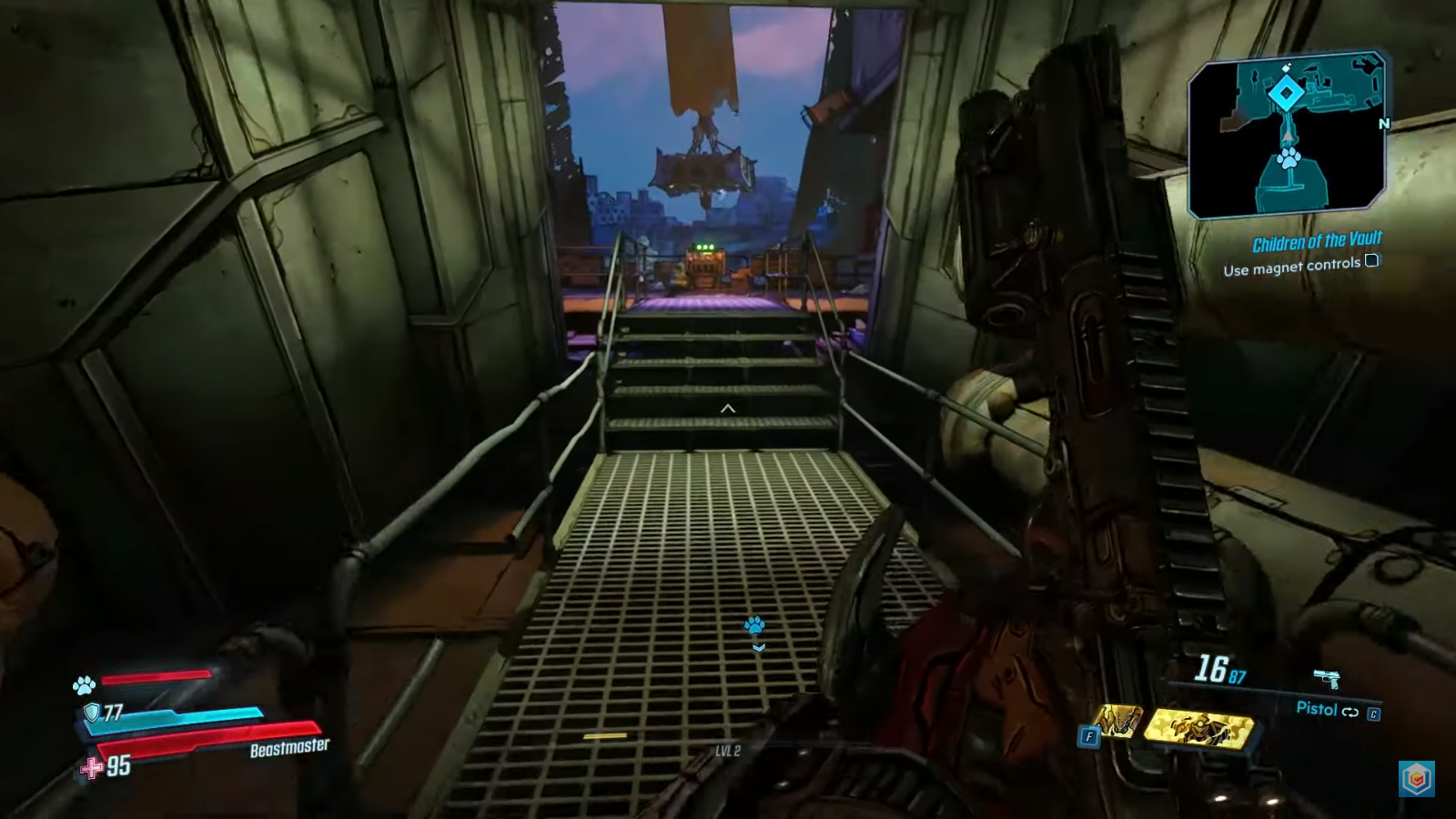 Follow the catwalks up to the top floor and release Claptrap by deactivating the magnet. Lilith will teleport in and thank you for securing a new home base for the Crimson Raiders…but the remaining bandits aren’t ready to give it up so easily. 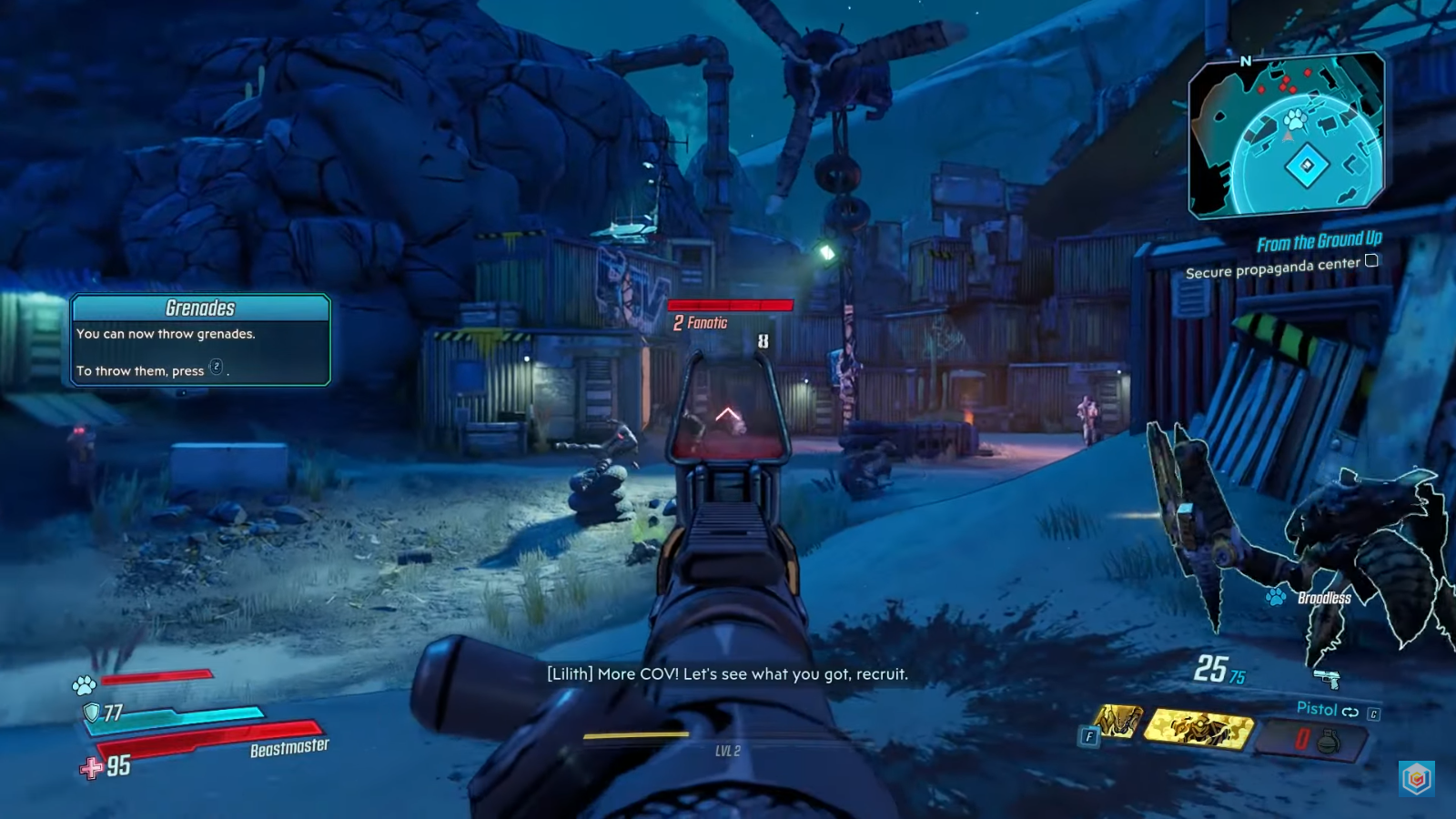 After you and Lilith kill the last of the holdouts, she’ll lead you back into the base and unlock a set of double-doors that were previously impassable. 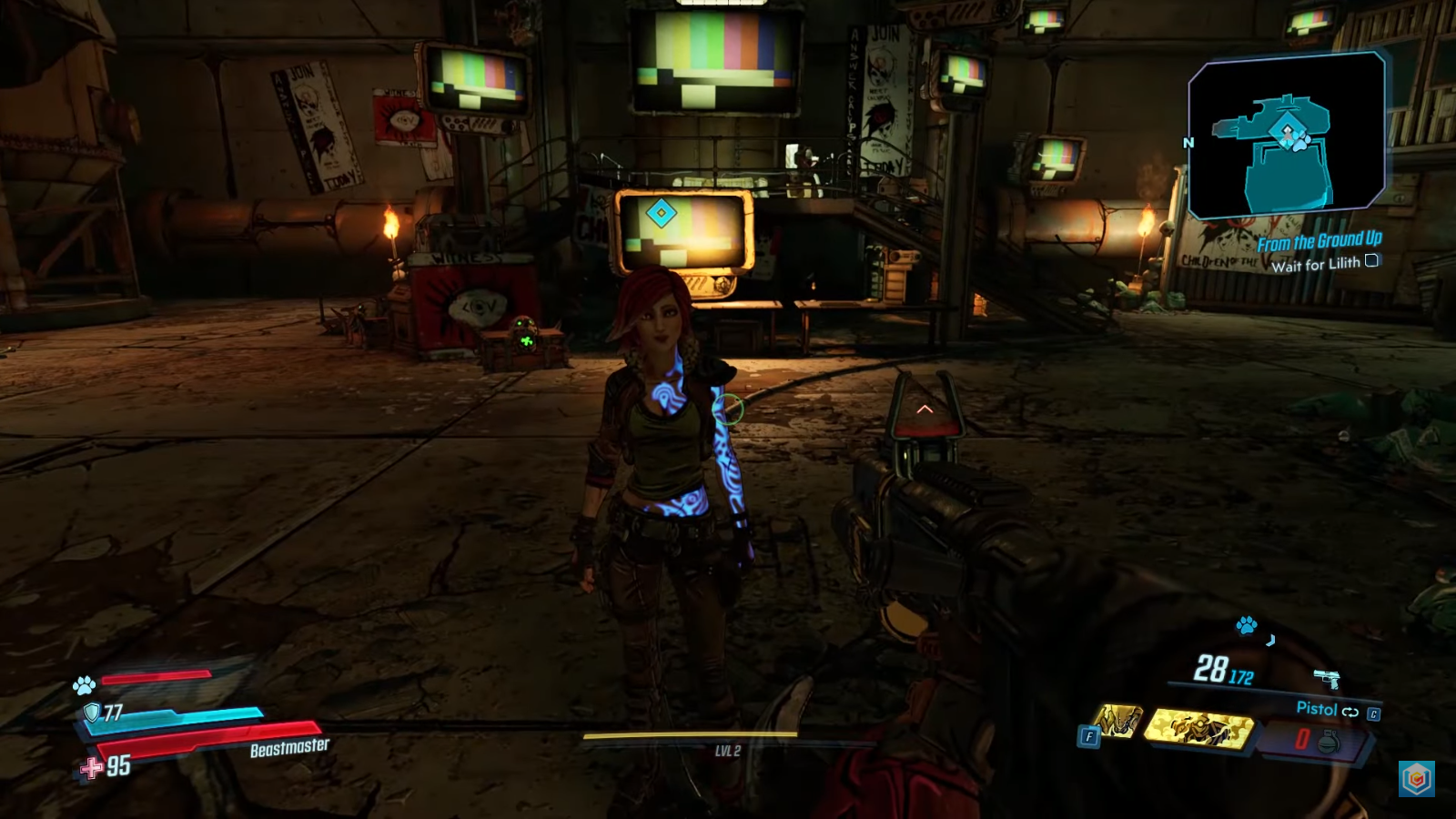 The doors lead to the command center, where Lilith finds evidence the bandits plan to assault the Sun Smashers. She tasks you with getting there first. 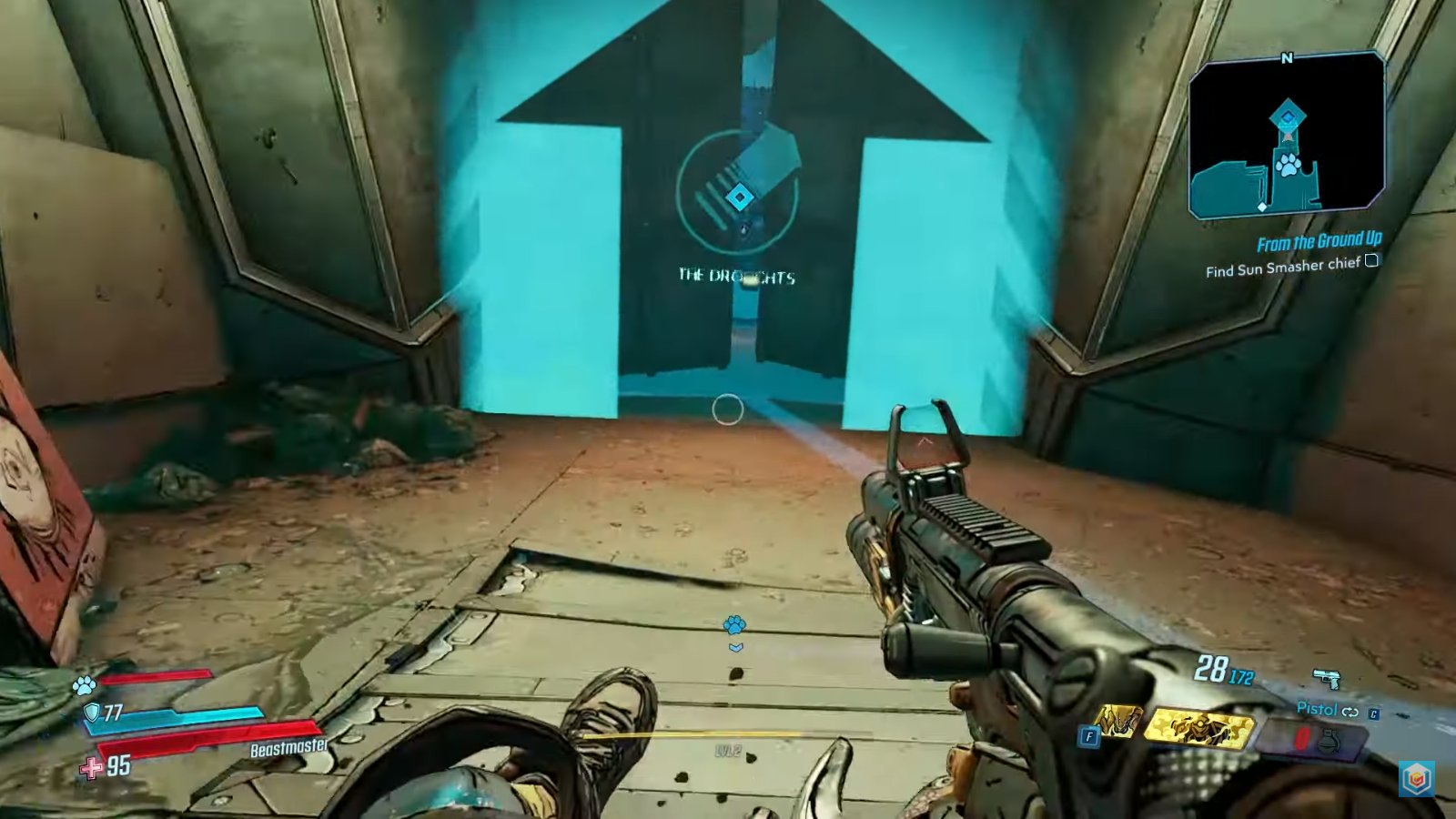 Lilith will open a hangar door granting you access to the rest of Pandora. You’ve completed your first mission, and are now prepared to take your first steps into this dangerous new world!