In Borderlands 2 You Are Cordially Invited: Tea Party mission we have to defend Tina’s party from any aggressors that may interrupt it.

Tina is throwing a tea party in Tundra Express for a vicious, hateful bandit named Flesh-Stick. Better kill any aggressors so the two can have their privacy.

First, we need to turn on the generator near the table that holds the guests for Tina’s party.

When we are ready to defend the party we just have to perform a melee attack on Flesh-Stick. Immediately after that, his friends will come inside and start attacking the generator.

For this reason, we must deal with the three waves of guests as quick as possible, while keeping the generator running.

The waves increase in difficulty and the battle can last for a while (given the fact that we also encounter some badass enemies); therefore, its best that we prepare ahead of this battle by restocking all of our ammo, and equipping our character with some fire and shock weapons. 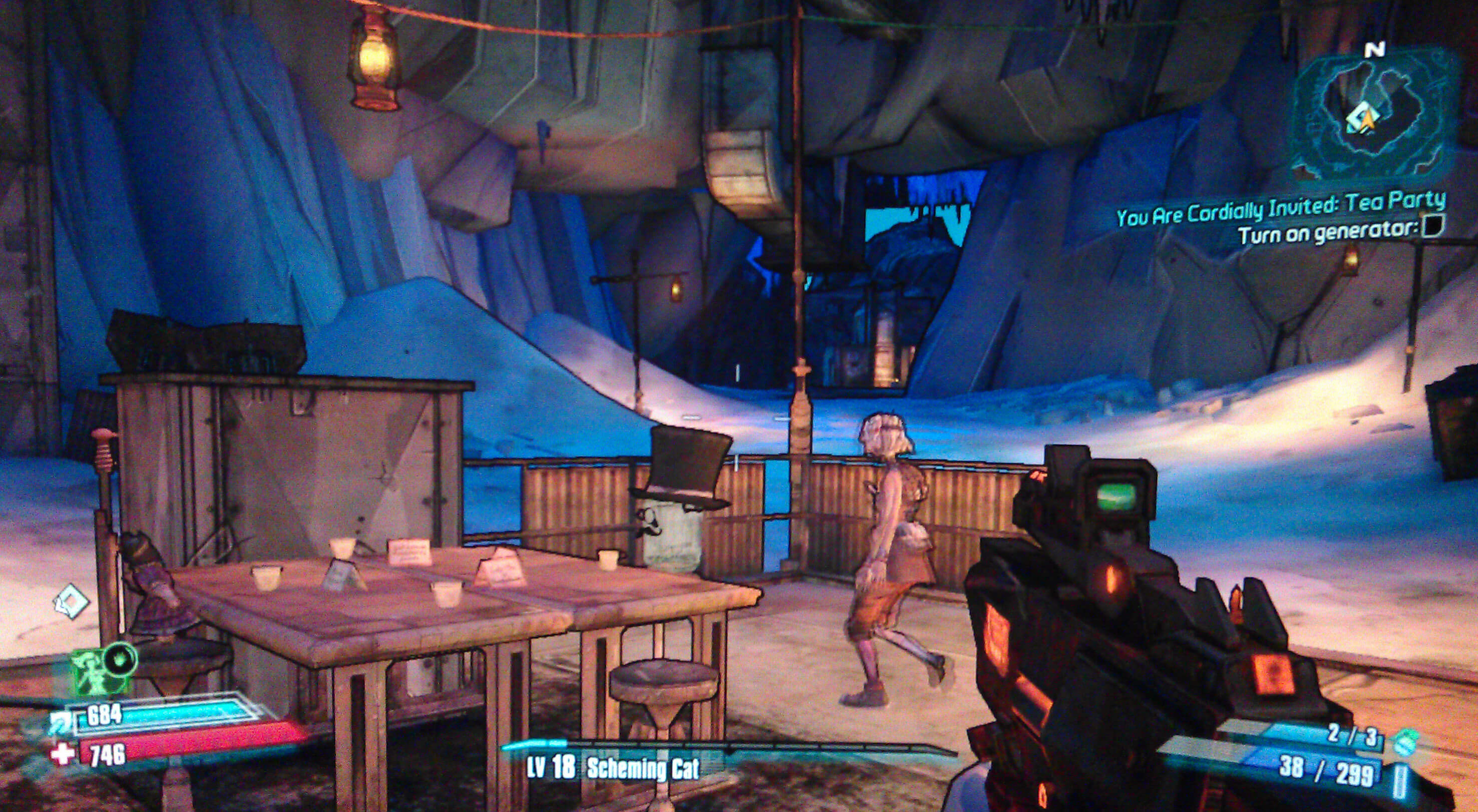