Borderlands 2 Wildlife Exploitation Preserve is an area designed for one of the main story missions in the video game, though it also features some other optional missions that can be completed while exploring it.

One of the games NPCs is here to help us with the main mission, but he will leave once we complete it.

Borderlands 2 Wildlife Exploitation Preserve is connected only with The Highlands through an exit point on the west side, and there are no exit points to other areas.

The shape of this area leads to the fact that it does not have a Catch-a-Ride system incorporated, and it only has vending machines opposed to each other on the map, some on the east side, and some on the west side.

The Borderlands 2 Wildlife Exploitation Preserve region is almost entirely occupied by a large Hyperion installation, in which animal experiments are developed using Slag.

The landscape is an exotic one, having more lush vegetation than other areas.

To the south is an industrial harbor, where we can encounter loaders and engineers, while in the center of the map and in the northern area, we can find more parts of the facility, including the holding cells and the experimentation labs.

The east side mostly comprises open areas in which the animals are being kept.

The majority of the opponents in this region are non-human combatants, including all kinds of stalkers, skags, and even rakks.

Because of this variety of enemies, it is recommended to stock up with all types of elemental weapons before attempting to start any missions in Borderlands 2 Wildlife Exploitation Preserve area. 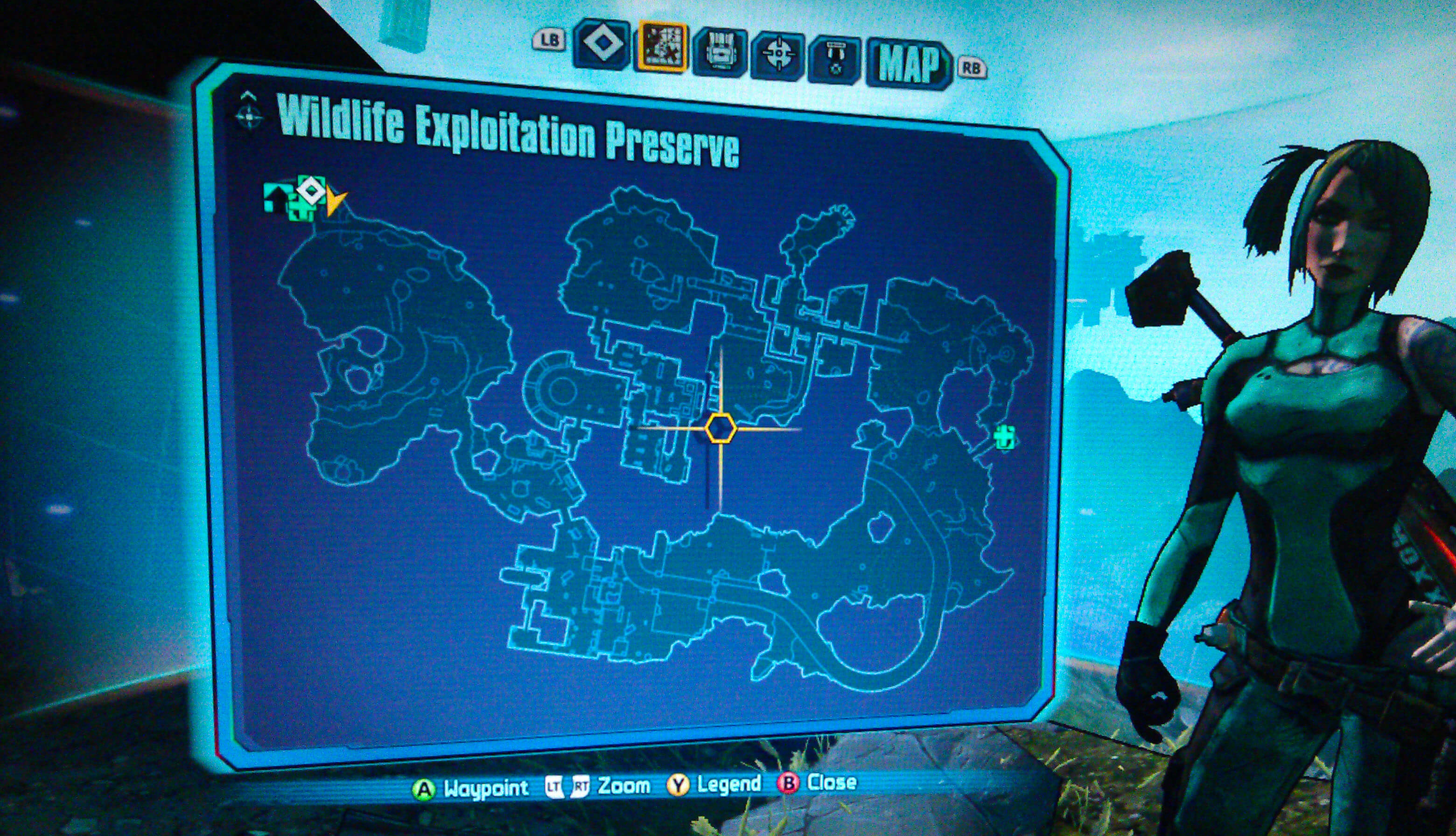