Borderlands 2 Where Angels Fear to Tread is the story mission, thats triggered right after we speak to Roland in Sanctuary at the end of The Man Who Would Be Jack.

Borderlands 2 Where Angels Fear to Tread is the mission for which we have prepared in the last three main missions, because now we have to get through the three security systems to reach Control Core Angel.

Angel is going to give you Handsome Jack, but only if you deactivate her first.

When we arrive to Thousand Cuts we can just ignore the enemies and go straight to meet Claptrap near the first security system, the barrier that disintegrates all the things that are not Hyperions property. Therefore, we speak to Claptrap, because he can go through the barrier and disable it for us.

Immediately after this, the assault will commence and Brick will send his buzzards to help us, for the fact that not only we will be attacked by the usual loaders, but we will also face some new enemies, like the JET Loader and the Hyperion Soldier (the JET and BUL loaders may be references to the Transformers toys by Hasbro, given the fact they can transform from a robot form into a machine form).

At the end of the ramp, before the large entrance to the path that leads to the bunker, a Constructor will spawn, hence its best to deal with him while keeping a distance, and using in our advantage, the slanted terrain.

Then we continue our way to the bunker, while avoiding the target circles drawn by enemy mortars. At the end of the road is another gate, and in order to open it we destroy the turrets on the towers, a task easily completed using a sniper rifle. More enemies come from inside, so we eliminate them before going any further, because, once we enter the depot area even more will spawn.

In Borderlands 2 Where Angels Fear to Tread an extremely powerful Badass Constructor will descend from the roof on a lower level, thus requiring our immediate attention, because he can construct as many opponents as he wants.

A very good tactic is to go outside the gates because he will still be in our sights, but he wont attack us (or at least we have enough room to dodge his missiles). From here, we can either use a good corrosive sniper rifle, or a rocket launcher (the sniper rifle is better to use so we can save the rocket launcher ammo for when we need a second chance).

We keep walking, getting rid of the resistance, until we cross the bridge to the exit point that leads to The Bunker. Brick informs us he will send some of his men to help us, and its also a good idea to check the weapon cache nearby, before entering.

Once inside, Brick gives us the task to eliminate the auto cannon that brings down the allied buzzards, and Angel tells us the final force field will only open when the bunker is destroyed.

We destroy the auto cannon and the objective will update, stating that we have to eliminate eleven more (note that they have a red weak spot on the back). Loaders will also come, and if we need ammo we look for a buzzard with a white beacon that drops supplies. When a canon is destroyed, the blue holographic handrails turn red, and some laser counter measures emerge from them, which has to be avoided by jumping over them or by climbing some boxes.

Despite the fact this can be a long fight; the real one only begins after we destroy all the auto cannons, because Jack has a surprise for us. In a cutscene, he tells us that the bunker isnt a place, is a giant robot called BNK-3R.

He starts flying around and shooting mortars. From time to time he stops and he generates two auto cannons on his front side. This is the moment where we have to shoot those cannons while avoiding his homing rockets. At some point, he will shot at us using an additional large plasma gun. This process is repeated until we drain his life bar. Once hes finished, we can go downstairs and open the security door in the area that was previously blocked by a force field, but before doing that we might want to check among the insanely amount of loot dropped by BNK-3R.

Tip: We can sell the loot at the nearby vending station if we want to make a quick buck.

Next objective in Borderlands 2 Where Angels Fear to Tread, is to get in the small room, which scans our bio signature. Then the Angel tells us the password and we repeat it by pressing the button. Inside, Jack makes his final warning, after which we press the button on the console to activate the elevator. On the way down, we learn something rather interesting from the Angel, the fact that Jack has a hidden Siren, who needs to be set free. Finally, we can take the exit point to Control Core Angel.

When we are inside, we use the console so Angel can execute the phase shift. Now, we will have a revelation. In order to steal the Vault Key, we first need to eliminate the Catalyst, the third Siren, aka Angel. Therefore, we enter her chamber to destroy the three Eridium injectors.

However, they are shielded, and for the moment we just have to fight the enemy waves, with the help of Angel, who constantly gives us ammo. At some point, Roland will arrive. While he works on the injectors shields, we have to keep on fighting a little longer, watching the control core turrets near the injectors, because their lasers are strong enough to penetrate our shield.

Eventually the Eridium injector becomes vulnerable to gunfire, hence we shot it immediately. Now Roland joins us in the fight, but only for a little while, because he has one more injector shield to lower before the catwalks retract, making the last injector impossible to reach.

This is the time when Lilith appears, after which she teleports Roland near the last injector. We continue the fight while being aided by Lilith, and when the last shield is down, we destroy the Eridium injector. 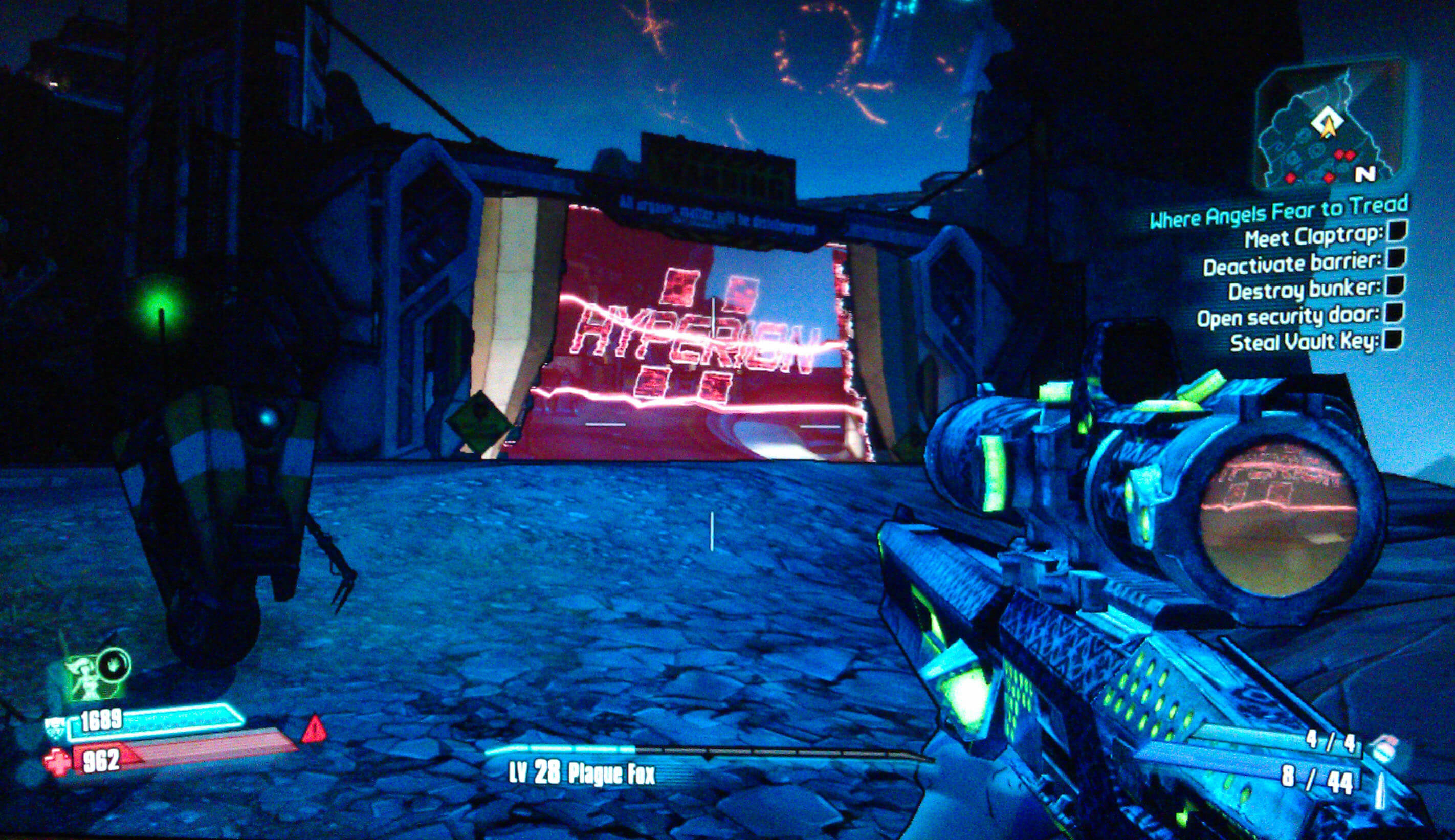