Borderlands 2 Uncle Teddy is an optional mission that is available at the bounty board in Fyrestone, Arid Nexus Badlands area.

A character named Una Baha wants us to head to Teddys cabin (her uncle) to find evidence that proves Hyperion stole his weapon designs.

A woman named Una has asked you to help her avenge her uncle, Teddy, who lived in Fyrestone.

Teddy, a weapons inventor, was exiled to Pandora after Hyperion stole his weapon designs. If you can find proof of Hyperions patent theft, Una can sue the pants off them. Metaphorically.

Our first objective in Borderlands 2 Uncle Teddy is to head to Teddys cabin (Teddy is actually TK Baha, a character from the first Borderlands game).

In the cabin, Una says we need to use a secret lever to open the door to his lab in the basement. Therefore, to access the lab we have to pull the chain of the ceiling fan (it has a clover leaf attached to it).

In order to prove the patent theft, we have to search the lab for six ECHO recorders.

The evidence is easy to find, we just have to open every locker and every deposit box until we have all six pieces.

After we acquire the recorders, Una asks us to get TK’s blueprint, which can be found inside the Marcus Munitions vending machine if we pull the lever from its right side.

As soon as we pick up the weapon designs, the Hyperion Corporation makes us a counteroffer.

This means we can put the designs in the mailbox in Fyrestone if we want Una to have them and also to receive a pistol; or we can use the mailbox at the nearby Hyperion outpost if we want them delivered to Hyperion, and get a shotgun instead.

No matter what our choice is, the action will complete Borderlands 2 Uncle Teddy, and now we can search for other missions in the Arid Nexus area. 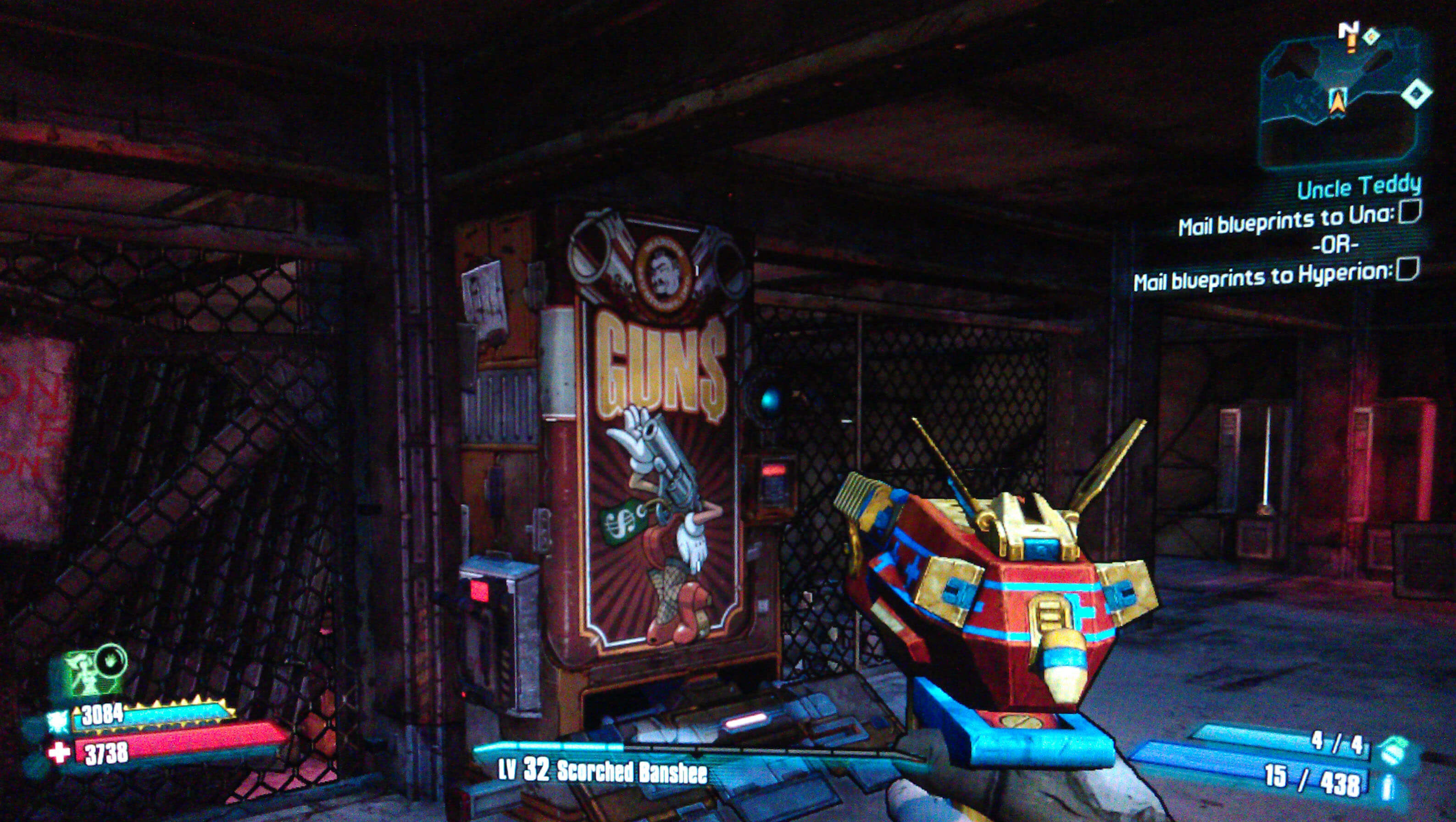