Borderlands 2 Tundra Express is an area from Frozen Wastes region thats opened for us later in the game, during one of the main missions. Even if this is a bit smaller than some previous areas in Borderlands 2, there are plenty of missions that can be completed here.

Borderlands 2 Tundra Express can be accessed directly via its connection to Three Horns Divide, but from here we only have an exit point to End of the Line, a tiny area thats story related (other than that, End of the Line has little importance to us).

Being a smaller area also means that we dont have a Catch-a-Ride system available to use in Borderlands 2 Tundra Express.

The landscape features some snow covered regions around the south edges, but the dry land is predominant in this region. There are quite a few enemy settlements, but due to the lack of space, these are much closer to each other.

The most important location in Borderlands 2 Tundra Express is the high tower in the center of the map, a place where we can meet two new NPCs.

On the map we can also observe a railroad system that plays an important part during the main story line.

In Borderlands 2 Tundra Express, aside from the usual human enemies, we can find a new insect like enemy, called the varkid, and also an explosive plant named firemelon.

While the lesser varkids are harmless, in large numbers they can easily break through our defenses. Their hive nests can be found in the surrounding areas, except for the enemy bases.

We can find as well, some large bombs around that need to be avoided as much as possible. A Train to Catch is a side-quest that can be completed in this specific area. 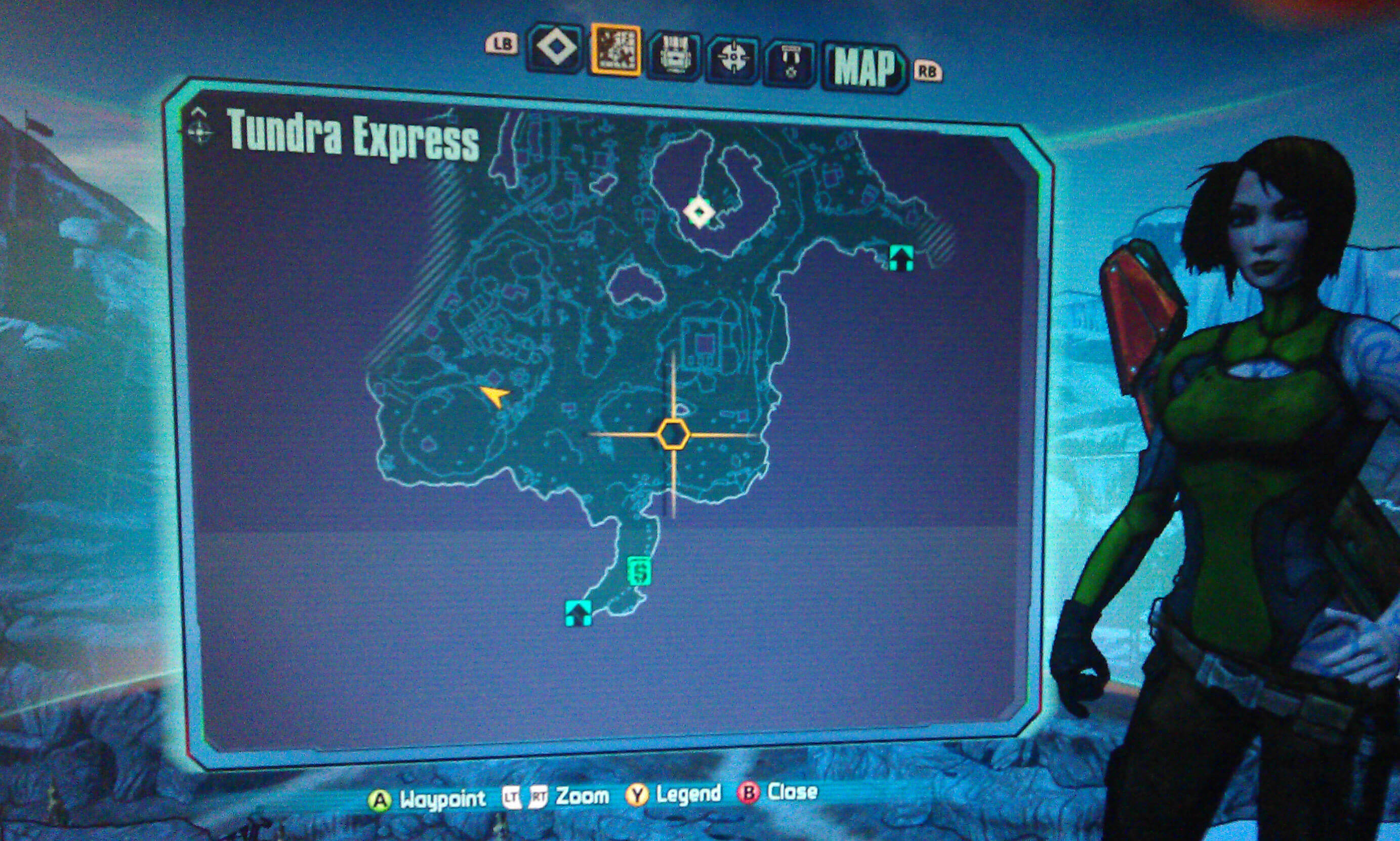