Borderlands 2 Three Horns Valley becomes available to us when we first travel to Three Horns Divide, but its not in a good idea to go there unless we acquire some optional missions from Sanctuary or until we complete Hunting the Firehawk story mission.

The size of this area is similar to Three Horns Divide, given the fact that they are adjacent.

The two exit points in the east connect it to Three Horns Divide region, while the west point leads to The Fridge, a smaller zone.

There is also a central exit point to a facility called Southpaw Steam & Power, but the most important exit points are those in the north, because they lead to two new areas, the Bloodshot Stronghold and The Dust, the biggest area in the game so far.

The lack of snow is predominant in this area, especially on the main roads (the name of the area also implies that), but the enemies are the same as in Three Horns Valley, with a larger number of skags.

There are some areas of interest around here such as a large facility almost in the middle, a nearby cavern which features an optional mission, a small settlement built above the water, the entry to the bandits stronghold, and the most important one, a motel in the upper part of the map.

This motel includes vending machines and a fast travel station, but the thing that matters the most is that it also has a bounty board that can provide us some side missions. 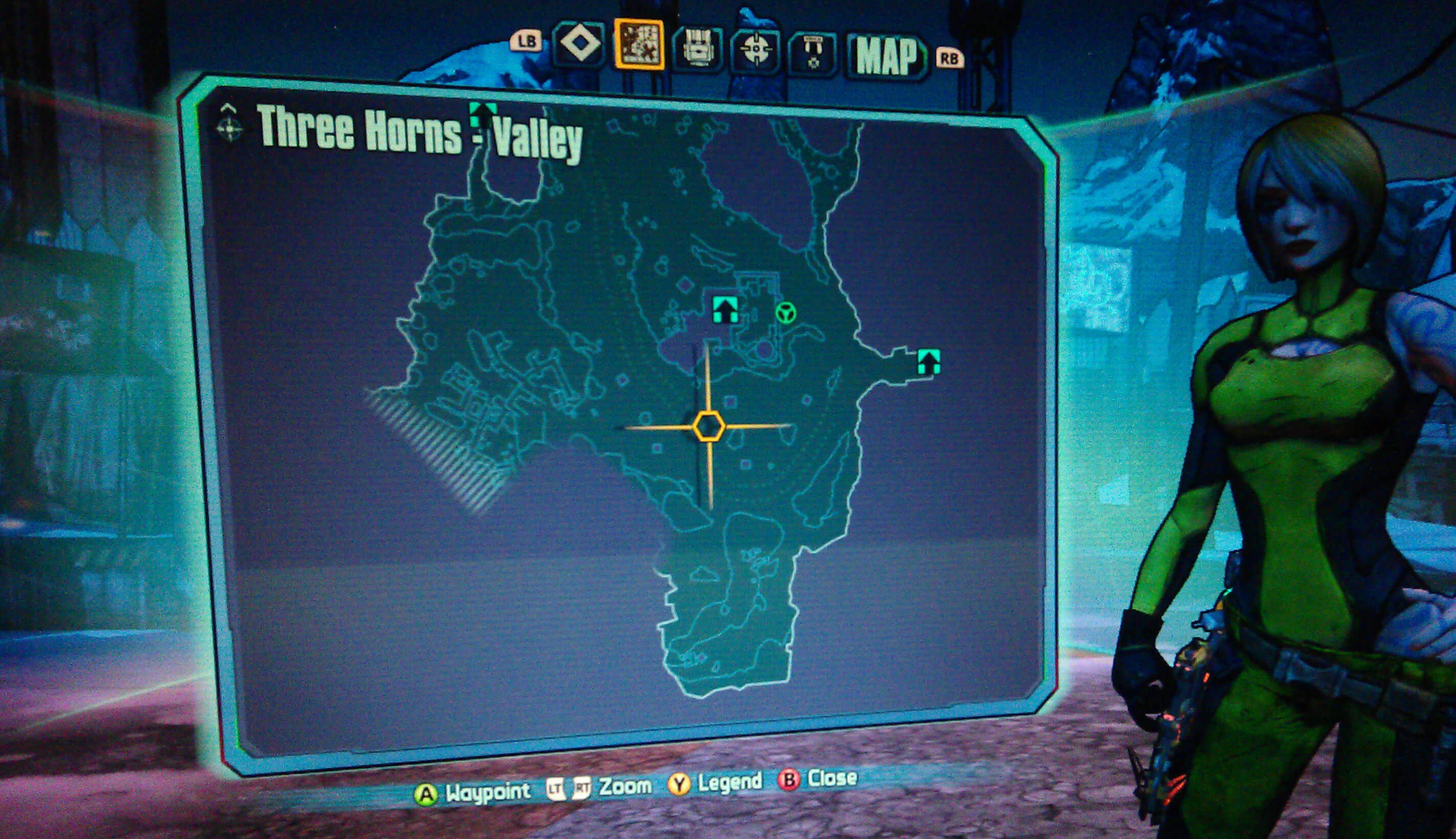