Borderlands 2 Thousand Cuts region plays an important role for the games story, because on its highest mountain it is the Control Core Angel, the location in which the AI known as Angel has its servers.

Otherwise, it is irrelevant to travel here at an earlier moment than the one when we have a mission to attend to.

Borderlands 2 Thousand Cuts has a direct connection to the western part of The Highlands area via an exit point in the east, near the Fast Travel station.

On the southern side of this region we can see an exit point to The Bunker, one of the three defense systems that lead to Control Core Angel, but this point will be available later in the story.

Due to the fact that this is a small area and that it features a few chasms between regions, the Catch-a-Ride system in Borderlands 2 Thousand Cuts, once again, is missing.

The majority of this region belongs to an important NPC, and its covered by camps and bases inhabited by his men.

However, on the south side of Thousand Cuts, the first protection system of the Guardian Angel can be clearly spotted in the form of a Hyperion gate that will instantly disintegrate all living matter.

Traveling beyond this point is highly unadvised if the active mission does not require it.

Also, we should note that we only encounter human opponents and robot loaders when the mission demands it. 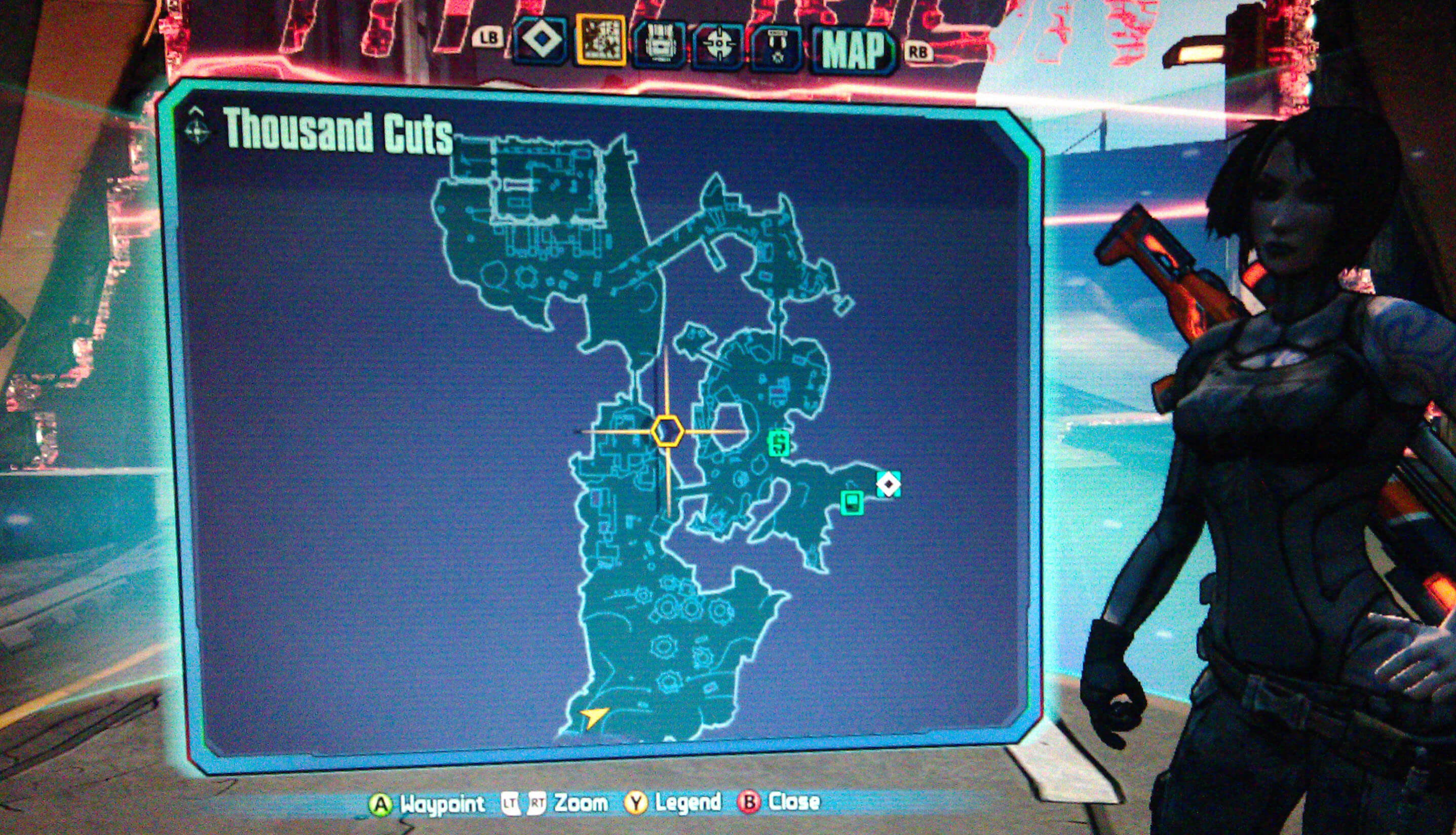