Borderlands 2 This Just In can be acquired if we talk to Mordecai in Sanctuary after Toil and Trouble story mission.

He tells us about a character known as Hunter Hellquist, who is spreading lies about our actions (we can listen to his broadcasts after each major mission if we pick up the ECHO recorder from the booth in center of Sanctuary).

Because of this, Mordecai wants him silenced.

Since your arrival on Pandora, Hunter Hellquist, of Hyperion Truth Broadcasting, has been spreading lies about your exploits. Mordecai has tracked down the source of those broadcasts and asked you to silence them for good.

In order to find Hunter Hellquist and finish Borderlands 2 This Just In, we have to travel to Arid Nexus Boneyard.

Once we get here, the radio station its just ahead the fast travel system, in a small construction (Hyperion Truth Network). On the other side, is an elevator between two support poles.

We use it to get on top, and then we press the button to open the doors of the radio station.

As soon as we get the doors opened, the things get messy, because Hunter Hellquist calls in for Hyperion support troops.

This means that robot loaders will almost instantly spawn at our location, and we dont have much space to fight or get cover, hence we could either use a rocket launcher to finish the fight as quickly as possible, or we could move the fight down on the ground, where we have more space for maneuvers.

Regardless of our chosen tactics, Borderlands 2 This Just In is ready to turn in after we kill Hunter Hellquist; but before going to Sanctuary to speak to Mordecai, we might want to check the ECHO recorders inside the radio station.

When we are ready, we can turn in the mission to Mordecai in Crimson Raiders HQ. 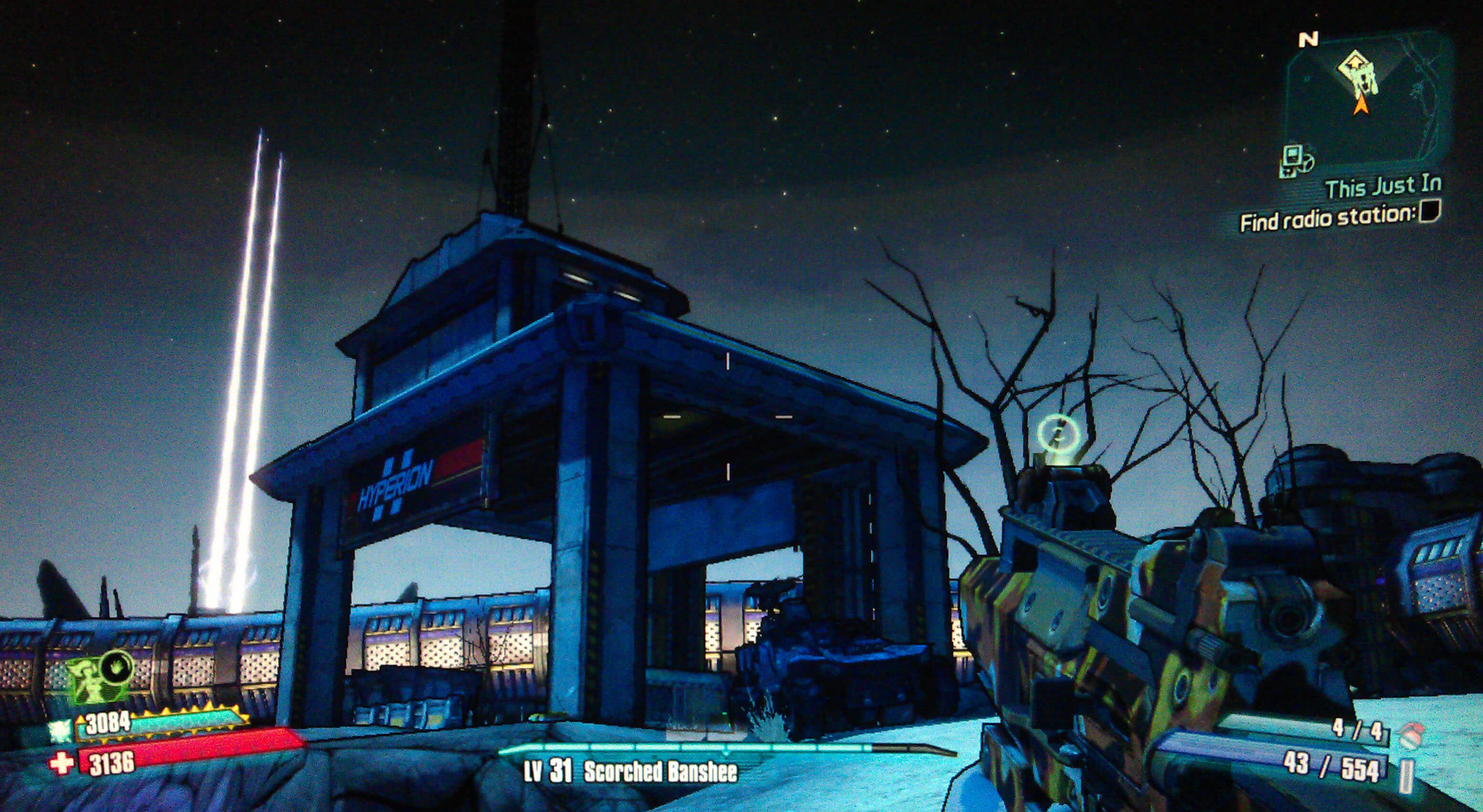