Borderlands 2 The Once and Future Slab is the next story mission that gets triggered when we speak to Roland in Sanctuary to complete Wildlife Preservation.

Since the first item needed to get to Control Core Angel was acquired (Wildlife Preservation mission), now we need to get the help of a character named Slab King, in order to get past the second obstacle, which is a defense bunker.

With the first obstacle to Control Core Angel accounted for, Roland has turned your attention to the second obstacle: a big-ass Hyperion defense bunker.

Roland feels you need the help of a local bandit leader, the Slab King, to destroy this bunker. The Slab King can be found in Thousand Cuts, but be careful  though he hates Jack as much as anyone, his men wont exactly welcome you with open arms.

When we activate Borderlands 2 The Once and Future Slab, the first thing to do is get the note from Rolands hand so we can proceed to Thousand Cuts using the exit point from The Highlands area. When we get inside Thousand Cuts area, Roland informs us that the Vault Key is at the top of the highest mountain from here, and that we need to speak to the Slab King to see if he can get us pass the bunker.

As soon as we enter the enemy settlement, the Slab King will order his men to kill us; because he thinks we are an assassin sent by Hyperion. Therefore, we continue following the waypoint, while eliminating the resistance and listening to what he has to say. At some point, before crossing a big bridge, Roland will inform us that in order to get the note delivered to the Slab King, we have to survive his initiation.

We use the stairs to get to the next level (the path is pointed by arrows), and then we drop down inside the factory. The moment we get inside the factory, the Slab King will send his bandits to attack us, so now we need to survive this initiation.

We have to fight most of them at the same time, and its not a bad idea to take some cover from time to time to regenerate our shield. Given the fact they are human combatants, fire weapons will work best on them, except on those with shields. Only after we defeat all waves, the Slab King will get down to us, revealing himself in the cutscene as Brick, the fourth playable character from the first Borderlands game.

We give him Rolands note, and by doing so we ensure our way to get past the bunker to Control Core Angel.

After this, Brick will open the door for us, but before this, Handsome Jack sends in his attack troops. Brick gets outside, and we have to follow him (while he takes care of the loaders with his bare fists) to destroy three mortar beacons. After crossing the bridge, Brick tells us to stay away from the painted targets on the ground, because a mortar strike will soon drop in those spots.

We arrive at the first beacon in Borderlands 2 The Once and Future Slab, but we have to wait for Brick to destroy its shield, after which we can attack it at will. When the beacon gets destroyed, Jack will send more loaders. We take care of them using Bricks help, and then we follow him to the second beacon, while avoiding the mortar strikes.

Again, Jack will send more minions to stop us, but we eliminate them as well, and we head to the final beacon. Just like the last time, after we destroy the last beacon, Jack will send in reinforcements, this time in the form of a badass loader thats easy to defeat using a corrosive weapon.

Next, we follow Brick again, who tells us that we will meet with him in Sanctuary. Now, we can also turn in the Borderlands 2 The Once and Future Slab mission, so we fast travel back to Sanctuary, and we speak to Roland to complete the quest and to trigger the next one in line, called The Man Who Would Be Jack. 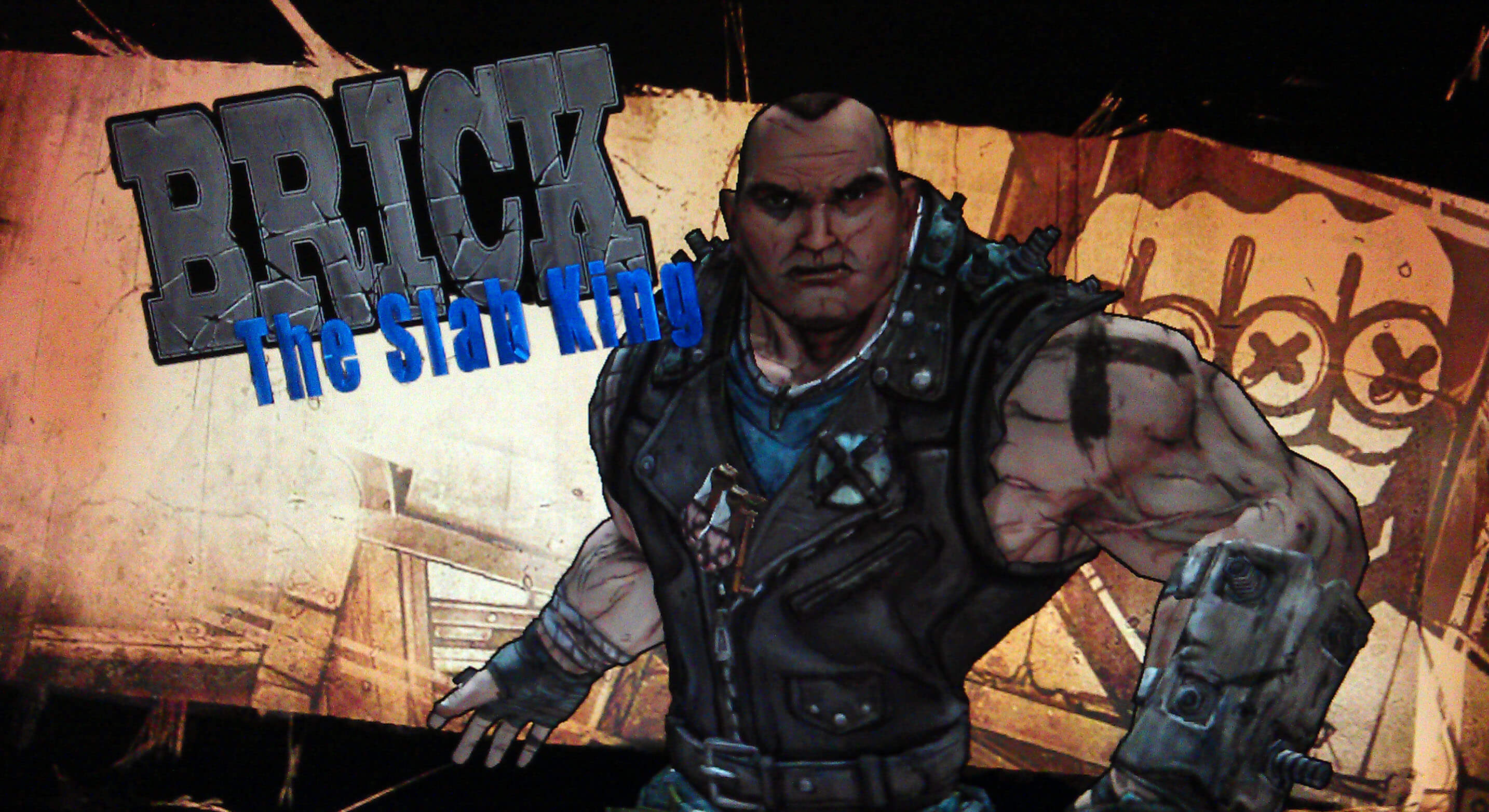