Borderlands 2 The Man Who Would Be Jack is triggered at the end of The Once and Future Slab, when we speak to Roland in Sanctuary.

We have the means to defeat the first two security systems, but Roland has no idea how to get past the third one, because that one requires Jacks presence.

Luckily for us, Angel has an idea. We have to travel to the city of Opportunity and kill one of Jack’s doubles to fake his bio-scans and his voice.

To stop Jack from awakening the Warrior, you will need to shut down the Guardian Angel. Control Core Angel is defended by three major obstacles  two of which you have already planned for.

The final obstacle to Angels lair is a door that will only open for Handsome Jack. Rolands got no idea how to get past this door, unfortunately.

After Borderlands 2 The Man Who Would Be Jack is activated, we travel to the city of Opportunity by taking the exit from the bridge in the southern side of The Highlands area (in case we havent activated the Fast Travel station from Opportunity). When we arrive in Opportunity, the Angel will give us the task to kill one of Jacks doubles.

On our way to the large waypoint we come across many enemies, most of them being the usual loaders and engineers. However, Opportunity introduces a new loader variation that can cast a bubble shield that deflects bullets, and if we go inside this shield, he will electrocute us.

Also, near the waypoint, a powerful Constructor robot may spawn. Moreover, if we come here with a low level character, we will have a hard time fighting the enemies. A strategy that may work is to use slag weapons on loaders, and then switching to corrosive ones.

Jack’s double can be found in Opportunity Square, below the building marked by the waypoint. He is guarded mostly by engineers, and hes much more resilient than the usual enemies, having a shield that quickly recharges.

Its best to stay in cover and kill the enemies one by one, until we can focus on Jack’s double. Once hes dead, we have to pick up his pocketwatch, a replica of Jack’s PDA that contains his bio-data, giving the holder, full security clearance.

Now that we have Jack’s bio-data, we have to get a sample of his voice by accessing the info kiosk nearby. But one is not enough, and Angel needs us to get four more voice samples in order to build a voice modulator for us, so we have to visit each marked location and activate the kiosks. After we have the recordings, we have to go and upload them to Angel.

Tip: This objective is located in an underground room, and its easy to miss.

Once inside the room, we upload the samples using the console nearby and then we pick up the voice modulator she gives us. We listen the conversation to conclude our work in Opportunity.

Now we can return to Sanctuary, and turn in Borderlands 2 The Man Who Would Be Jack to Roland. This will advance the games main story to the next chapter, triggering the mission called Where Angels Fear to Tread. 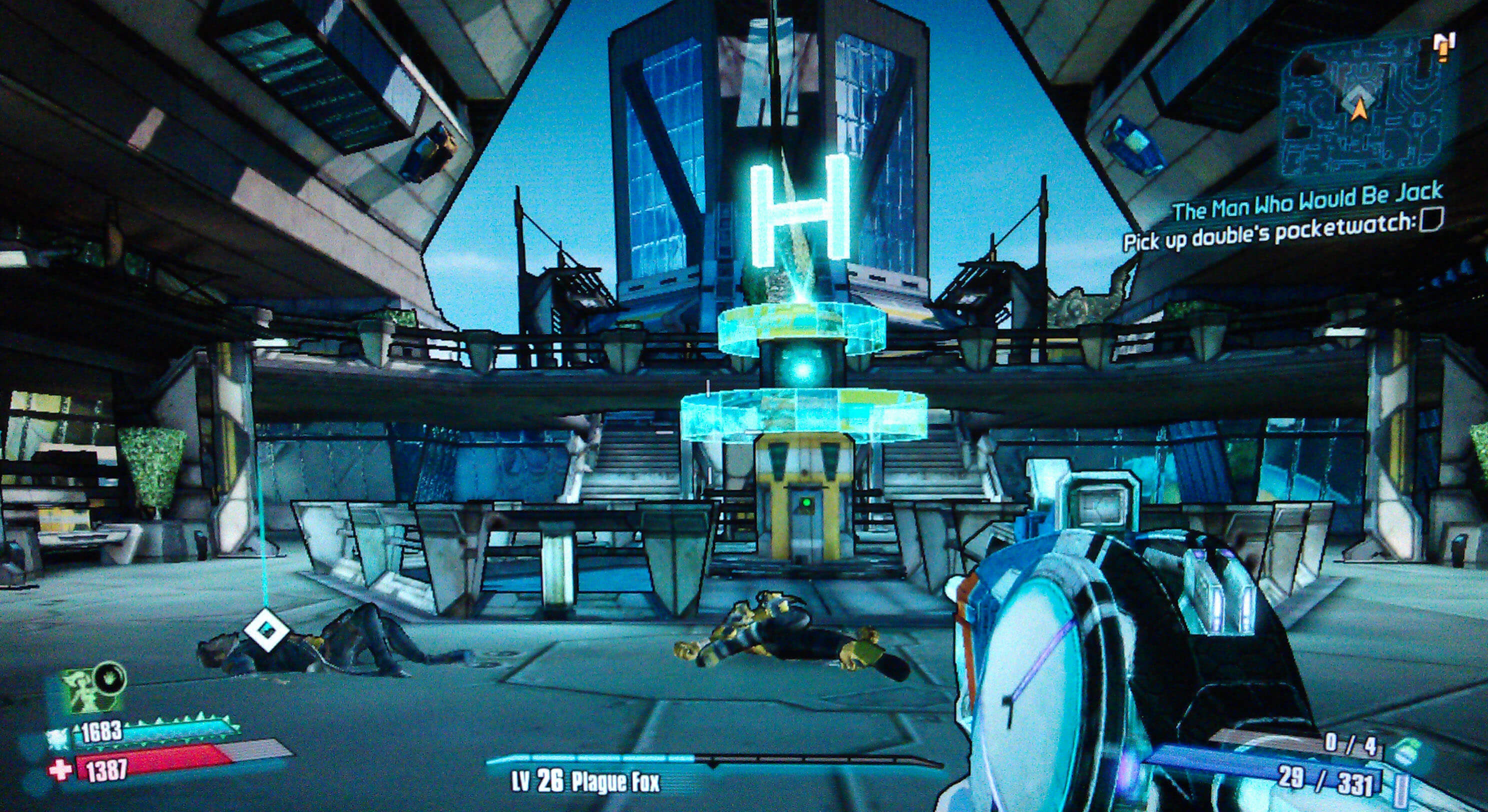