It also lacks the presence of NPCs or bounty boards.

Half of Borderlands 2 The Highlands – Outwash region is similar in aspect with The Highlands area (rocks and mountains with grass and waterfalls), and the other half is occupied by a large facility, known as Hyperion Extraction Plant, which is probably the most important location we can find here.

Because of the region’s size, the vending machines can be found in one place only, next to the Fast Travel system.

Also, the Catch-a-Ride system is missing.

Inside the Hyperion installation we can find the usual enemies, the robot loaders and the human engineers, whereas other zones are populated with stalkers, which are incredibly fast creatures that can cloak when their shield is not depleted.

The threshers, however, are much rarer than in The Highlands area, with the sole exception of some missions, listed in the following Borderlands 2 walkthrough. 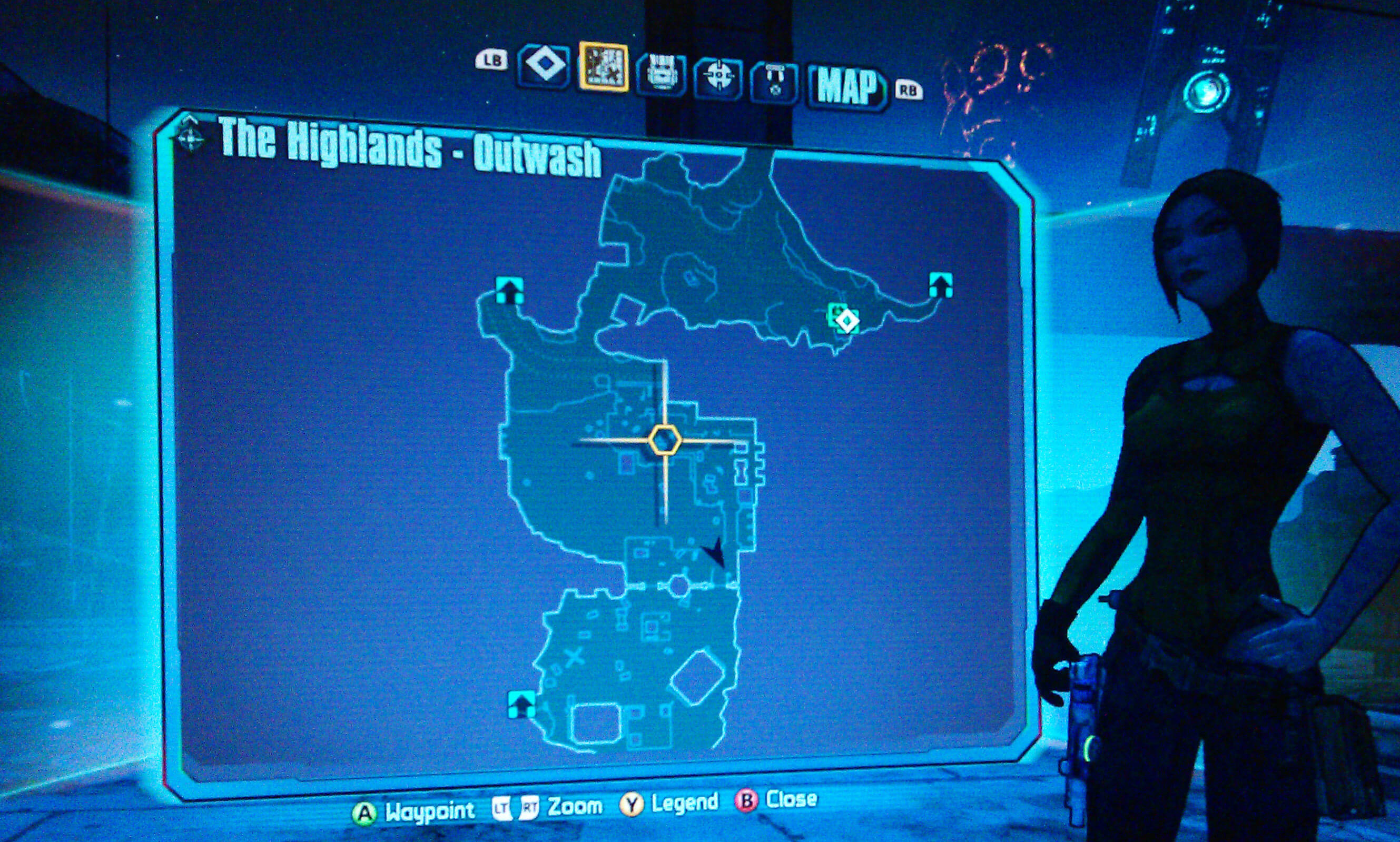