Borderlands 2 Southern Shelf Bay is a smaller area than Southern Shelf, and it only features one main zone, Blackburn Cove, located to our left as we go through the exit from Southern Shelf (north on the map).

It is in our interest to go to Southern Shelf Bay only after we acquire the Symbiosis optional mission from Sir Hammerlock in Southern Shelf, because aside from four telescopes and two hidden Vault Symbols that we can find here, there is little to do for us in this area.

Additionally, we should visit Southern Shelf Bay before trying to complete the story mission named Best Minion Ever, because following Claptrap will bring us further in the game, to a new zone.

The area known as Borderlands 2 Southern Shelf Bay is inhabited by multiple hostile creatures; therefore, we should start the exploration only after we equip our hero properly.

A good idea is to explore the south-eastern side of the map first, and try to level up before entering Blackburn Cove.

This side of the map includes several icebergs on which we can climb to fight even more Bullymongs. Even if the icebergs are separated, we can jump from one iceberg to another, in order to advance.

Once the northern part of the map is fully explored, we can advance towards Blackburn Cove, and explore the buildings and piers. Our goal in Blackburn Cove is to finish the optional mission known as Symbiosis.

After we complete the objectives, we can return to the exit point and travel back to Southern Shelf. 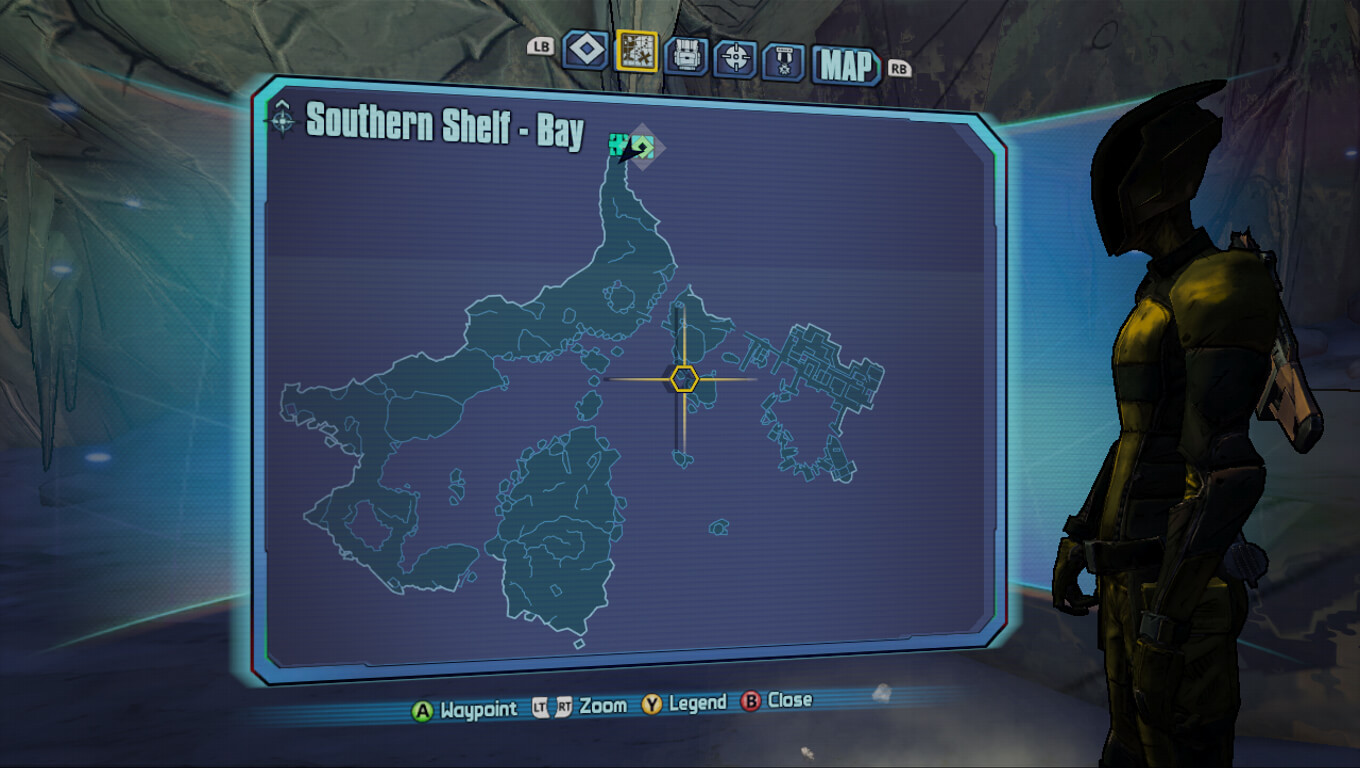