Borderlands 2 Sanctuary is one of the most important areas, because it is a central hub where we can get multiple missions and purchase new equipment for our character.

It also features The Black Market, a store where we can purchase some permanent upgrades, and also a safe house where we can store some of our gear that we dont want to sell.

The Borderlands 2 Sanctuary area is accessible after finishing The Road to Sanctuary mission, and it can be entered using the exit point from Three Horns Divide or using a Fast Travel station.

It is mostly comprised of a town that has a lot of stores and vending machines, but it also has other things and objects that we can interact with, like some audio logs that uncover some of the local history, and 5 hidden Vault Symbols.

Its important to know that there are no enemies in Sanctuary, so this region should be visited if we want to restock on ammunition, buy new weapons and upgrades, or simply if we want to modify our character.

Borderlands 2 Sanctuary also features a Fast Travel station that can be used if we dont want to backtrack to some previous locations.

Another thing that should be noted is that in Sanctuary we can activate many optional missions from the Bounty Board or by talking to various NPCs, but for most of them well need to travel to other areas.

This is not a problem, because the complete Borderlands 2 walkthrough makes sure that we will accomplish all of them in the right order. 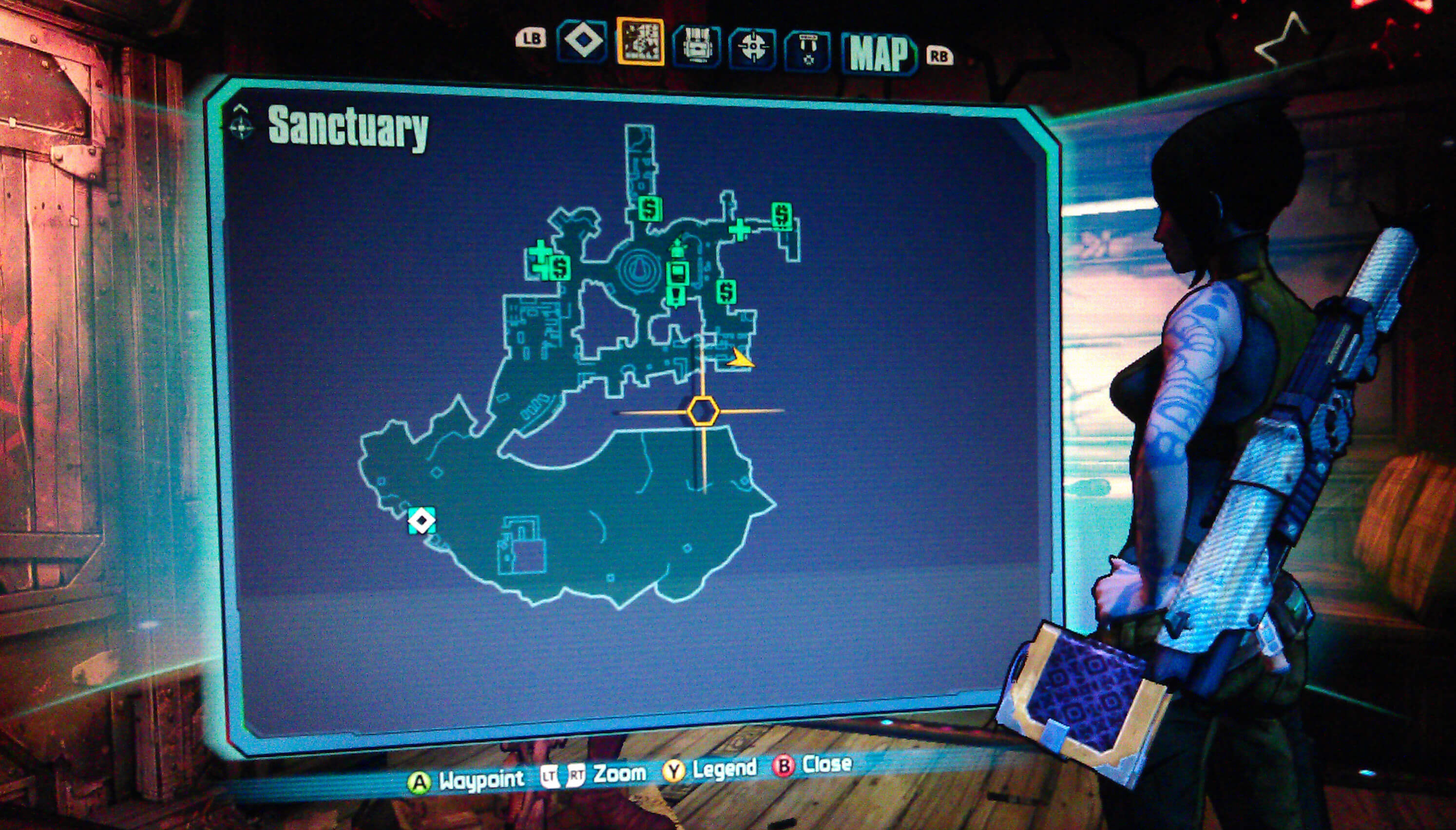