After completing A Train to Catch, the next story mission, Borderlands 2 Rising Action, is triggered automatically when we speak with Lt. Davis outside the town of Sanctuary.

Given the fact that in the previous mission we acquired an experimental power core, in Borderlands 2 Rising Action, we must help installing it in Sanctuarys defense systems.

You grabbed an experimental power core from Tundra Express. Given that such a core could keep Sanctuarys defense shield powered indefinitely, Roland requested you to bring it back to Lt. Davis. Give him a hand installing it, will you?

Borderlands 2 Rising Action mission begins in the exact same place where The Road to Sanctuary story mission ended. Thus, our first task is an easy one and can be completed just like the last time: we remove the power core thats near Lt. Davis (the small building outside Sanctuary), and then we install the Hyperion power core we found earlier.

Soon after installing it, we realize this is actually a trap, because we learn that the AI known as The Angel actually works for Handsome Jack, hence she actually lowers Sanctuarys shields.

Sanctuary is now attacked by the Hyperion spacecraft in the sky, and Scooter needs our help immediately in the town center.

When we get to him, while avoiding the attacks, he says we have to cycle the ignition primers. We activate the first one (in the opposite direction), and then we go to the last one (these are actually the exact same spots where we installed the power cores in Plan B mission).

Next, we need to get to Roland in Crimson Raiders HQ to acquire some Eridium for Lilith.

Roland is trapped under some rubble in the newly opened room upstairs, but he insists to leave him there and only grab the five Eridium nuggets scattered on the floor.

Then we get back to Lilith and we give her the Eridium. She teleports us by accident outside of town, and by doing this we actually get to see the town of Sanctuary flying. Moments later, during the conversation with Jack, the town will vanish.

The exit point is located on the west side of the map. Arriving at the destination we encounter some resistance, and its not a bad idea to save some ammo and use the vehicles weapons instead.

After we climb the stairs, the Borderlands 2 Rising Action mission status will change, and we have to turn it in by using the glowing button marked on the map.

As soon as we do this, Borderlands 2 Rising Action ends, and the games plot will advance one chapter, unlocking the Bright Lights, Flying City story mission. 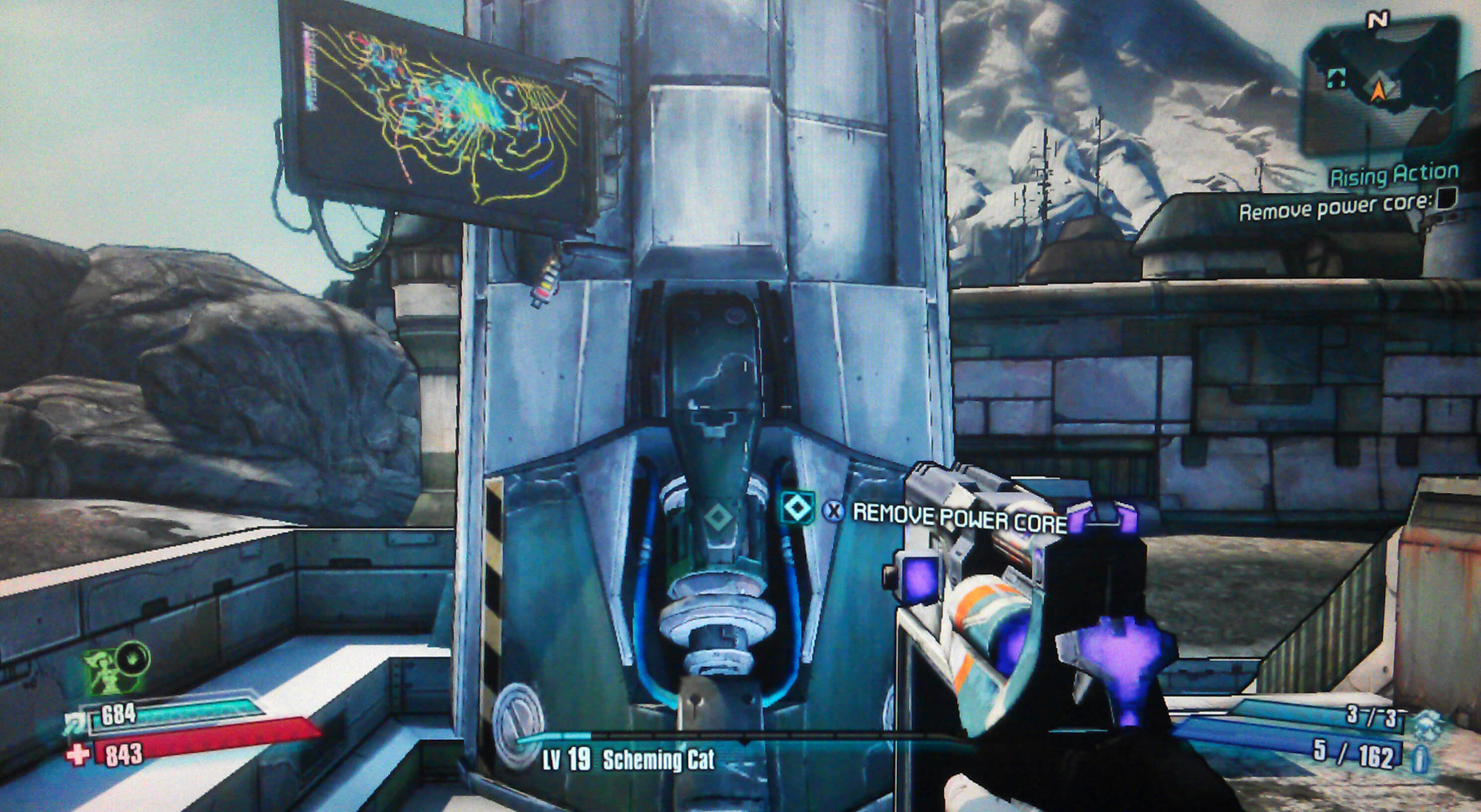