Borderlands 2 Opportunity is a Hyperion city built on an island, and it represents Handsome Jacks most valued thing.

Although it may be accessed at an earlier point in the game, it is recommended to first travel here during The Man Who Would Be Jack story mission, for the fact that we will also have some optional missions that can be accomplished here.

The Borderlands 2 Opportunity city is connected to The Highlands area through a bridge, and it does not feature any other exit points.

It does lack a Catch-a-Ride system, an obvious thing considering the shape and the position of the city, but it makes up for this by providing multiple vending machines scattered across the city.

Borderlands 2 Opportunity is an area different than any other regions in the video game, featuring an entire hi-tech city thats built on water.

The architecture is futuristic, being composed of many tall angled buildings and large markets, but it also has construction sites and loading areas.

Due to the way the city is built, it gives us a little verticality; therefore, creating possibilities for different combat tactics.

Because the city is one of Hyperions properties, more accurately Jacks property, its safe to assume the opponents found in Borderlands 2 Opportunity are engineers and loaders.

However, now we will encounter more powerful enemies, with some new variations, especially in the loaders ranks.

This indicates the fact that we should come to Borderlands 2 Opportunity well prepared, preferably with many corrosive weapons.

Moreover, our characters level must be high enough to quickly eliminate the encountered resistance; otherwise, we are going to have a hard time killing them all (we could always get more XP by attempting other optional missions included in our complete Borderlands 2 game guide). 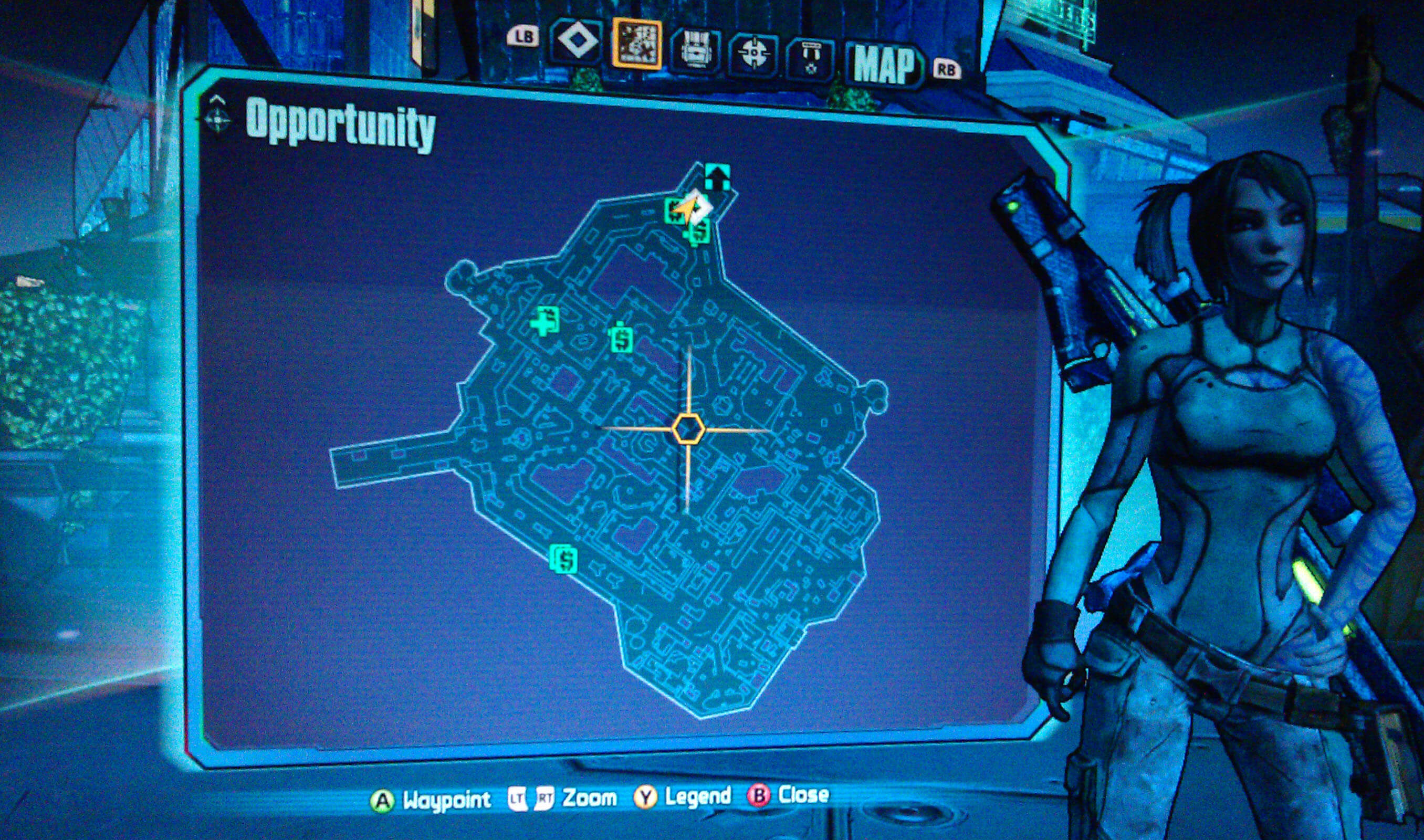