Borderlands 2 Minecart Mischief is an optional mission that can be started in the Abandoned Mining Site region from Caustic Caverns.

We can trigger the Borderlands 2 Minecart Mischief mission by picking up the old ECHO recorder thats on a post marked by the yellow exclamation mark on the map.

By listening to this old recording we find out that a character named Amelia Harchek, said that all minerals need to be pulverized by the mineral crusher from this area; but first we need to acquire some minerals to crush.

You found an ECHO explaining that all minerals must be pulverized by the rock crusher at the end of the mining track. If you can get the mineral chunk to the rock crusher, youll be able to get at whatever goodies it holds

Our first task in Borderlands 2 Minecart Mischief is to go to the indicated location and find the minecart. The minecart is at the end of the tracks, and it is guarded by a volatile crystalisk.

After the area is cleared of enemies we just have to go behind the minecart and start pushing it down the tracks.

At some point we will reach a closed door and more volatile crystalisks will attack us. When the enemies are eliminated, we push the minecart until we can go no further, and then we open the door using the rotating wheel thats now enabled.

Near the second door we get attacked by threshers, and after the door is opened in the same manner as the last one, varkids will spawn behind it.

In this tunnel, before the third and final door, we have to fight with multiple varkids, paying attention to the adults that can fly.

The crusher gives us five raw Eridium pieces, and we need to get them right away. Next, we turn in the Borderlands 2 Minecart Mischief mission in the exact same spot where the Eridium is discarded. 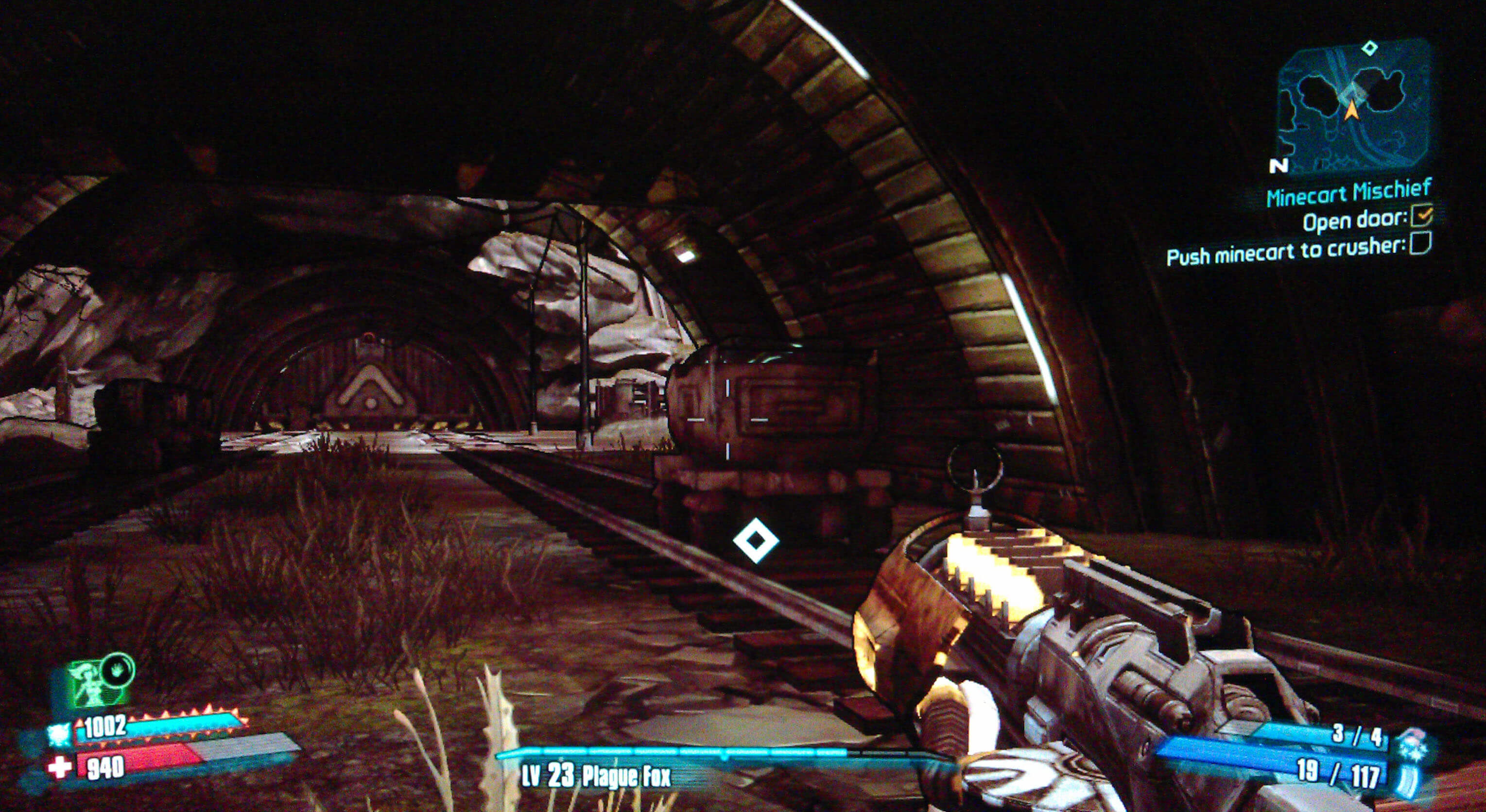