Borderlands 2 Hell Hath No Fury is a mission available after completing The Once and Future Slab, if we can go talk to Moxxi in Sanctuary.

In Borderlands 2 Hell Hath No Fury Moxxi says that Handsome Jack destroyed her Underdome (reference to the 2nd DLC from the original Borderlands game) and now she found out that he is going to build his own Underdome.

Moxxi cant accept that, and she wants us to go to Opportunity and kill the construction foreman.

Moxxi used to run a deadly tournament known as the Underdome. As revenge for her infidelities, Jack burned it to the ground. She has recently discovered that Jack plans to build his own Underdome in Opportunity, as a further insult to her  an insult she wont stand for. She asked you to get to Opportunity and ensure that the Underdome will never be built.

To begin Borderlands 2 Hell Hath No Fury, we travel to Opportunity and then we head to the area waypoint showed on the map, eliminating the engineers and loaders that stand in our way. Our task is to find the construction foreman in The Pits area.

This area is crawling with badass surveyors that can be pretty annoying when they drop our shields. Anyway, the foreman will come out when we get here, and he is practically an engineer with a very powerful exoskeleton armor, who can also spawn turrets.

Therefore, the use of a corrosive weapon is highly recommended.  Once he drops down, Moxxi will instruct us to pick up his supply key. However, this key is not carried by the foreman, and can only be found at the base level of this area, in one of the yellow containers we open for cash and ammo.

After we obtain it, Moxxi tells us to use it to open the foremans shed found on the south side of Opportunity. In order to reach it, and continue the Borderlands 2 Hell Hath No Fury mission we have to climb on some stairs until we are at the top level.

The key will open the container, and then we will have to look whats inside. We find some explosives that must be used to destroy a floodgate. After we pick up one of the explosives and we get outside, a Constructor will attack us, together with several PWR Loaders.

However, it is not necessary to destroy him to finish Borderlands 2 Hell Hath No Fury,  if we feel we dont have enough firepower; because we can just drop down from here and go through a ventilation tunnel to get to our objective. We place the explosives on the floodgate, and then we use the ladder nearby to avoid the flood.

Now we can return to Moxxi to get our reward and turn in Borderlands 2 Hell Hath No Fury optional mission. 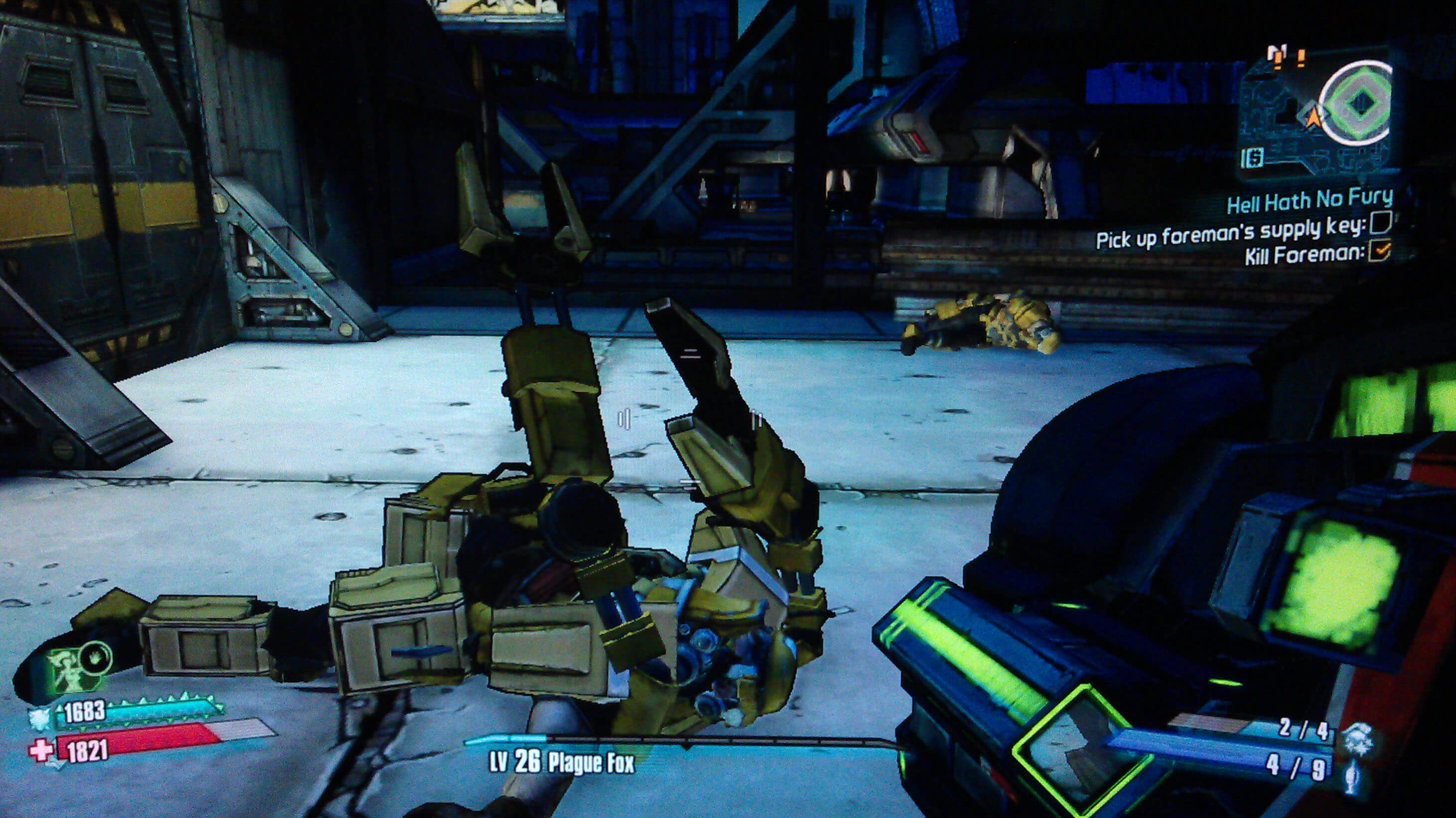