Borderlands 2 Get To Know Jack is another optional mission found at the bounty board in Arid Nexus Badlands.

Mordecai tells is its a good idea to grab some files regarding Handsome Jack, while we are in the Arid Nexus area.

By researching his background and uncovering security footage from different stages in his career, you have come to a logically sound conclusion: Jack is a douche who should be killed.

Borderlands 2 Get To Know Jack is another mission based on collecting items, where we have to find five Jacks journals. The journals are scattered in both Arid Nexus areas, two in the Badlands and three in the Boneyard.

The first journal is easy to find, its in a small shack to the north, close by the large wind propeller.

The second ECHO journal in Borderlands 2 Get To Know Jack may be tricky to get depending on when we search for it, because its in the same area with the giant loader named Saturn (Data Mining story mission) and it is a chance to face him again.

Nevertheless, the recorder is on top of a building nearby, and in order to reach on top of it we have to jump on the lower roof while standing on the handrails behind this building, and then attempt a side jump on the main roof.

For the last three journals we have to go to Arid Nexus Boneyard. The third one is in a container filled with EXP Loaders, on the eastern side of the area (Loader Maintenance Depot). It is recommended to come prepared with a vehicle, for the fact that its easier to get rid of the loaders.

For the fourth journal required in Borderlands 2 Get To Know Jack, we have to travel south, near the edge of the map. This one is easy to find, since it just sits on a shelf inside the garage.

The fifth and final journal is on top of a windmill near the hole in the Eridium pipeline (the hole we made in Data Mining story mission), in a rakks nest.

However, before attempting to get it down, we must be aware of the fact that this ECHO recorder may bug the entire mission in the current playthrough if done incorrectly. We can clearly see that is an electrical wire that leads from the windmill to the small structure just beside it.

On this structure is a switch that if it gets activated it will blow up the rakk’s nest. At this point, a rakk bird flies with our journal. It is important to shoot it right away, or better yet, we can equip an elemental shield and then wait for the rakks to swoop in and kill themselves.

Once we have all the info we need, we turn in the Borderlands 2 Get To Know Jack mission at the bounty board in Arid Nexus Badlands. 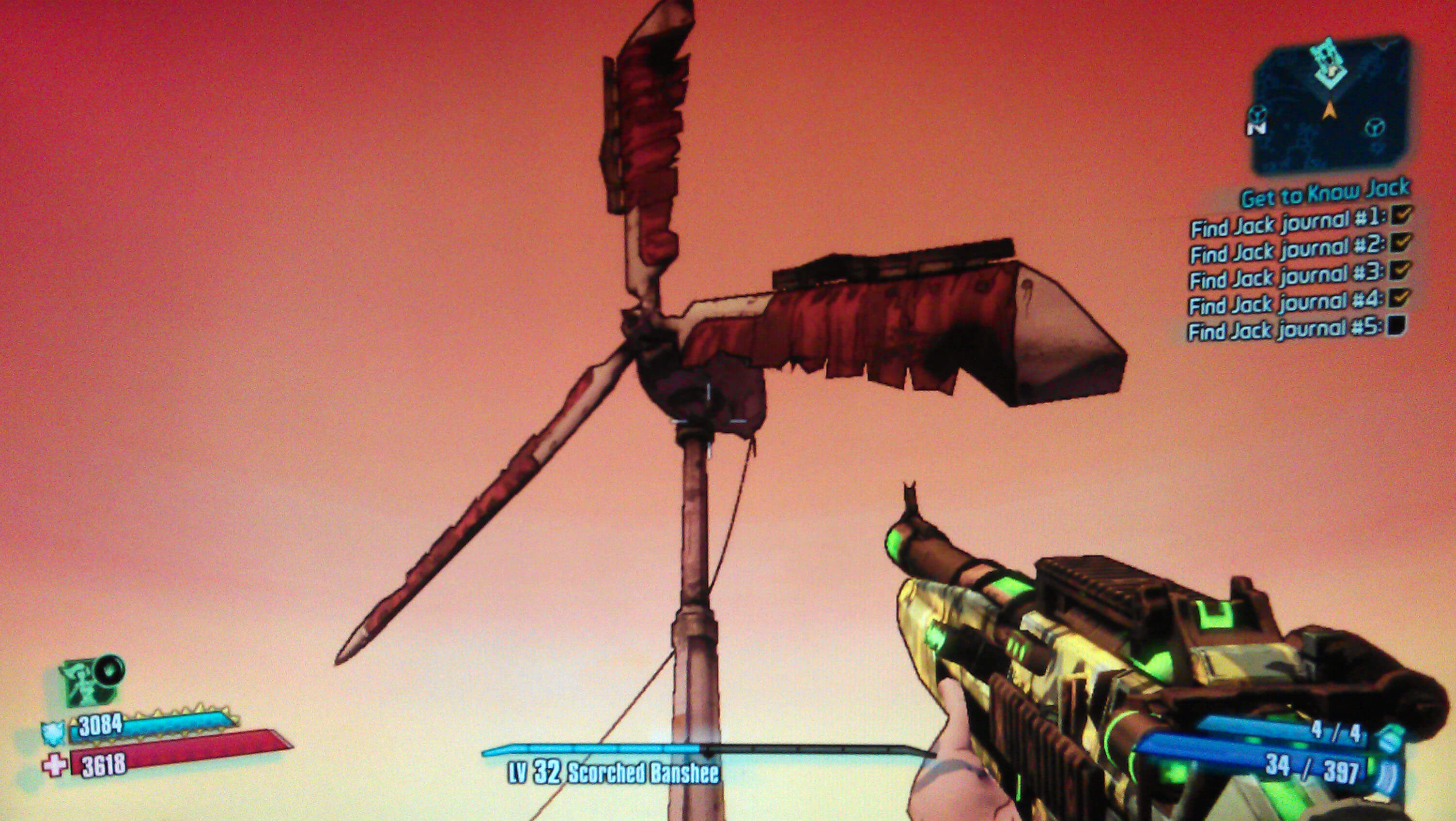