Borderlands 2 Eridium Blight is the final large area in the video game, and it can be accessed during a story mission near the end of the story.

Like many other areas, it lacks the presence of NPCs (with a small exception), but that does not mean we cant acquire a decent number of optional missions in this region.

Its connection with previously visited areas is made through the exit point to The Dust, on the western side of the map.

On the southern side, Borderlands 2 Eridium Blight region has three exit points: to Arid Nexus Boneyard, to Ore Chasm, and to Heros Pass.

The last exit point is to the north, and it leads to Sawtooth Cauldron, another story related zone.

Borderlands 2 Eridium Blight is unlike other areas featured in the game, because its filled with signs of Eridium, the purple hues being the most obvious.

The landscape is desolate, with scarce signs of vegetation, and to the north, it even features a volcano with flowing rivers of lava.

While the bandit camps are present alongside the mountain, the Hyperion installations tend to occupy the southern side of the region.

However, this is a large area and these camps and facilities are not that close to each other, hence we have to use the available Catch-a-Ride systems if we want to travel around faster.

The human opponents are the usual bandits and the Hyperion personnel, but we also encounter a new type or two of loaders.

The Bullymongs make their return in the form of Bedrock Bullymongs, and they are a threat once they attack in large packs. Other than that, its easy to kill them with a vehicle.

Like all other areas in the game, Borderlands 2 Eridium Blight includes a series of challenges, an interesting one being that where we have to travel to the north-western side to beat the lava mountain.

It should also be noted that in the small zone named Ore Chasm we can participate in the second round-based tournament of the game (the first one is inside Finks Slaughterhouse from The Fridge region), but this time we will mostly fight robot loaders. 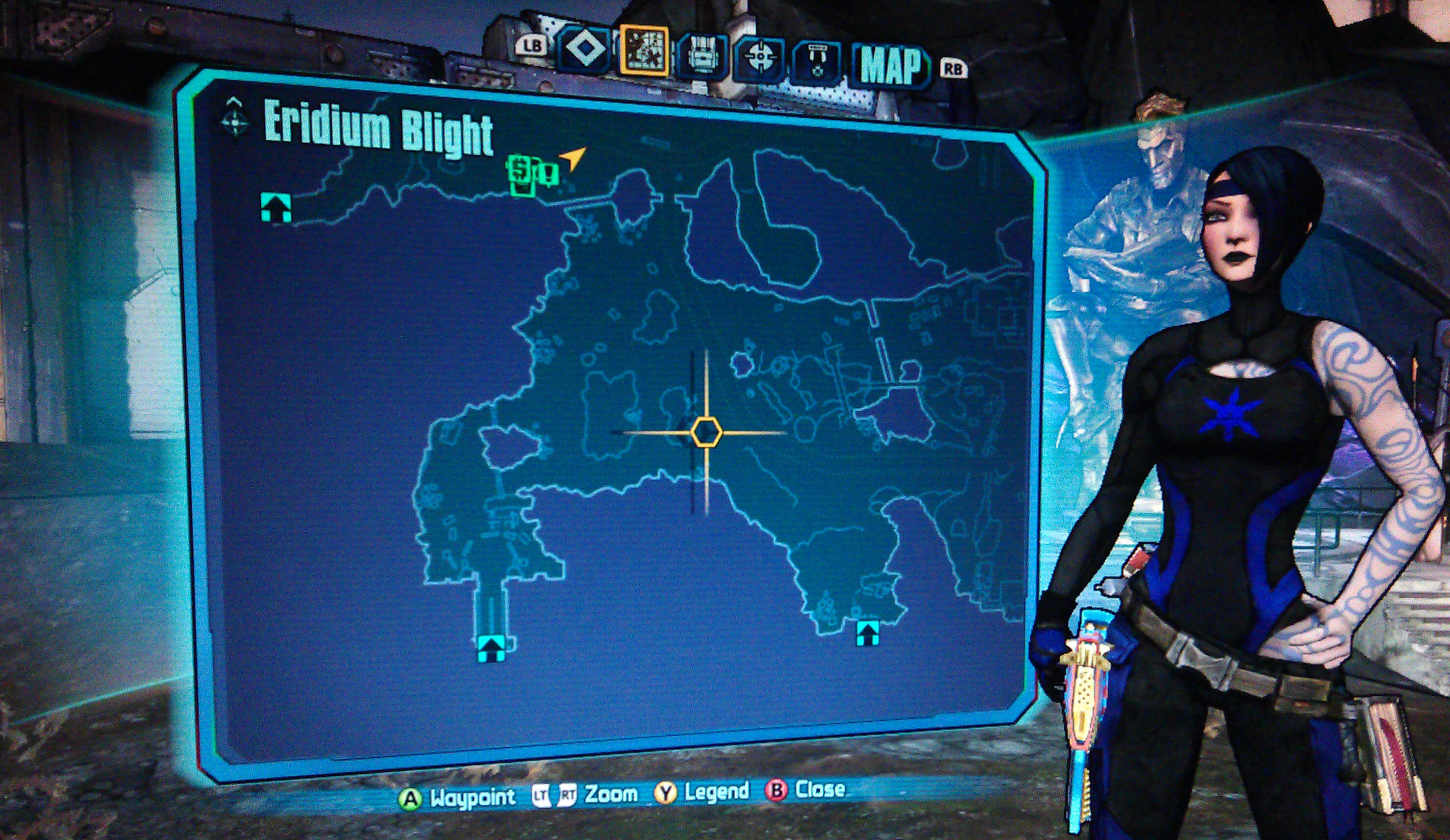