Borderlands 2 Data Mining is automatically triggered when we press the button in Arid Nexus  Boneyard to turn in Toil and Trouble.

Mordecai informs us that the only way to infiltrate the Hyperion Info Stockade is through the main Eridium pipeline, located in this area.

The Hyperion Info Stockade contains all the information regarding Lilith and the Warriors whereabouts. Mordecai has asked you to infiltrate the Stockade through an Eridium pipeline.

As soon as we complete the previous mission, Mordecai tells us to use the Eridium pipeline in order to get inside the Info Stockade. Therefore, our first task in Borderlands 2 Data Mining is to head to the main pipeline in the north.

When we get to the ladder thats attached to the pipeline, the seismic activity will make it fall off. Hence, Mordecai wants us to go to a pump station to increase the pressure so that the pipe can crack.

When we get to the pump station, we have to fight the Hyperion personnel and the loaders, after which we take the stairs to get on a higher level. On this level, we encounter more resistance, and even a few badass enemies. When the area is clear, we crank two valves to overload pump station 1. Then Mordecai instructs us to go and overload two more stations.

Thus, we grab a vehicle from the nearby Catch-a-Ride system, and we head to the second pump station. This time, however, we have to take an elevator, because the station is underground.

This means we should be very careful, because we have to fight the enemies in close quarters (most of the opponents in here are SGT Loaders and ION Loaders). After the path is cleared, we overload pump station 2 using the indicated valves, and then we make our way back to the elevator, killing the newly spawned enemies.

The third pump station is out in the open, meaning we can use our vehicle to thin out the enemy defenses. When we are ready, we get inside to overload the last pump station to increase the pressure to the maximum. Now we need to get back in our vehicle, because Mordecai has the idea to hit the pipe with it.

We return to the main pipeline (where the ladder fell off) and we use the small ramp nearby to jump through the pipe. The pipe breaks, so we can use it to reach Hyperion Info Stockade.

We climb the ladder at the end of the pipe and we get attacked by Hyperion forces, but the thing we should do is to use the exit point to Arid Nexus Badlands.

Once we get inside this new area, we could clearly see that its actually a part from the first map in the original Borderlands game, but it suffered heavy modifications.

Mordecai says all the information regarding Pandora is stored in the Stockade; hence we need to get to it. Next, we follow the path to the waypoint, while dealing with a new type of loader, the JNK Loader. Near the waypoint, we have to face a giant loader called Saturn.

Since Saturn performs mostly long range attacks (rockets, guided missiles), and we fight with him in an open area, its recommended to keep a safe distance and get back in the previous area where we have enough cover to dodge his attacks.

From here, we could use a rocket launcher or other powerful medium to long range weapons. It takes some time to lower Saturns health bar, but eventually he will fall, and once he does that, we continue our expedition near the end of the highway.

Here we have to use the large elevator to get on the highway. Near the middle of the highway we get attacked by loaders, and at the end of it, a badass Constructor spawns. We take cover immediately behind the containers found on the highway, and we use ranged attacks to quickly get rid of him. After that, we can finally enter the Hyperion Info Stockade.

Inside, more Hyperion soldiers attack. Then, Mordecai tells us to find the data access terminal. At the top floor, a bunch of dangerous loaders storm in the place, hence we have to pay attention not to be cornered by them.

When the zone is clear, we use the data access terminal nearby to download the location of the ancient Warrior. Hes located in Heros Pass an area connected to Eridium Blight. After Mordecai’s commentary, we pick up the ECHO recorder with the map data that pinpoints his exact location.

Borderlands 2 Data Mining is now complete and we can get back to Sanctuary to complete it, but not before being ambushed by two Constructors that we may, or we may not want to kill.

Regardless, we return to Mordecai to activate the final chapter and mission in Borderlands 2, The Talon of God. 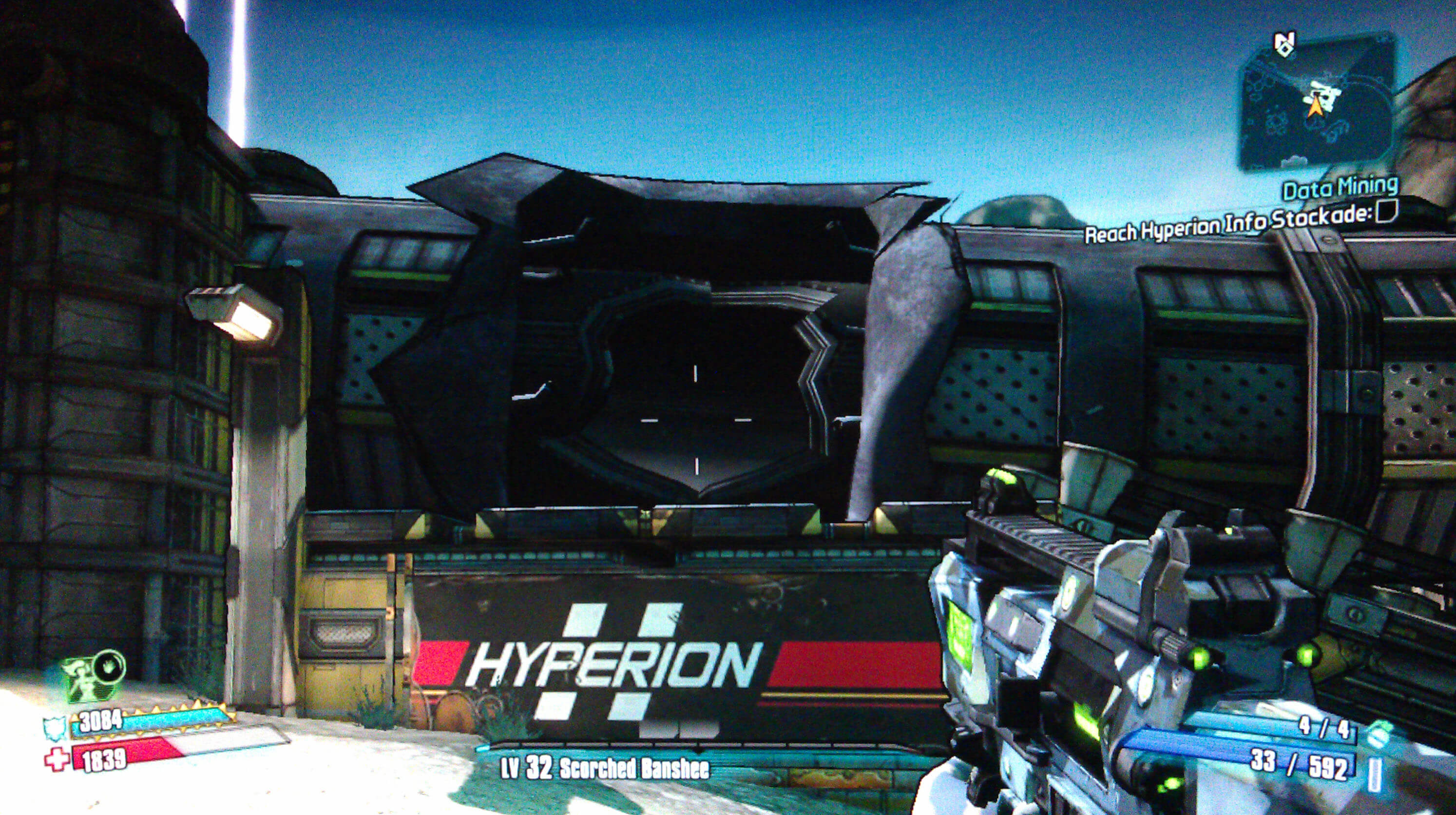