After the relocation of Sanctuary in Bright Lights, Flying City story mission, we can go to Sanctuarys bounty board to activate Borderlands 2 Clan War: Starting the War, the first optional mission in Clan War series.

In Borderlands 2 Clan War: Starting the War we have to ignite a clan war between the Zafords and the Hodunks, and for this to happen, we must listen to Ellies plan.

Two bandit clans have been a thorn in Ellies side: the Zafords and the Hodunks. She has concocted a plan to start a war between the two families: all you need to do is cause a ruckus at each clans home base in The Highlands and The Dust, then leave the emblem of the opposing clan in the wreckage. With any luck, theyll be killing each other off by sundown.

When we activate Borderlands 2 Clan War: Starting the War at the bounty board in Sanctuary, Ellie will contact us to say that we need to get to The Dust area to speak with her.

Ellies plan is to go inside each factions base, kill some enemies, and then leave behind the emblem of the opposing faction.

But first, we have to grab the two sticks of dynamite on the table, and then go behind the garage to get the family emblems. When we have the necessary stuff, we take a vehicle and we travel south, to sabotage the Hodunk Speedway. At the waypoint we can see a large billboard with a tire attached to it.

We need to destroy that tire by placing the explosives at the base of the billboard. Once the tire is down, we have to get inside to place the Zaford familys emblem. We kill the opponents and we place the emblem on the tire.

Next, we have to go to The Holy Spirits bar near Overlook in The Highlands region.

Here, in order to annoy the Zafords, we plant an explosive charge on their liquor supply. After the explosion, we place the Hodunk familys emblem at the base of the destroyed barrel.

Our next objective is to answer their call by taking the exit point to The Holy Spirits area. We speak to Mick Zaford, and then we also turn in the Borderlands 2 Clan War: Starting the War mission to him, so we can start the next one in line, called Clan War: First Place. 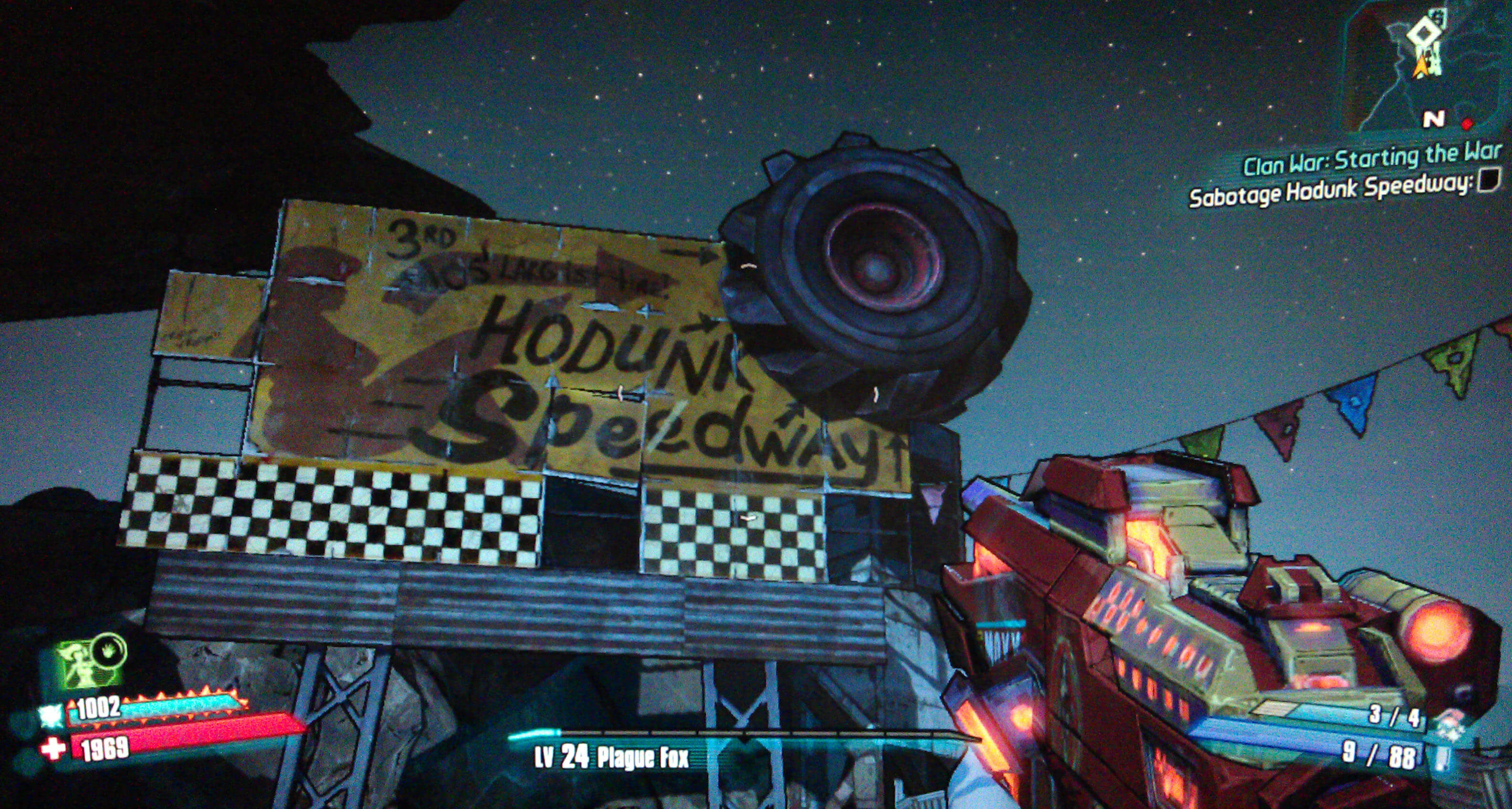