Borderlands 2 Caustic Caverns and Sanctuary Hole, are two regions that are available after the attack on Sanctuary in Bright Lights, Flying City story mission.

Borderlands 2 Caustic Caverns and Sanctuary Hole cant be accessed before this specific main mission, because they are in the same spot where Sanctuary was, before relocating to The Highlands area.

Sanctuary Hole is connected to Three Horns Divide and it has an elevator that leads underground to Caustic Caverns. Caustic Caverns does not lead anywhere, but it features a Fast Travel system inside.

Sanctuary Hole is a tiny area that remains after the departure of Sanctuary, which was actually a mining ship a long time ago.

Aside from some rubble and a small enemy camp, there is not much to see here (except for the giant hole that leads down to Caustic Caverns). The opponents found in Sanctuary Hole are bandits.

On the other hand, Caustic Caverns is a bigger area that stretches only underground, right below the hole left by Sanctuary.

This is actually an old abandoned mining site, as suggested by the large installation nearly the center of the area, and by the mining equipment scattered around. The predominant color is the green emanated by acid ponds.

This is a favorable environment for all sorts of creatures. Therefore, we can find volatile crystalisks near the regions filled with acid, and to the north, where the train tracks are; we will encounter varkids, threshers, and even spiderants in a hive (west side of the map).

This means we should not come in here to accomplish the missions listed in the following Borderlands 2 Caustic Caverns and Sanctuary Hole walkthrough, unless we are well prepared and equipped with proper weapons and shields. 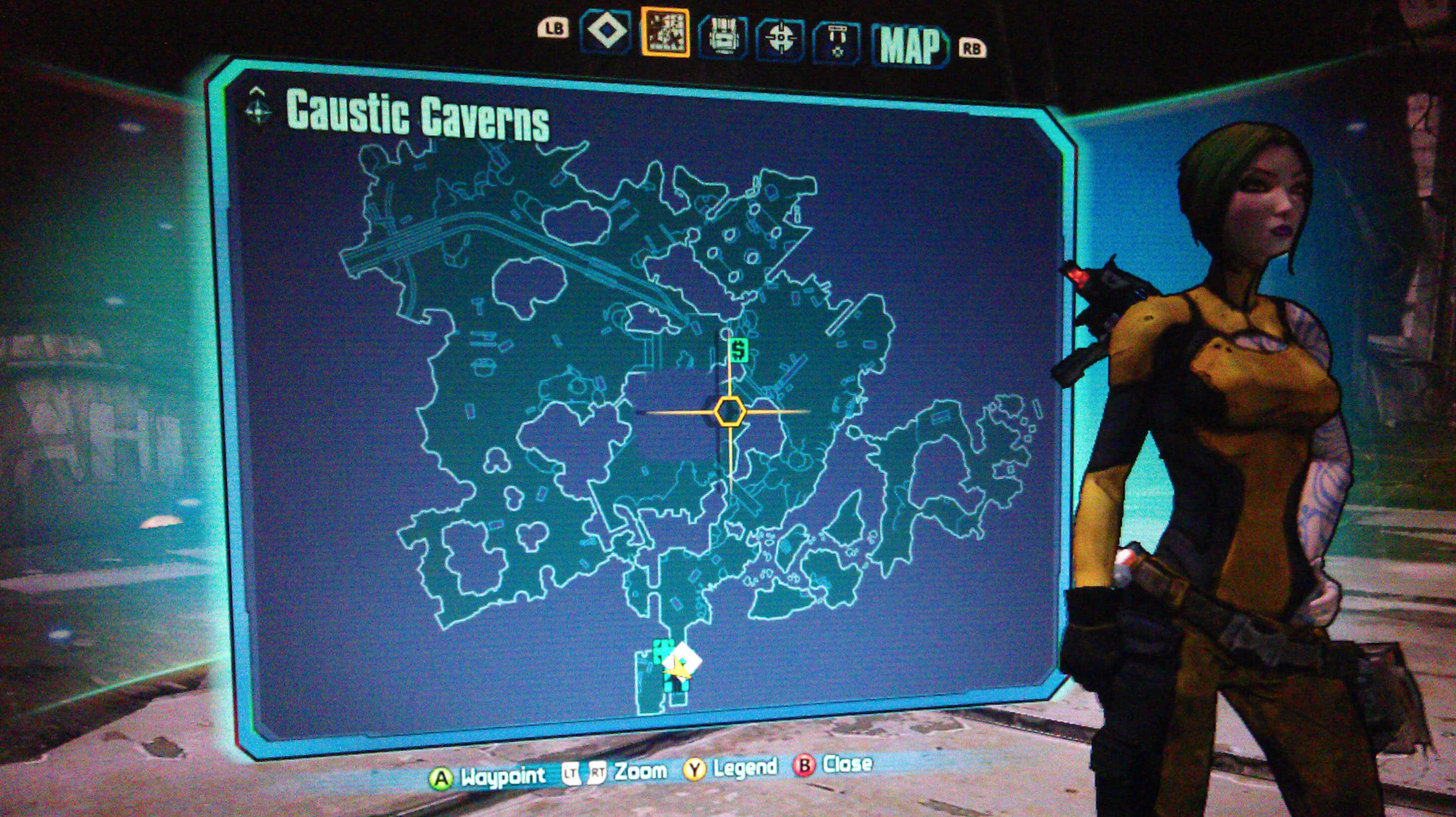