Talking to Brick in Sanctuary after Where Angels Fear to Tread story mission gives us the possibility to activate an optional mission known as Borderlands 2 Capture the Flags.

In Borderlands 2 Capture the Flags, Brick wants us to go to Sawtooth Cauldron and raise Slab flags in Mortars territory in order to prove their superiority.

In their long-running war against Mortars Sawteeth clan, the Slabs have never captured any of Mortars territory. Brick is hoping you will change that. If you can raise three Slab flags on Mortars turf in Sawtooth Cauldron, the Slabs awesomeness as a bandit clan will be solidified.

While the premise of Borderlands 2 Capture the Flags optional mission might seem simple, we actually have to defend a flag while its raised. We should also note that it does not matter which of the three flags we raise first.

When we travel to Sawtooth Cauldron, we take a right turn and we go in the middle of Sawtooth Stilts region.

We place the flag at the marked location, and then we pull the lever to activate the generator that will raise the flag. Now, we have to wait until the flag is up top, while also defending the generator from the opponents.

Now we can climb their structures to access a short tunnel that leads west, to Scalding Remnants region. This area is mostly an open flat, hence we also have to take care of buzzards and threshers, apart from the usual bandits.

For the last flag we have to walk a little more, because its on the other end of the map, in Main Street Reservoir region. Once in this area, the same drill applies.

We place the flag, we turn on the generator, and then we wait for the buzzards and the bandits to show in. We should also use a sniper rifle to eliminate the opponents from the top of the huge tower.

After we destroy the generator we can return to Brick in Sanctuary to complete Borderlands 2 Capture the Flags, so we can focus on other optional missions in this area. 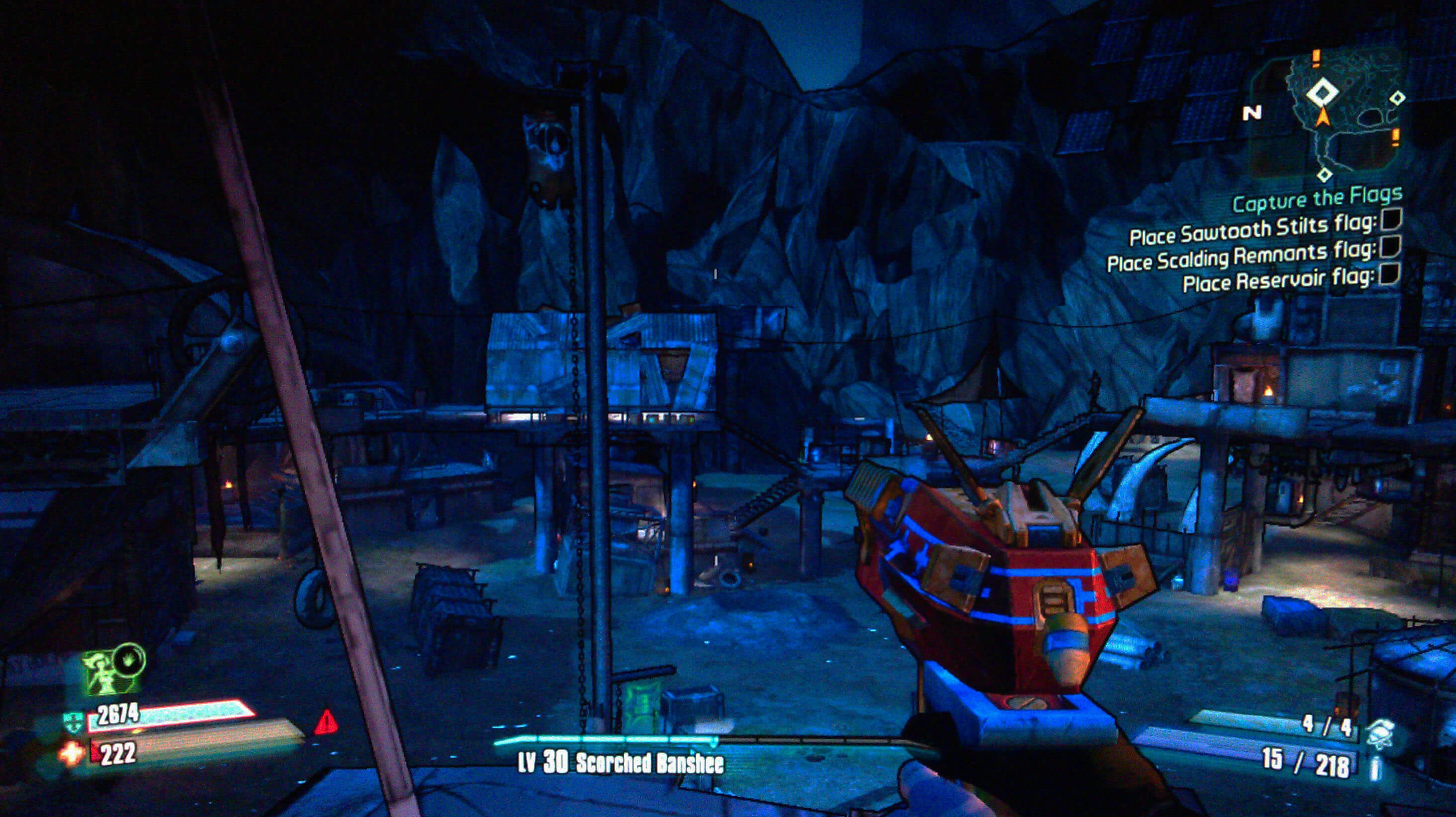