Borderlands 2 Best Minion Ever is another mission available in Borderlands 2 Southern Shelf, and activated after we complete Cleaning Up the Berg mission.

The following Borderlands 2 Best Minion Ever walkthrough refers exclusively to the story-mission we must complete in order to advance towards the next area in the game (Three Horns Divide).

Claptrap wants us to go to Sanctuary, but for that to happen we need to steal back his boat from Captain Flynt.

It is advised that we equip ourselves with better items (preferably an elemental gun), because in Borderlands 2 Best Minion Ever well have two boss fights.

Additionally, we should attend this mission after we finish the Symbiosis mission in Southern Shelf Bay.

Assuming that we have followed the complete Borderlands 2 walkthrough up to this point, the Best Minion Ever story mission should be the only one left in our journal.

After Handsome Jack left you for dead in Windshear Waste, you escaped the cold and met a CL4P-TP General Purpose Robot  the last of his kind on Pandora. He has enlisted you as his minion: you are to help him kill Jack, destroy the Warrior, and save Pandora.

Now that his minion is well-armed and raring for a fight, Claptrap feels that is time for you and him to head to Sanctuary  the last free town on Pandora. In order to reach Sanctuary, you’ll need to steal Claptrap’s boat back from the nefarious Captain Flynt. One obstacle stands between you and Flynt, however: Flynts henchman, an explosives expert named Boom Bewm.

First we need to talk to Claptrap in Liars Berg (Southern Shelf) and then we follow him (and protect him, of course) to the upper area in the northern side of the map.

As soon as we enter through the gate, some enemies will spawn. We eliminate them (Tip: if we have an elemental weapon we can use it to quickly drop them down), and then we return to Claptrap so he can lower the bridge for us to go further; but we must be aware that at the other end of the bridge there are some suicidal enemies that try to get close to us and detonate themselves.

Immediately after getting down from the bridge, a quick cutscene introduces us the boss enemy of this mission, Boom Bewm.

The thing is that there are actually two enemies, Boom and Bewm. Bewm will spawn closer to us and has a jetpack so he can jump around, and he will use grenades to take us down, so we need run around in order to avoid them.

Aiming for the head and using a powerful elemental gun should make this fight a breeze for us, and after we defeat him well receive our first grenade mod, which can alter the way our grenades behave. But then again, we must pay attention to that canon on the upper level and eliminate it as quickly as we can, because the melee enemies will spawn forever.

If we look below that canon we should see the other enemy, Boom, who can be defeated faster using the right weapon (an elemental one).

After we kill both bosses, we either take some time to search the crates, or we go straight to the gate where Claptrap awaits us.

He suggests us to use the big cannon behind us to open the gate so we need to go back and mount the cannon (Tip: He will never shut up, so its safe to blast the gate right through him).

More enemies will come towards us so well need to make good use of that canon, because it has a large AoE (area of effect) damage (but also a slow reload rate, so we need to time our shots carefully).

We proceed through the gate to arrive in a new location called The Soaring Dragon. We take the path to the waypoint, killing all enemies we encounter along the way, and preferably looting all the crates we can find.

At some point well find some enemies beating Claptrap. From now on, we need to protect him and follow him to find Flynt, but he cant climb stairs, so we need to go all the way to the top (killing more enemies) in order to activate an elevator for him.

Following Claptrap will eventually get us to the second boss fight in the Borderlands 2 Best Minion Ever mission, so before entering the arena it is best that we restock on the ammunition.

The fight is not as easy as the first one, because it has two parts. First of all we need to stay in cover as much as possible and use a long range weapon (or a powerful scoped pistol).

Also we must be aware because Flynt throws some powerful grenades which can get us out from the cover, leaving us an easy prey for other enemies.

At some point hell get down in the arena, so now is the moment to use the most powerful weapon we have, but when he is surrounded by fire he takes very little to no damage at all; therefore, its pointless to try to shot him during this phase.

Flynt also performs a leaping attack, which can be easily avoided if we pay attention to the animation. If we need to avoid him to regenerate our shield or recover some life, we can always duck inside the small structure to the left side, because he is too big to follow us inside.

Flynts aura inflicts massive AoE damage, and because of this we must maintain a fair distance.

Combat Tip: If, by any chance, Flynt defeats us, we can kill him faster using a safe spot. This spot is the platform where we respawn; however, we can trick Flynt only if he is in the arena. After we respawn, we buy more ammo and maintain our position near the vending machines, without jumping down.

Since Flynt cant go up, and come towards us, all we have to do is to shoot him constantly. If we run out of ammo, we can use the vending machine nearby, and repeat the step.

We have to remember that once we jump in the arena, we will not be able to go back up; therefore, this strategy works only if Flynt takes us down.

After defeating Flynt, we might want to check what items he dropped, because it is a high chance to find a blue weapon.

Next, we proceed to the waypoint and we board Claptrap’s boat. We speak with him to complete Borderlands 2 Best Minion Ever. This also unlocks the next chapter, and the next story mission, The Road to Sanctuary. 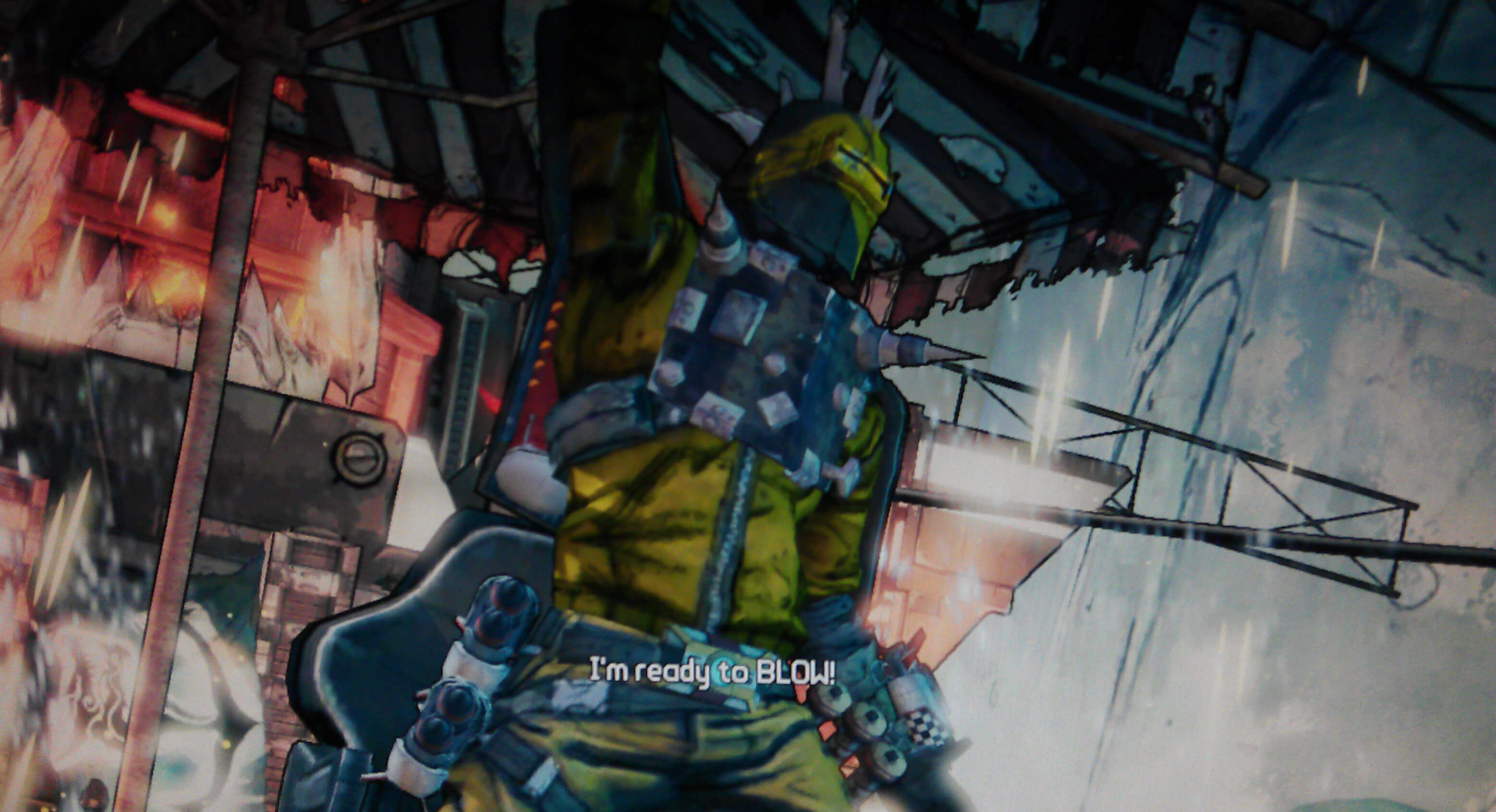