Borderlands 2 Animal Rights is an optional mission that can be acquired by speaking to Mordecai in Sanctuary, after the completion of Wildlife Preservation.

In Borderlands 2 Animal Rights, Mordecai tells us that some engineers are still alive in Wildlife Exploitation Preserve and that he needs us to release three mutated creature types to deal with the engineers.

Mordecai. Furious over Bloodwings death, asked you to head to the Hyperion Exploitation Preserve and free three separate creatures from imprisonment so they can tear the staff apart.

The first waypoint leads us in the harbor, where we have to release the stalkers by pulling a lever on a generator. When the stalkers are released, enemy reinforcements will come.

Now, our task is to kill twelve stalker guards, while trying to keep the creatures alive. The guards are melee based opponents, hence is a good idea to equip an elemental shield, preferably a fire shield. When the fight is over, the remaining creatures will count towards our secondary objective, and we can move on to the next waypoint.

Once we reach it, the skags can be found inside a lab on the eastern side of the map. We release them using the button in front of their cage and then we help them kill twelve skag guards. This time, however, the guards use fire weapons, but theyre still vulnerable to fire. After we complete the objective, we can advance to the last waypoint.

The door to the next waypoint in Borderlands 2 Animal Rights will not open until we defeat the loaders spawned from the orbital station, so that the super badass loader will come out through the door.

We can use the same tactics learned in Wildlife Preservation story mission. The final door before the last waypoint (to the room with the Experimental Greeter) will open only if we force the engineers to come out by killing some of the skags around. When the path is clear, we can go to the badass stalker cage, which is inside the large warehouse near the end of the map.

We release him by pulling the indicated lever, and then we help him in the battle against the twelve guards. Like the first time, using a fire weapon or a fire shield will help us a lot to kill the attackers.

When we complete all of our objectives we can return to Mordecai, but we have two choices. We either return on the same path we came in, or we go along the established path to the Observation Wing, where we have to fight a boss called the Son of Mothrakk (this bird is replacing Bloodwing from Wildlife Preservation mission).

Regardless of the chosen path, we return to Sanctuary and we turn in Borderlands 2 Animal Rights to Mordecai in Crimson Raiders HQ so we can attend to other quests featured in Borderlands 2. 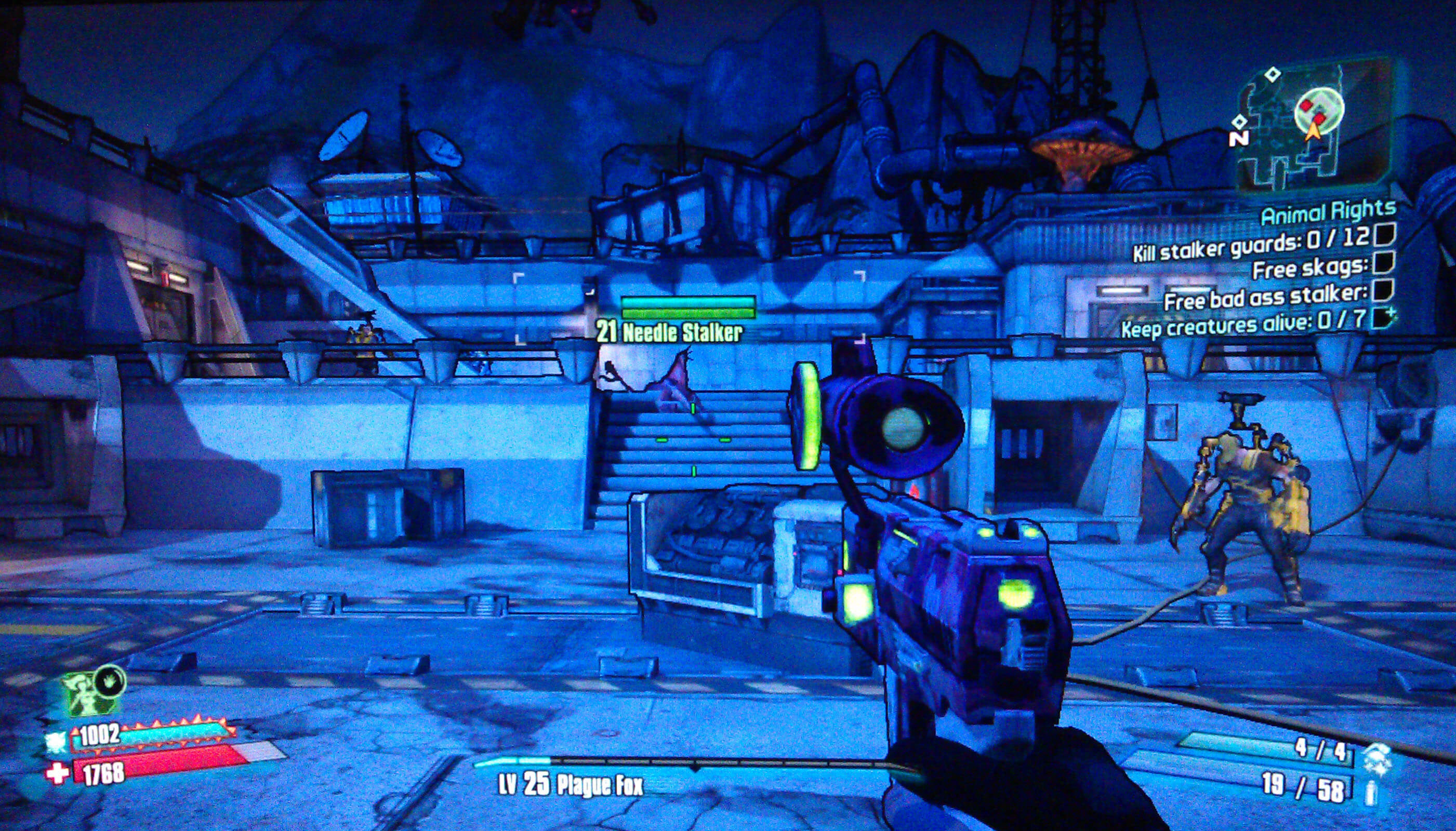