After healing and feeding the skag named Dukino, he still wants more food, so we have to go and bring him some skag tongues.

After healing the hungry skags wounds, you discovered he was starving as well. Maybe you could fill his belly with some chow.

In Borderlands 2 Animal Rescue: Food, the skags can be found in the southern part of Lynchwood, where the mining installations are.

Apart from the enemies we encounter (we should keep our distance from the lab rats that can instantly drop our shield with their vision), the task is simple: when we find a skag, we kill it, and then we collect the tongue that he drops.

The problem is that the skags from The Grinders region are actually armored beasts controlled by a human opponent, meaning that we have to kill them both (or we can search for usual skags near the train station).

If we move a lot we can dodge the armored skags attacks which can be fatal if we dont pay attention to the surrounding enemies.

Tip: Depending on the chosen path, we may encounter the sheriffs posse, an enemy that rides an imposing armored skag. Killing this skag will also reward us with his tongue.

After we collect five skag tongues, we can return to Dukino.

We place the food next to his cage, and after he eats it, we speak to him to finish Borderlands 2 Animal Rescue: Food and get the final quest in the series, called Animal Rescue: Shelter. 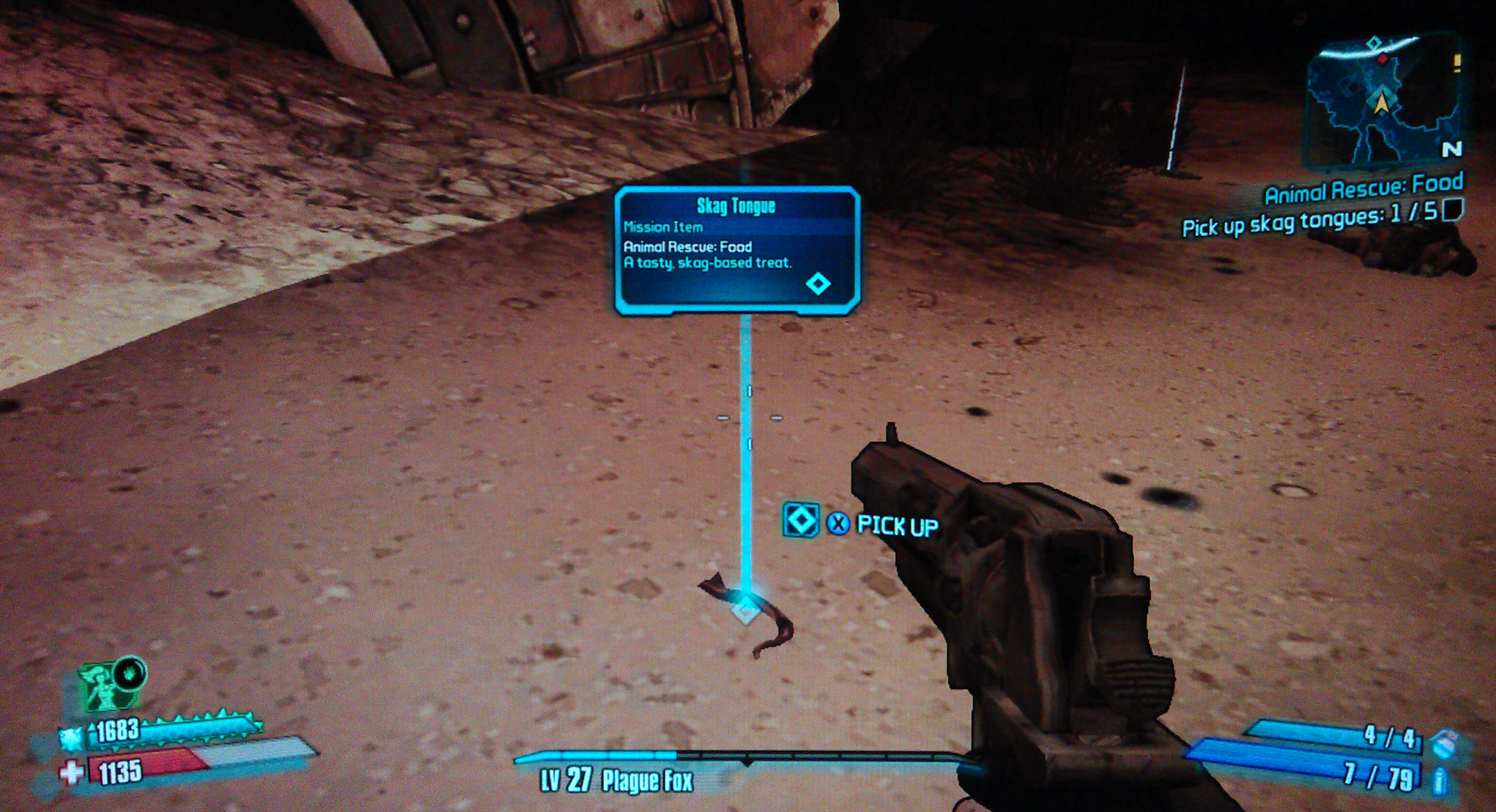