Assassin’s Creed Liberation HD Free Slaves Missions are side missions that can be completed to unlock the Liberation achievement/trophy, and to obtain 100% synchronization at the end of the video game.

Furthermore the Free Slaves side-missions can be triggered only by specific Personas, meaning that you wont be able to see them on your map, unless you switch to the required Persona.

The following Assassin’s Creed Liberation HD game guide explains how to complete all three Free Slaves Missions and how to get full synchronization while playing them.

The guide includes tips and hints regarding the weapons you should use, as well as two maps showing where these missions will be unlocked.

You can opt to complete them after the final sequence in the game, or as soon as they become available.

When the mission becomes available you will find Avelines mother near the stairs and you will be asked to find a slave and escort him to safety.

The slaves location is west from Avelines mansion, and it is marked by a green dot. Once you get close to him you will be asked to free him by killing two guards. At this point, you should stay behind the guards and use Avelines umbrella to shoot your poison darts.

The moment both guards are dead, talk to the slave and you will receive a new objective. This time, your goal is to escort him back to Avelines house, but you are constrained to do it without taking damage while fighting the guards.

Your best option at this point is to avoid all guards; therefore, keep an eye on the minimap and move towards the green dot, but stay away from the main road.

If you follow the alleys behind buildings you wont encounter any soldiers, hence you will not take damage since you wont fight.

The second Assassin’s Creed Liberation Free Slaves mission is called Earthly Belongings and it can be triggered only by the Lady Persona.

The mission takes place in New Orleans and the icon will appear south from Avelines HQ. The slave you have to help is located near a fence, and after you talk to him you will be asked to find his stash. You are also constrained to avoid any casualties, meaning that you cant kill anyone.

First, follow the slave and it will lead you to an alley close to his stash. When he stops, the blue dot on your minimap will become green, pointing to the exact location of the stash. Leave the slave behind and move towards the stash. Eventually, you will reach a guard post.

Bribe the commander, (wearing the white suit), and the soldiers will let you pass. Next, continue to follow the alleys and you will find the red chest containing the items for the slave.

Loot it and return to the slave following the same path. 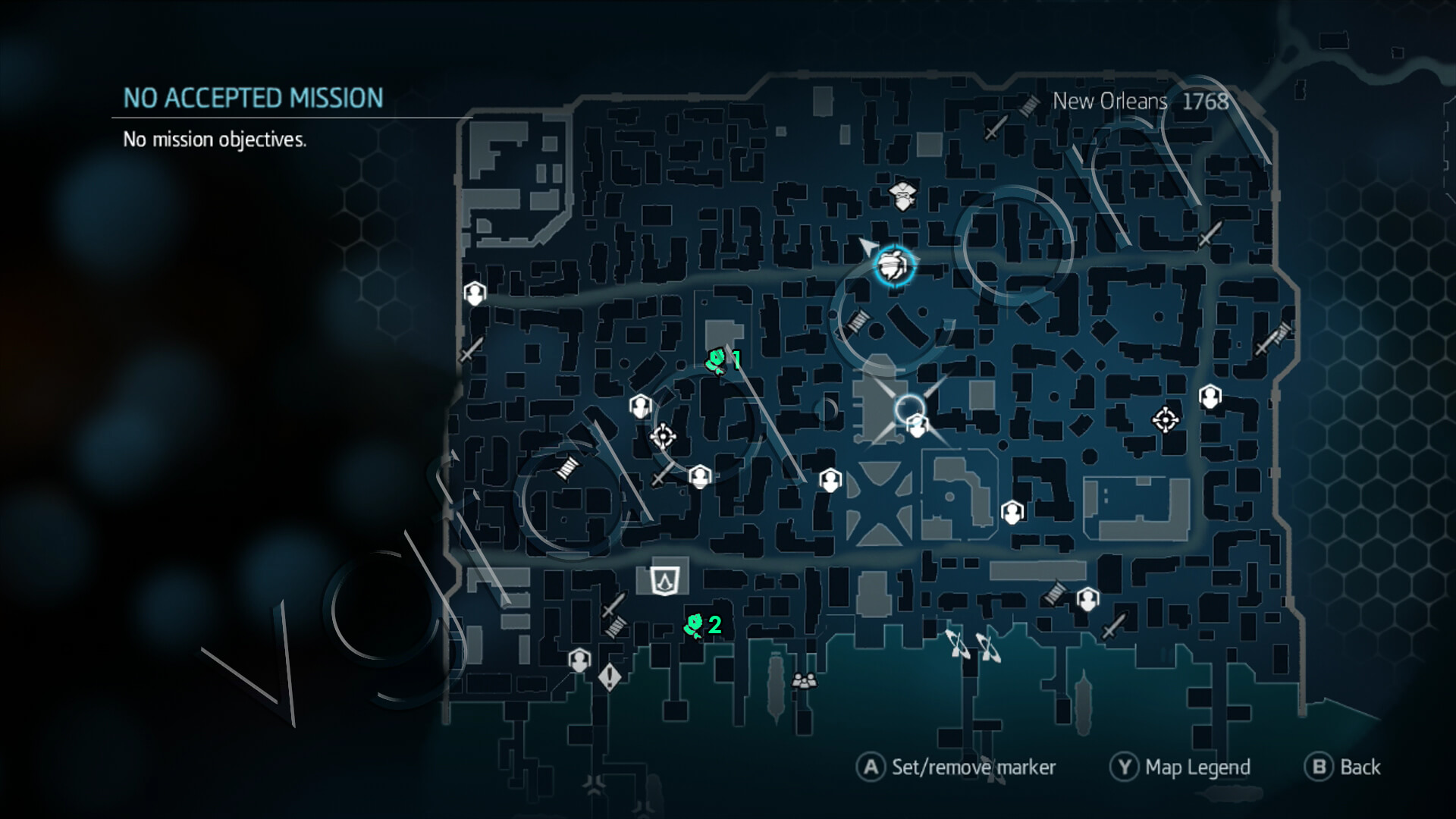 A New Recruit is the third Assassin’s Creed Liberation Free Slaves Mission, which occurs in the area known as Bayou. Unlike the previous two missions, A New Recruit can be triggered only by the Assassin Persona, and by talking to the slave located inside the north-western compound.

When you approach him, you will be asked to find the missing woman, marked by a green dot on your map. Notice that there are no constraints in this mission. Start moving south west, to the large area where the woman is located. Try to stay above the ground to move faster.

When you get close to your target, you will see that the woman is accompanied by three guards, and you have to kill all of them.

To complete the mission faster, rush towards them, and drop a smoke bomb. While they are stunned, kill them one by one, and then talk to the woman to beat the last Free Slaves side-mission. 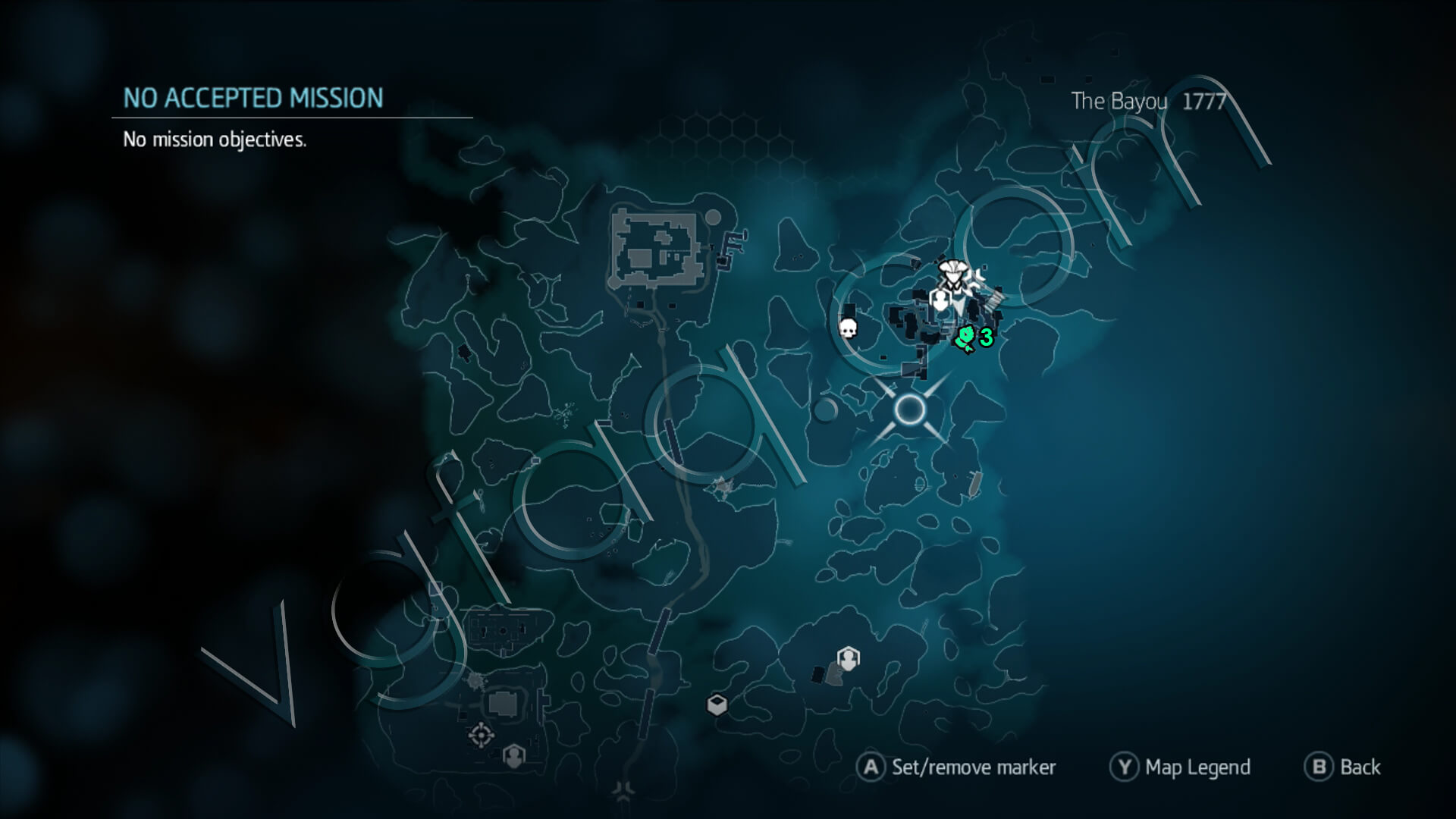